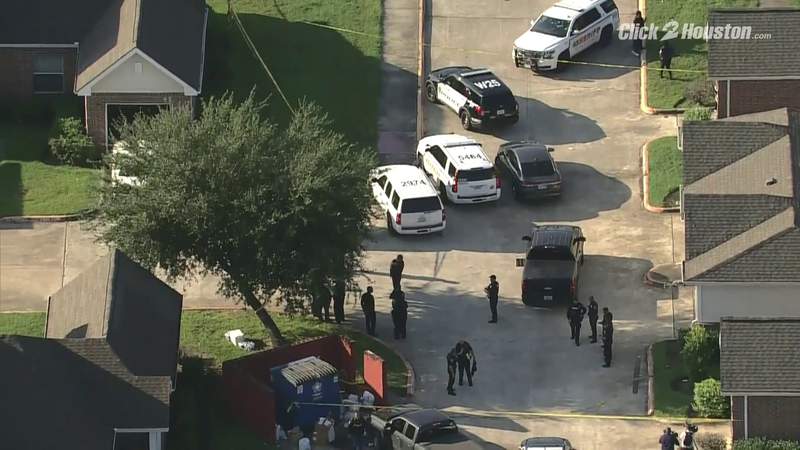 HOUSTON – One officer is dead and another is injured after a shooting in northeast Harris County.

The incident happened around 7:30 a.m. at the Timber Ridge Apartments on Aeropark Drive near Crosswinds Drive, authorities said.

When they arrived at the location, Finner said a woman believed to be in some sort of relationship with the suspect answered the door. At that point, Finner said the suspect immediately came out and opened fire on the officers.

William ‘Bill’ Jeffrey and Sgt. Michael Vance: This is what we know about the HPD officers shot in northeast Harris County

Both Vance and Jeffrey were transported to Memorial Herman, one via Life Light and the other by ambulance. According to Houston Mayor Sylvester Turner, Jeffrey was killed in the shooting. Vance is in surgery and expected to recover, Turner said.

The suspect who opened fire at the officers was also killed in the shooting. According to the suspect’s family members, the suspect was 31-year-old Deon Ledet.

Finner said the woman and a small child were in the apartment at the time of the shooting.