Military officials are scrambling to recover 10 pounds of Composition C-4, after the high-powered explosives vanished from Twentynine Palms Marine Corps Base in Southern California, according to ABC 10News, citing ‘sources with close military ties.’ 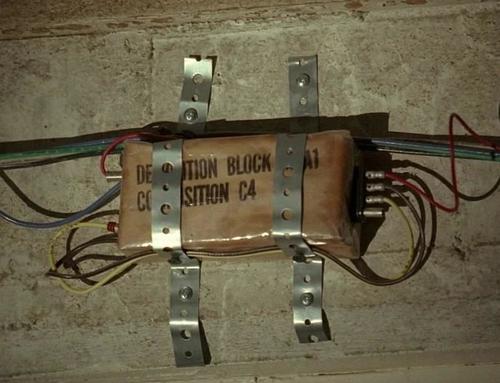 The explosives disappeared during a long training exercise two weeks ago, and are believed to have been stolen.

The unit’s commanding officer is considering extending the training exercise until the explosives are found, sources said. They also confirm the commanding officer messaged subordinate commands about a monetary reward for any information leading to the discovery of the C-4.

The base would not confirm any details with ABC 10News. Capt. Zachary Colvin, with the Marine Air Ground Task Force Training Command, told this station that “the ongoing investigation into this incident is being handled by NCIS and the affected units.” –ABC 10News

A NCIS Public Affairs spokesperson told ABC 10News “Out of respect for the investigative process, NCIS does not comment on or confirm details relating to ongoing investigations.

Retired Captain Kelly Mayer – a former firefighter and bomb-technician with 23-years of eperience, told the outlet that one pound alone could blow up a vehicle when detonated, adding that C-4 is one of the most powerful explosives to be manufactured.