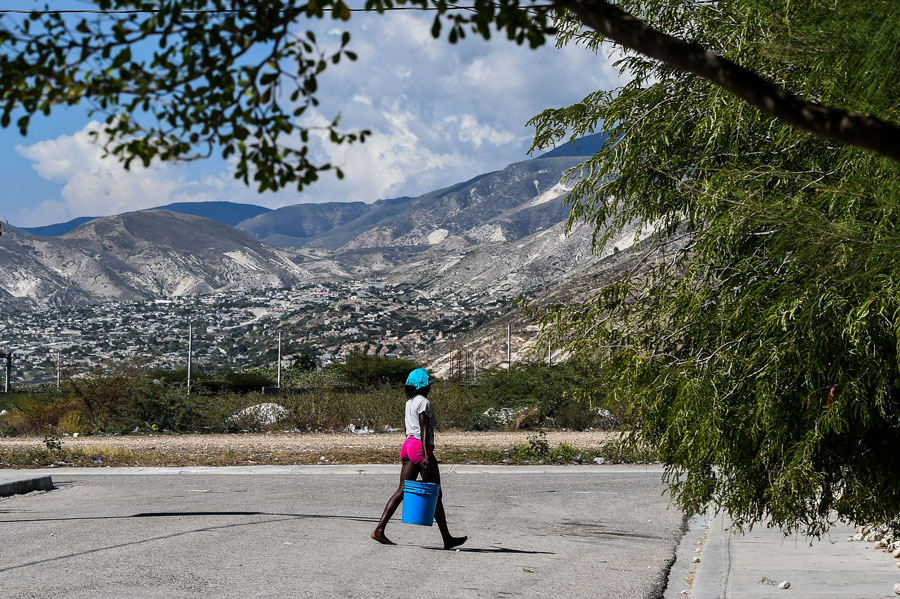 (CNN) — Seventeen missionaries from the United States and Canada, some of them minors, were kidnapped in Haiti on Saturday, according to the organization Christian Aid Ministries.

“The group of sixteen US citizens and one Canadian citizen includes five men, seven women, and five children,” read a statement released by the Ohio-based organization Sunday.

“We are seeking God’s direction for a resolution, and authorities are seeking ways to help,” they said.

An investigation is ongoing, according to a source in Haiti’s security forces, who attributed the kidnapping to local gang members. Haitian officials are in touch with the US State Department about the kidnapping, the country’s foreign minister, Claude Joseph, told CNN.

The missionaries were traveling by vehicle Saturday to Titanyen, north of the capital Port-au-Prince, after visiting an orphanage in the Croix des Bouquets area. They were abducted along the route between the two places.

One of the abducted missionaries, an American citizen, posted a call for help in a WhatsApp group as the kidnapping was occurring, The Washington Post reported, quoting a person familiar with the abduction who spoke on the condition of anonymity.

“Please pray for us!! We are being held hostage, they kidnapped our driver. Pray pray pray. We don’t know where they are taking us,” the message said.

CNN cannot independently verify the authenticity of this message or the report.

A spokesperson for the US State Department said late Saturday it was aware of the reports.

“The welfare and safety of US citizens abroad is one of the highest priorities of the Department of State. We are aware of these reports and have nothing additional to offer at this time,” the spokesperson said.

According to a senior US official familiar with the situation, the US does not know the current location of the kidnapped missionaries. The FBI and State Department officials are working around the clock to secure the release of Americans, the official said.

CNN has reached out to the Haitian Justice Ministry and the National Police but they have not yet commented.

Kidnappings have surged in Haiti throughout 2021, with numbers rising nearly 300% since July.

At least 628 kidnappings have taken place since January, of which 29 are of foreigners, according to data released earlier this month by the Center for Analysis and Research in Human Rights, a non-profit based in Port-au-Prince.

A Haitian transportation union, the Association of Owners and Drivers of Haiti (APCH), has called for an indefinite strike from Monday to protest the spike in kidnappings, among other issues, in Haiti, the group told CNN.

On Friday, the group called on all sectors to join the strike, as the number of kidnappings continues to escalate in Haiti.

“We call on the government to put an end to the kidnappings and provide us safety or for them to resign immediately. We are the most victims; the transportation sector is an easy target for kidnappers all over the country,” Méhu Changeux, president of the APCH, told CNN on Sunday.

“We lost many members to the insecurity and dozens of members have been kidnapped. The latest tragedy of the kidnapping of the American missionaries shows no one is safe in this country. We will fight for our lives and for our future. We call on all sectors to join the fight, don’t wait until it’s your turn to be kidnapped by these gangs. We are hostage in our own country,” Changeux said.

Calls for the strike came just before the missionaries were reported kidnapped by gang members in Haiti.

On Friday, the UN Security Council voted to extend the mandate of the UN mission in Haiti by nine months, until July 15, 2022.

At the UNSC meeting Friday, US Ambassador to the UN Linda Thomas-Greenfield said, “As we all know, the past year has been especially turbulent in Haiti. By renewing the mandate of BINUH (the UN mission in Haiti), we have helped to ensure the UN can continue its vital efforts to support democratic institutions and planning for elections, strengthen the rule of law and promote stability.”

Haitian Foreign Minister Claude Joseph had urged the UNSC earlier this month to bolster the UN mission’s mandate in order to help ensure security and protection for civilians, according to a UN news release.

“These are the legitimate expectations of the people who have suffered enough from gang violence, kidnapping and widespread crime,” Joseph said.