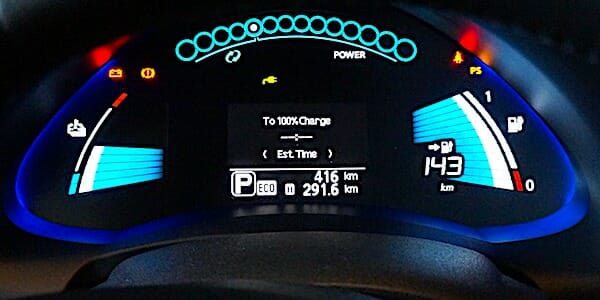 Dashboard of a Nissan Leaf (Pixabay)

Time is running out for Michael Taylor and his son, Peter, in their fight to avoid extradition to Japan. Tokyo prosecutors want them back for their alleged role in helping Carlos Ghosn, the fugitive former CEO of Nissan and Renault, escape from Japan in December 2019.

Ghosn is safe in Lebanon, his home country, which doesn’t have an extradition treaty with Japan.

But the Taylors, who have languished in a Massachusetts jail for the past eight months, could be on an airplane to Tokyo as early as this week and placed into Japan’s notorious “hostage justice” system – unless the First Circuit Court of Appeals in Boston or the Biden administration intervenes.

From where I sit having followed the Ghosn story from Day One, when he was forcibly taken to the Tokyo Detention Center and held in solitary confinement for 130 days, subjected to extended interrogations without his attorney present, we have been played by Japanese prosecutors.

Don’t take my word for it. Take the word of Mississippi Senator Roger Wicker who, speaking on the floor of the Senate in late September, characterized as “bogus” the charges against Ghosn and Greg Kelly, the American currently on trial in Japan for allegedly assisting Ghosn.

Yet, an American judge representing the District of Massachusetts ignored this evidence.

To be clear, the judge didn’t dispute that “prison conditions in Japan may be deplorable” or that “criminal procedures may not satisfy American notions of due process.” She just didn’t think they constitute “severe physical or mental pain and suffering,” the United Nations definition of torture in its anti-torture treaty to which the U.S. is a signatory.

Shame on the judge because it’s not true. They will be interrogated for hours on end without an attorney present. The prosecutors will add charges if they follow their playbook with Ghosn, and keep the Taylors in solitary confinement in perpetuity until they extract a confession.

And what is the real crime – that Michael Taylor, a former decorated Green Beret, helped Carlos Ghosn break bail? The evidence against his son, Peter, is almost entirely circumstantial. Or that Taylor, the Sr., embarrassed Tokyo prosecutors, who shouldn’t have arrested Ghosn and Kelly in the first place by allowing themselves to be drawn into a “boardroom coup,” to quote Senator Wicker?

The consequences of this decision reach far beyond the Taylors to every American living, working and traveling abroad because the judge has set a precedent that we extradite American citizens for nonviolent and non-drug-related crimes – and not clear of any crime in the Taylor’s case – to countries that don’t respect our due process traditions, flawed though they may be.

And Japan, as a rule, almost never extradites Japanese to the U.S. Even the three Takata Corp. executives who were indicted for their role in covering up faulty airbags which killed nearly 20 Americans, have not been handed over to prosecutors in Michigan four years after criminal indictments were handed down.

And they never will be.

“In Japan,” said former Justice Minister Masako Mori one month after Ghosn’s escape, “interrogation often remains the only means to extract statements from suspects. Keeping defense lawyers out of interrogations is needed…”

But if the Taylor’s extradition goes through, it could have long-term consequences because of the precedent it sets: although a high-profile case, it is not the sort of crime – helping a businessman jump bail – that historically warrants extradition.

It is setting the bar exceedingly low, perhaps historically low.

Bottom line as someone who’s lived abroad for more than 30 years: We shouldn’t be extraditing Americans to places where they might be tortured (regardless of whether torture is “severe” or not) and will certainly be denied the sort of due process we expect here.

Roger Schreffler is a veteran correspondent who was based in Tokyo for more than 25 years covering the Japanese business scene. He is currently a contributor to Asia Times and WardsAuto. The views expressed are the author’s own.

The post 2 men face being shipped from U.S. to Japan for prosecution appeared first on WND.