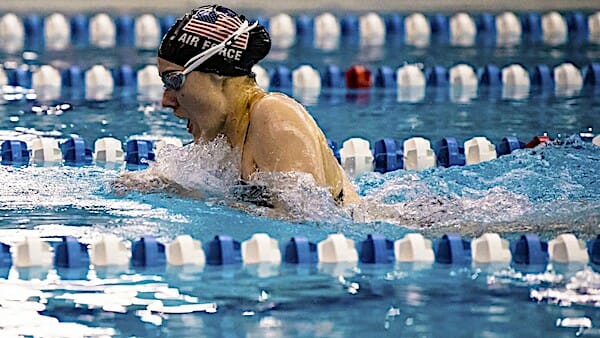 A year from now, some of the world’s greatest athletes are scheduled to compete for medals and glory at the Winter Olympics. The host country, China, is looking forward to another cameo on the world stage. Its leader, Xi Jinping, has promised an event that is “fantastic, extraordinary, and excellent.”

“A rebuke to humanity” would be more accurate. If there was ever an event that deserved universal repudiation, it is the 2022 Games. Overshadowing the awe-inspiring athletic performances will be the Communist Party regime’s remorseless persecution of the Uighurs and other minorities.

Just last month, the U.S. State Department determined that the campaign amounted to genocide, and the basic facts are barely disputed. Even Chinese government officials acknowledge that Uighurs have been singled out for special treatment, though its euphemisms for forced assimilation and religious suppression include “job training,” “deradicalization,” and “poverty alleviation.” Upwards of 1.8 million people have been incarcerated in what some have called the largest campaign of ethnic persecution since the Holocaust.

Despite this grim reality, the International Olympic Committee has no plans move the games to a more suitable site, and has balked at suggestions that it press Beijing on human rights issues. While many independent activist groups have called for an organized boycott, this will almost certainly be rejected.

But individual athletes, governments, sponsors, and people of conscience do not have to contribute to a propaganda victory for a monstrous regime. There should be no business as usual with a government that sends its citizens to “reeducation camps,” forces women to undergo involuntary sterilization, and imposes grotesquely long prison sentences on those who raise their voices on behalf of freedom.

During the 2008 Summer Games in Beijing, the United States tried an approach of engagement. Hoping that his presence would encourage liberalization, President George W. Bush attended the opening ceremony. He properly criticized human rights abuses in China while making it clear in an interview with the Washington Post that he was attending “to show respect to the Chinese people.” Jacques Rogge, the chairman of the IOC at the time, flatly predicted that the event would “open up China.”

In fact, the opposite has happened. The Chinese government is heading in a much more repressive direction, not only violating the rights of its own people, but also targeting critics abroad and seeking to bully democratic nations into holding their tongue about crimes that shock the conscience.

This time around, President Biden must do everything possible to signal his revulsion at China’s hosting of the Olympics. He should forbid U.S. officials from attending and rally the leaders of other democracies to stay away as well. Official attendance should be conditioned on clear steps that Beijing can take to end its litany of human rights abuses.

Cultural figures should follow suit. In 2008, director Steven Spielberg quit as an artistic adviser to the Beijing Olympics in order to protest the Chinese government’s support for the government of Sudan, which had pursued a genocidal campaign in Darfur. Given Beijing’s far more direct culpability today, there is no reason for any major celebrities to lend their names to the 2022 Olympic enterprise.

Business leaders should rethink their sponsorship of the games. Companies are facing mounting pressure from shareholders, employees, and customers over Beijing’s human rights practices, and their exposure will only grow if they associate themselves with the propaganda objectives of one of the leading enemies of freedom in the world.

Media groups that broadcast the Olympics could help by airing special features during the games about the situation in Xinjiang province and other regime abuses, so as to educate audiences on the political context of what they are watching.

There is still time to leverage the games for the protection of human rights. Political leaders must start by explaining why they won’t be in Beijing next February, and make clear that international sports bodies will confront more intense protests if they persist in rewarding repression. The world should prepare itself to respond with a loud and emphatic “No” to any whitewashing of President Xi’s Genocide Games.

Arch Puddington is an emeritus scholar at Freedom House.