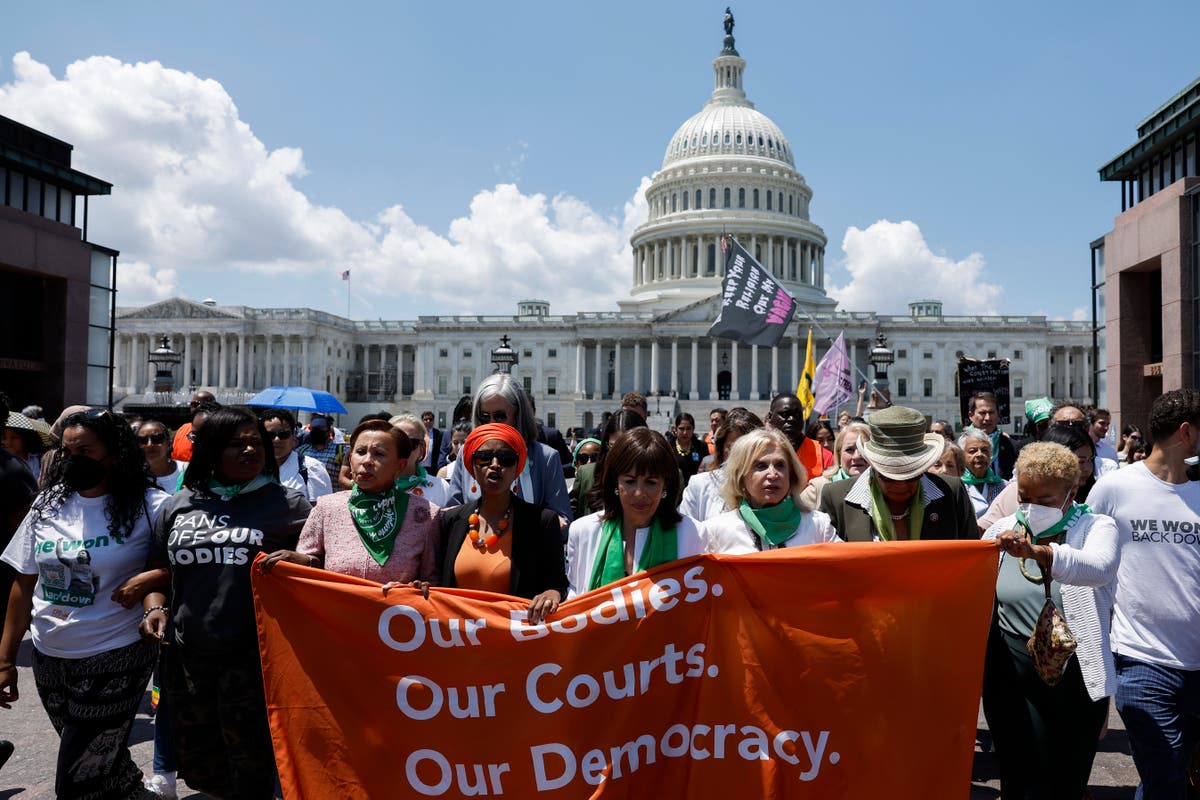 The US House of Representatives has passed the Respect for Marriage Act to protect marriage equality, a direct response to the US Supreme Court’s suggestion that it could revisit cases that affirm same-sex marriage protections in its recent decision to strike down abortion rights.

All Democratic lawmakers supported the bill’s passage on 19 July, with only 47 Republicans joining in support; 157 Republicans voted against it.

Democratic US Rep Ritchie Torres, among the first openly gay African American men elected to Congress, presided over the vote.

The bill repeals the Defense of Marriage Act from 1996, which the Supreme Court ruled was unconstitutional in United States v Windsor. The landmark decision in 2015’s Obergefell v Hodges affirmed constititional protections for same-sex marriages.

The legislation also affirms the validity of same-sex and interracial marriages and prohibits denying “full faith and credit” to any out-of-state marriage based on sex, race, ethnicity or national origin, regardless of the state’s individual law.

House lawmakers are also expected to vote on legislation this week to affirm the right to access contraception, formally codifying another Supreme Court decision, as congressional Democrats anticipate state-level attempts to undermine both marriage equality and access to birth control after the Supreme Court struck down Roe v Wade and opened the door to future challenges hinging on 14th Amendment protections.

Following that ruling on 24 June, Republican state lawmakers across the US enacted severe anti-abortion laws that were previously deemed unconstitutional, and conservative legal groups and right-wing Christian lobbyists – which have spent years challenging LGBT+ rights and reproductive healthcare measures – seek to grow their influence in state legislatures.

Without explicit federal protections, Democratic lawmakers have feared that – like abortion – access to contraception and the recognition of same-sex marriages could depend on protections within individual states.

Like the same-sex marriage bill, the Right to Contraception Act is expected to receive overwhelming Democratic support in the Democratically-controlled House this week.

But the legislation faces an uncertain future in the frequently deadlocked Senate, repeatedly hamstrung by Republican obstruction. At least 60 votes are needed for their passage in the evenly-divided upper chamber, with all Democratic-leaning Senators in support, aided by at least 10 Republicans.