While the mainstream media focused on the hope-filled headlines that, for the first time since 2003, the FDA approved Biogen’s Aduhelm treatment for Alzheimer’s Disease; few, if any, were fully aware of the levels of controversy behind the scenes. 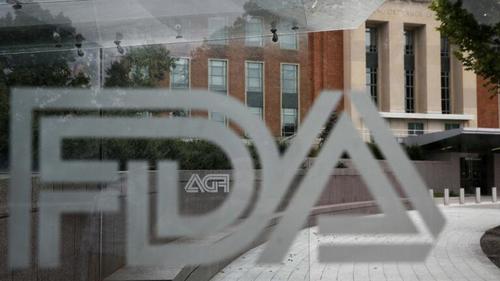 Despite the dominance of the amyloid hypothesis over the past few decades, evidence that links reductions in plaque levels to improvements in cognition is “thin, at best”, says Jason Karlawish, a geriatrician and co-director of the Penn Memory Center in Philadelphia, Pennsylvania.

“Desperation should drive the funding of science, not drive the way we interpret the science,” he says.

It turns out that despite the fact that not one member of the FDA Advisory Committee voted to approve Aduhelm, the FDA recently approved this Alzheimer therapy anyway, relying on an alternative measure of activity.

As Statnews reports, since the FDA’s decision, three members of that FDA Advisory Panel have quit.

1. Neurologist J.Perlmutter, a member of the FDA’s expert panel said he quit the committee “due to this ruling by FDA without further discuss with our advisory committee.”

3. Dr. Aaron Kesselheim, director of Brigham and Women’s Hospital’s Program on Regulation, Therapeutics, and Law, said Aduhelm’s approval didn’t just set “a dangerous precedent” for what kind of evidence an Alzheimer’s therapy would need to show to get the green light, “but even more broadly for the idea that a company can turn around and at the last minute seek [accelerated approval] when their primary clinical endpoints in their trials don’t reach the level needed for FDA approval,” he told STAT in an email.

In his letter of resignation to the FDA, Kesselheim said Biogen’s Aduhelm “was probably the worst drug approval decision in recent U.S. history.”

Both Perlmutter and Kesselheim voted against the drug, while Knopman was recused from the November hearing as he had already staked out a public position critical of the drug’s trial results.

Earlier this year, Kesselheim, and two other panelists published a paper in JAMA outlining what they saw as the flaws of the therapy. 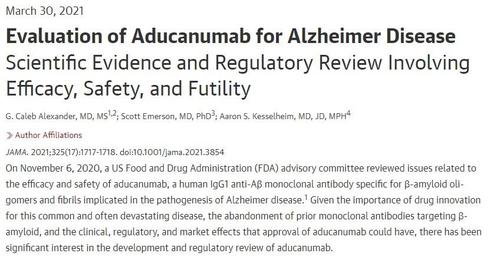 As Nature.com reports, others worry that drug developers might abandon other targets. If demonstrating that amyloid-lowering activity is enough to win regulatory approval, it might discourage developers from focusing on treatments with the big cognitive benefits that patients need, say some scientists.

“This is going to set the research community back 10–20 years,” says George Perry, a neurobiologist at the University of Texas at San Antonio and a sceptic of the amyloid hypothesis.

But hey, if there’s $56,000 per year per customer patient to be made, the “science” can always be adjusted.

Were the Biogen bribes to the FDA paid in bitcoin too? https://t.co/EpfX6ReBre

So much for science… again!

Previous post: [ Experts Say $400B in Pandemic Unemployment Funds Likely Stolen ]
Next post: [ Ozone days are back in Colorado. Here’s what you can do to protect yourself. ]