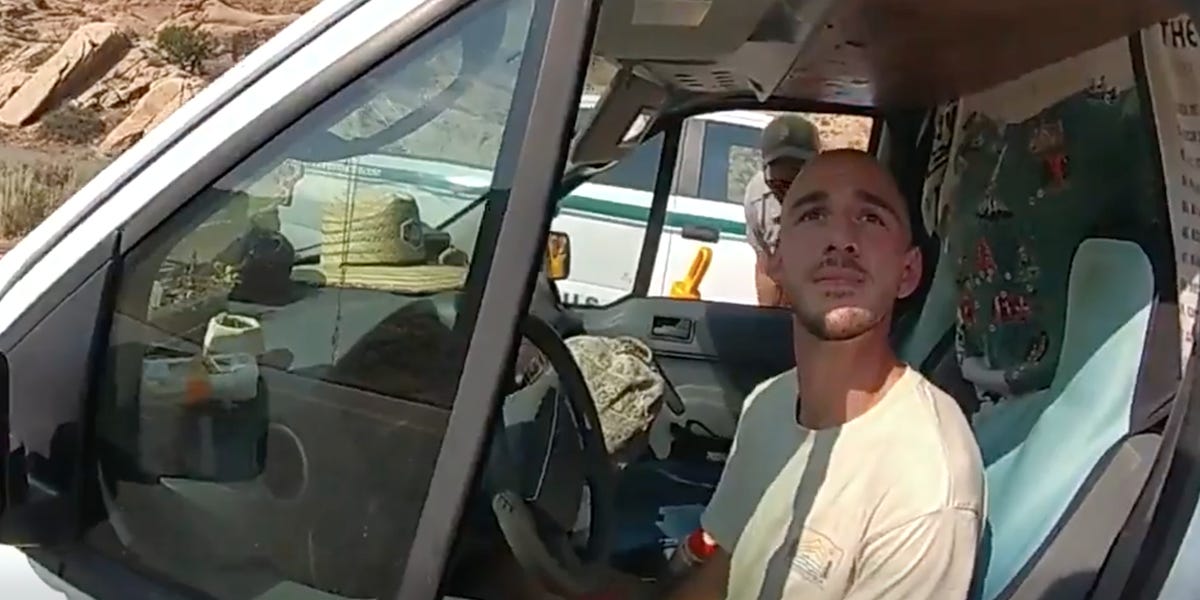 A man said he saw Brian Laundrie on Saturday morning near the Appalachian Trail in North Carolina, the New York Post reported.

Dennis Davis, 53, told the Post he is currently hiking the Appalachian Trail and that a man in a vehicle pulled up next to him to ask for directions on Waterville Road near the border of North Carolina and Tennessee.

Davis, an engineer from Florida, said he has “no doubt” the man was Laundrie, a person of interest in the case surrounding Gabby Petito’s homicide.

Authorities have been searching for Laundrie since his parents reported him missing from their home in North Port, Florida, on September 17, days before Petito’s body was found near Grand Teton National Park in Wyoming.

Laundrie had been staying with his parents since September 1, when he returned alone from the road trip he was on with Petito, his girlfriend. Petito’s family reported her missing on September 11.

“There is no doubt in my mind I spoke to Brian Laundrie — none whatsoever,” Davis told the Post. “Dog the Bounty Hunter’s daughter sent me an audio file of Brian’s voice and the voice was the same I heard.”

Davis said the man in the vehicle claimed he was “lost” and that he and his girlfriend had gotten in a fight and now he was traveling to California to see her. Davis said he did not immediately recognize the man and only after the interaction did he come to believe it was Laundrie.

“He was worried and not making sense,” Davis told the Post, adding that he provided directions but that the man wanted to avoid the main interstate and stick to back roads. David said the man was driving a light-colored pickup truck and wearing a dark bandana.

Davis also said he contacted authorities about the interaction but has not heard back from the FBI or police.

The FBI did not immediately respond to Insider’s request for comment.

Police in North Carolina said they received tips claiming Laundrie could be hiding on the Appalachian Trail, where he is said to have spent time hiking in the past. However, the Watauga County Sheriff told WSOC-TV Thursday there is no reason to believe Laundrie is in the mountains of North Carolina.

Dog the Bounty Hunter, whose real name is Duane Chapman, joined the search for Laundrie last week and said he was following leads and searching for Laundrie near the Appalachian Trail.

Meanwhile, authorities continued to search for Laundrie in Florida this week.

Possible sightings of Laundrie have also been reported in other parts of the country, though none have been publicly verified. The FBI is encouraging the public to contact them with tips at 1-800-CALL-FBI.