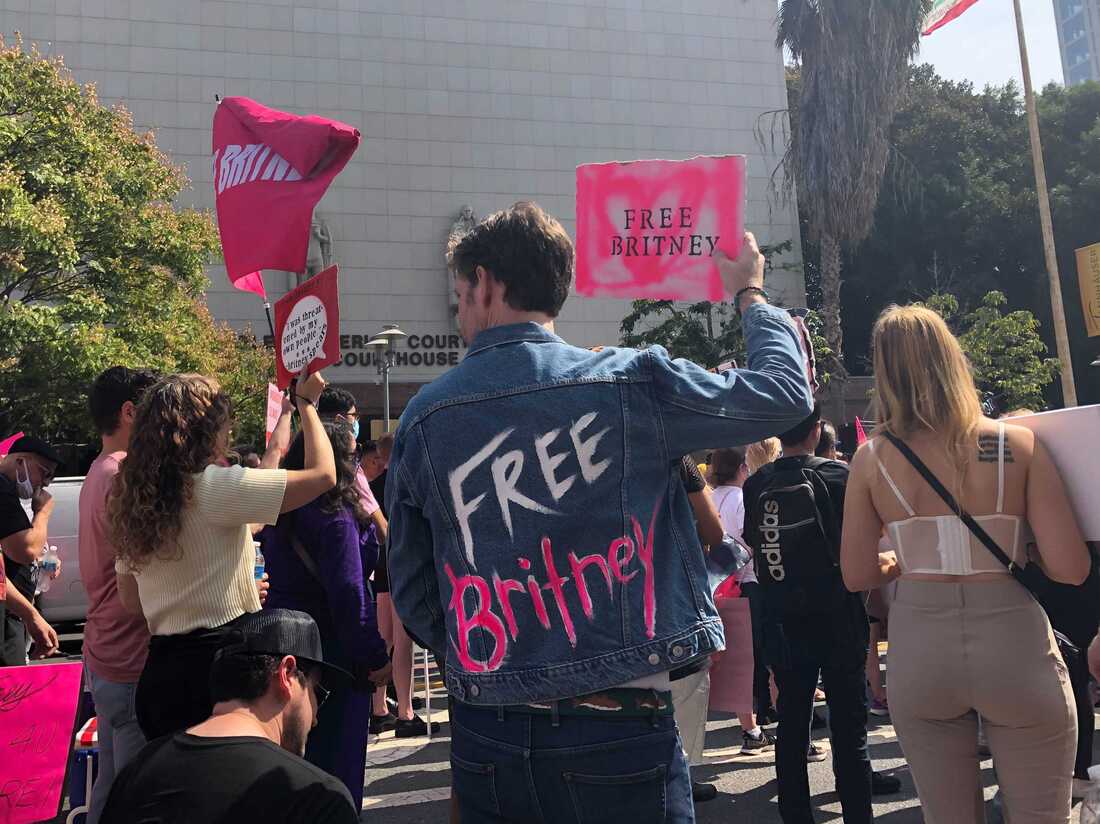 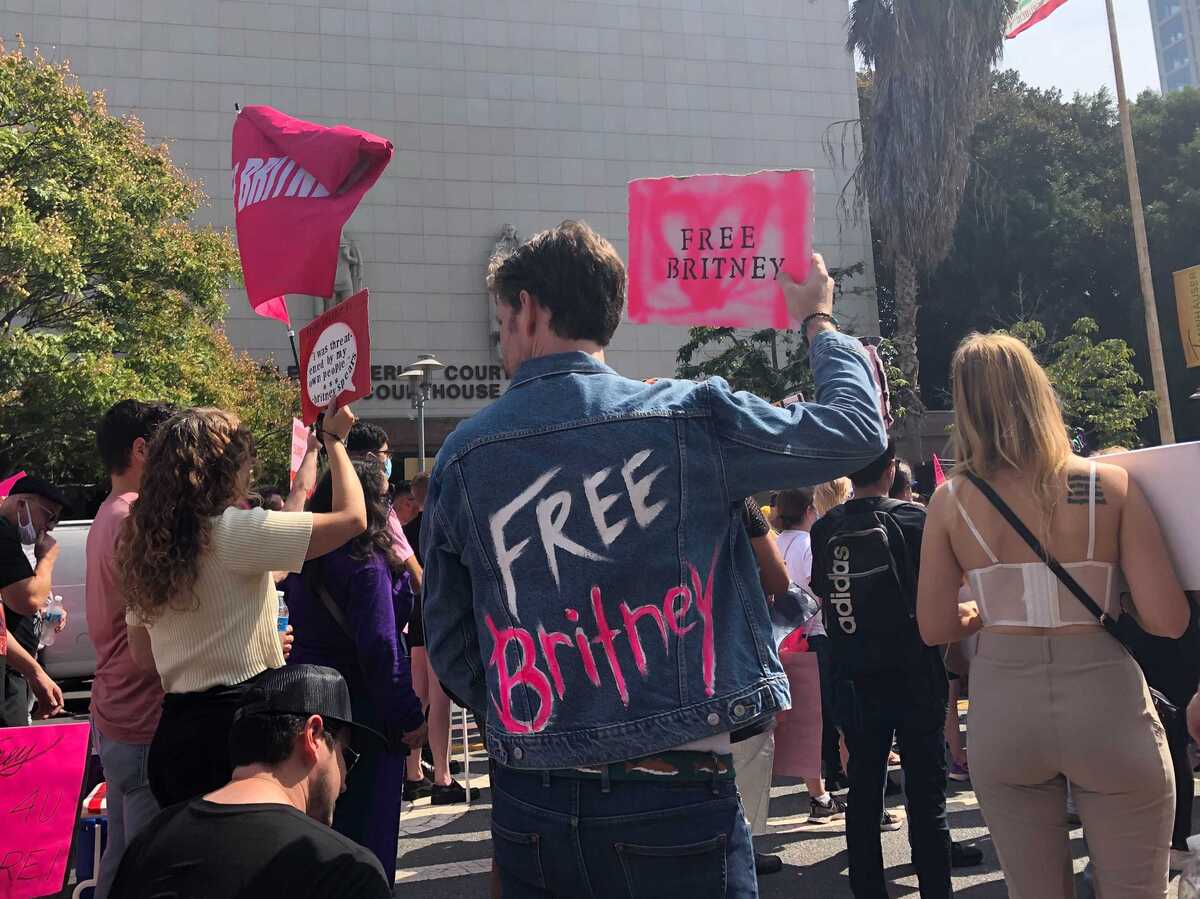 Britney Spears supporter Peter Stickles was among those demonstrating outside of Los Angeles Superior Court Wednesday.

Pop star Britney Spears has been living under a legal conservatorship that has controlled every aspect of her life since 2008. For much of that time, all decisions about her personal, medical and financial situation have been completely controlled by her father, Jamie Spears, who initiated the conservatorship 13 years ago — and whom the singer has accused of exploiting her.

At Los Angeles Superior Court Wednesday afternoon, Judge Brenda J. Penny decided to suspend Mr. Spears as the conservator of his daughter’s estate. John Zabel, a certified public accountant, will step into that role for now.

With this ruling, Judge Penny granted Britney Spears’ most adamant request: to remove her father immediately. According to AP, the judge said during the hearing, “The current arrangement is untenable. It reflects a toxic environment which requires the suspension of James Spears.”

Since 2019, the conservator of Ms. Spears’ person — that is, the individual looking after her personal decisions and day-to-day life — has been a licensed personal fiduciary and care professional named Jodi Montgomery. (In her own court filings, Montgomery has argued that her decisions are ultimately controlled by Jamie Spears, since he is responsible for paying his daughter’s bills and expenses.)

In July, Spears herself spoke to the court by telephone at a hearing, asking for the conservatorship to be terminated without having to undergo any further medical evaluation. In those comments, which went viral instantly, Spears accused her father of abusing her, saying she was being exploited and “bullied” by the conservatorship — and particularly by her father.

Less than a week after Spears gave her emotional statement in court, Judge Penny denied the singer’s request to have Jamie Spears removed as conservator of her finances.

Last month, Spears’ father said in a court filing that he was willing to step down. However, he did not provide a timeline, instead stating only he would do so “when the time is right.”

Britney Spears’ current attorney, Mathew Rosengart, has been pushing vociferously for her father to be removed immediately, and for the conservatorship to be terminated completely. Rosengart has argued in court filings that his position has been bolstered by a raft of investigative reporting in recent months, including in two New York Times documentaries available on Hulu: Framing Britney Spears and Controlling Britney Spears.

The second Times documentary premiered last Friday, just days before Wednesday’s hearing. It featured a former cybersecurity specialist on Spears’ security team alleging that the security company for which he worked surveilled the pop star at her father’s request by installing listening devices in her bedroom at her California home and mirroring all her text and phone communications. According to the Times, that surveillance captured conversations Spears had with her former attorney as well as with her children, boyfriend and mother.

In a court filing Monday, Rosengart wrote: “Mr. Spears has crossed unfathomable lines. While they are not evidence, the allegations warrant serious investigation, certainly by Ms. Spears as, among other things, California is a ‘two-party’ consent state.”

In an earlier filing, Rosengart said that over the past 13 years, the elder Spears appears to have “profited handsomely” from being his daughter’s conservator. Rosengart has also asserted that “serious questions abound concerning Mr. Spears’s potential misconduct, including conflicts of interest, conservatorship abuse and the evident dissipation of Ms. Spears’s fortune.”

Jamie Spears has repeatedly defended his decisions regarding his daughter and her estate. In a filing earlier this month, his lawyer, Vivian L. Thoreen wrote: “As Mr. Spears has said again and again, all he wants is what’s best for his daughter. If Ms. Spears wants to terminate the conservatorship and believes that she can handle her own life, Mr. Spears believes that she should get that chance.”