A vocation with purpose: The new reality for religious sisters 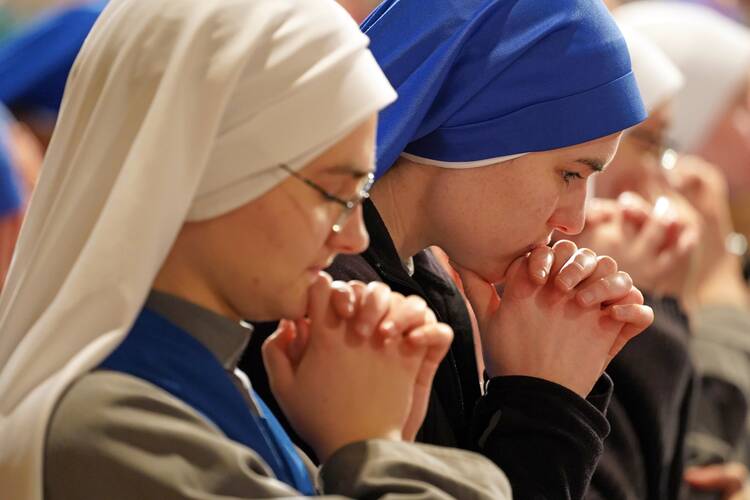 When I take a moment to really think about the fact that I am a religious sister, I am struck by a sense of wonder. How did a cradle Catholic born in the early 1980s in the suburbs of Washington, D.C., who had a dream wedding planned by the age of 8, become an Immaculate Heart of Mary sister?

My journey began in a stereotypical Irish Catholic family. My siblings and I spent our days shuttling between catechism classes, Scout meetings, Irish dance classes and soccer practice. Other than our Aunt Peg, a Sister of Mercy, our childhoods were largely devoid of “nuns.” Still, the “Sister Act” films were a staple of our family movie nights, and sometimes I wonder if this was a sign that I initially missed.

There were about 50 sisters of the Immaculate Heart of Mary on the faculty, and I was captivated by their joy and what I came to call their “holy normalcy.”

My first inkling of a religious vocation occurred when I was in fifth grade, the one year I attended Catholic school. I was walking to recess and saw my principal—a sister I tried to avoid because of my many uniform violations—walking toward me, and I suddenly had a sense that I would be “like her” one day.

My vocational discernment began in earnest when I enrolled at Immaculata College (now Immaculata University) in Pennsylvania. At that time there were about 50 sisters of the Immaculate Heart of Mary on the faculty, and I was captivated by their joy and what I came to call their “holy normalcy.” These obviously prayerful women would cheer at basketball games, laugh uproariously in the cafeteria and call a spade a spade. I found that my fascination with the sisters gave way to daydreaming about becoming one.

One’s religious life is now permeated by intentionality—the choice to enter, the decision to remain, the discernment of ministries and missions.

But it was a mission trip to Callao, Peru, that sealed the deal. During my time working at a girls’ school and doing outreach to the surrounding community, I was with sisters who often spoke of their vocation within a vocation. At the time, I wondered if I would ever have such a specific sense of purpose and mission. But now I have it, and it helps me fit into a community that is overwhelmingly made up of sisters who are my parents’ age and older.

Currently, I live with 27 sisters, and we range from our early 40s to our late 80s. Sometimes the age gap can be hard, and not just because everyone asks me to solve their technology problems. But it may be harder for the older sisters: Not only do they have to listen to Dave Matthews Band songs wafting through my bedroom walls and the fact that I say “sweet” more often than they would like, but the fact that my vocational experience is now so rare represents a loss to them.

The older sisters think of the life-giving things that I do not experience but were part and parcel of the community when they were young: the large groups they went through formation with, a comradery born of having many sister friends their own age. Sometimes I wish I could have these things too, but I never expected to. These moments are eased by a quick video call or text with someone of my generation.

The truth is that our reality as women religious has changed and continues to change. We cannot seek to recreate the religious life of the 1950s and ’60s in order to fill our ranks and staff our institutions. One’s religious life is now permeated by intentionality—the choice to enter, the decision to remain, the discernment of ministries and missions. Nothing can be taken for granted, so there is a deep gratitude for what is and excitement for what is to come. This is important to remember because we can too easily and too often become distracted by stories about the aging of our religious communities.

The truth is that wonderful things are happening in our religious communities, because God is not finished with us. In my day-to-day religious life, I continue to be inspired by the joy and holy normalcy of the sisters that I live with—even if they are always asking me to fix the television.