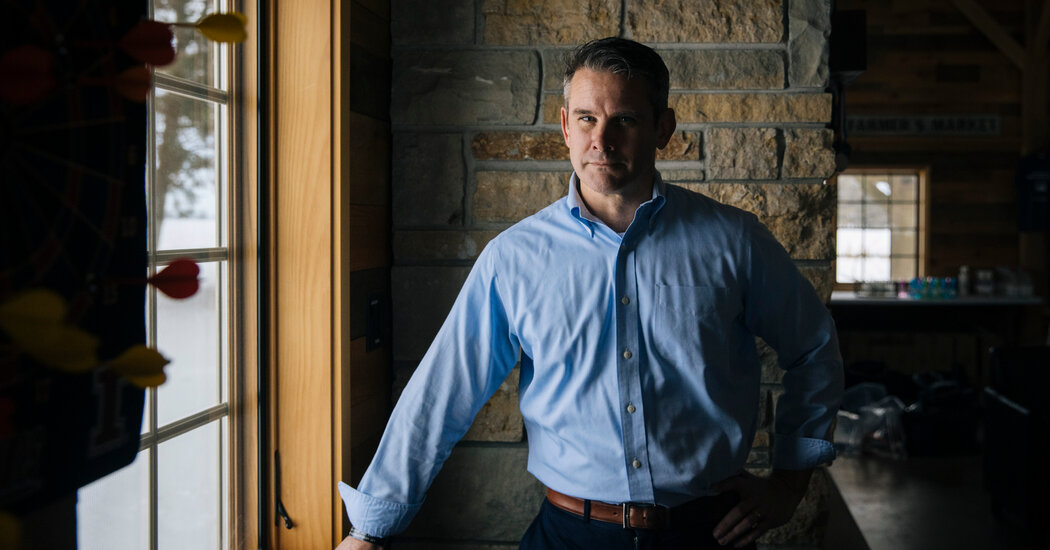 WASHINGTON — Representative Adam Kinzinger, who emerged this year as one of the pre-eminent Republican critics of former President Donald J. Trump, announced Friday that he would not seek re-election in 2022.

Mr. Kinzinger was one of 10 House Republicans who voted to impeach Mr. Trump after the Jan. 6 attack on the Capitol. He announced his departure from Congress in a five-minute video in which he reiterated his opposition to Mr. Trump’s influence on the Republican Party and reflected on his first congressional victory during the 2010 Tea Party wave.

“I also remember during that campaign saying that if I ever thought it was time to move on from Congress, I would,” Mr. Kinzinger said. “And that time is now.”

Mr. Kinzinger accepted a position on the House select committee investigating the Jan. 6 attack, a decision that served to inflame the tensions between him and the former president. Mr. Trump has taken to referring to the congressman as “Cryin’ Adam Kinzinger” and calling him and Representative Liz Cheney, who also sits on the committee, “Democrat wannabes.”

Mr. Trump has made it one of his top priorities to see that the Republicans who voted to impeach him are defeated in the 2022 midterm elections. Last month, Representative Anthony Gonzalez of Ohio announced he would not seek re-election after Mr. Trump endorsed a primary challenger.

Mr. Kinzinger has for months sought to create a larger national platform for himself beyond his district, which runs in a crescent along the Chicago exurbs from the Illinois border with Wisconsin to the Indiana state line. He once again implied he may seek higher office; Illinois has contests for governor and the Senate in 2022, and no leading Republican candidates for either.

“It has also become increasingly obvious to me that in order to break the narrative, I cannot focus on both a re-election to Congress and a broader fight nationwide,” he said. “This isn’t the end of my political future, but the beginning.”

The new Illinois congressional map, which Gov. J.B. Pritzker is expected to sign, is among the most gerrymandered to be adopted so far this year. It creates 14 districts in which Democrats are likely to win the general election, and just three Republican-majority districts.

Along with eliminating a district for Mr. Kinzinger, Illinois Democrats created a second Latino-plurality district in Chicago, most likely forcing Representative Marie Newman, a Democrat, into a primary with a fellow Democrat, Representative Jesús G. García, known as Chuy.

Illinois Democrats created districts that dart across the state to connect the maximum number of Democratic voters. They did this in order to squeeze 14 congressional seats for their party from the state, with little regard for how connected the communities may be. The new 17th district is being vacated by Representative Cheri Bustos, a Democrat. The district will snake from Rockford in the state’s far north to the Quad Cities along the Mississippi River, then south to the college town of Macomb before cutting back east to Peoria and to the twin cities of Bloomington and Normal, home to Illinois State University.

Three other districts — the 12th, 15th and 16th — collect wide areas of rural Illinois to pack as many Republican voters as possible into them.