Following December’s disastrous 123k drop (with both goods and services losing jobs), analysts expected a modest 70k rise in ADP employment in January, but were pleasantly surprised by a +174k print (which however needs to be put in the context of December’s upward revision to only a 78k drop). 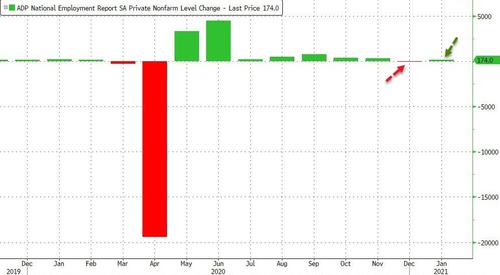 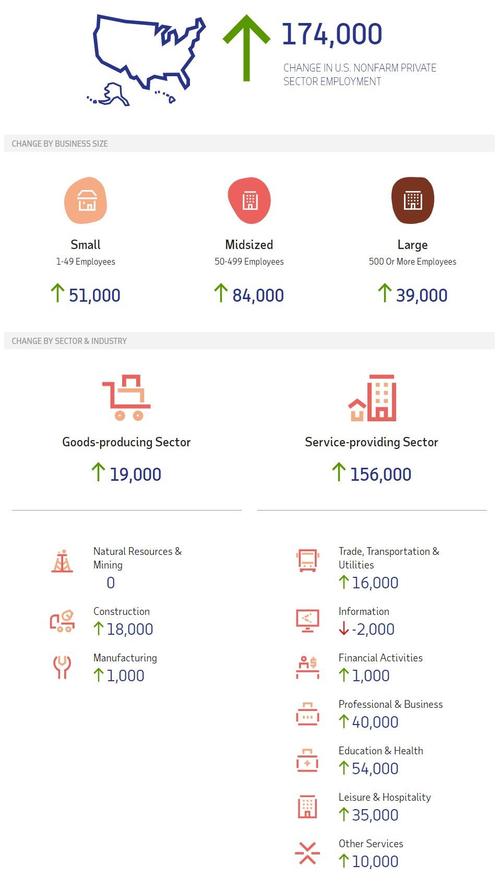 “Although job losses were previously concentrated among small and midsized businesses, we are now seeing signs of the prolonged impact of the pandemic on large companies as well.”

Large businesses saw a rebound after losing ground in December… 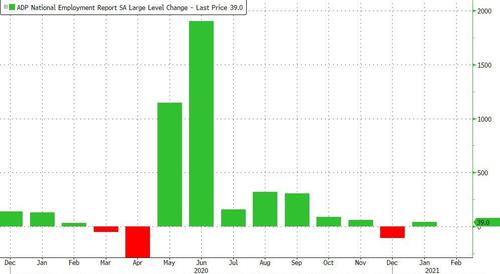 …and Service sector jobs soared back… 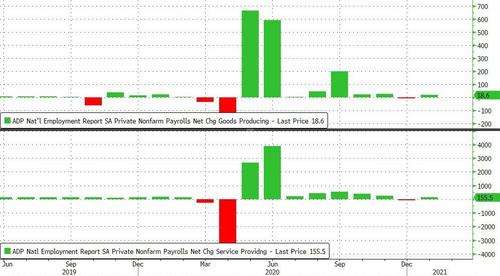 …presumably as post-election lockdowns were eased.