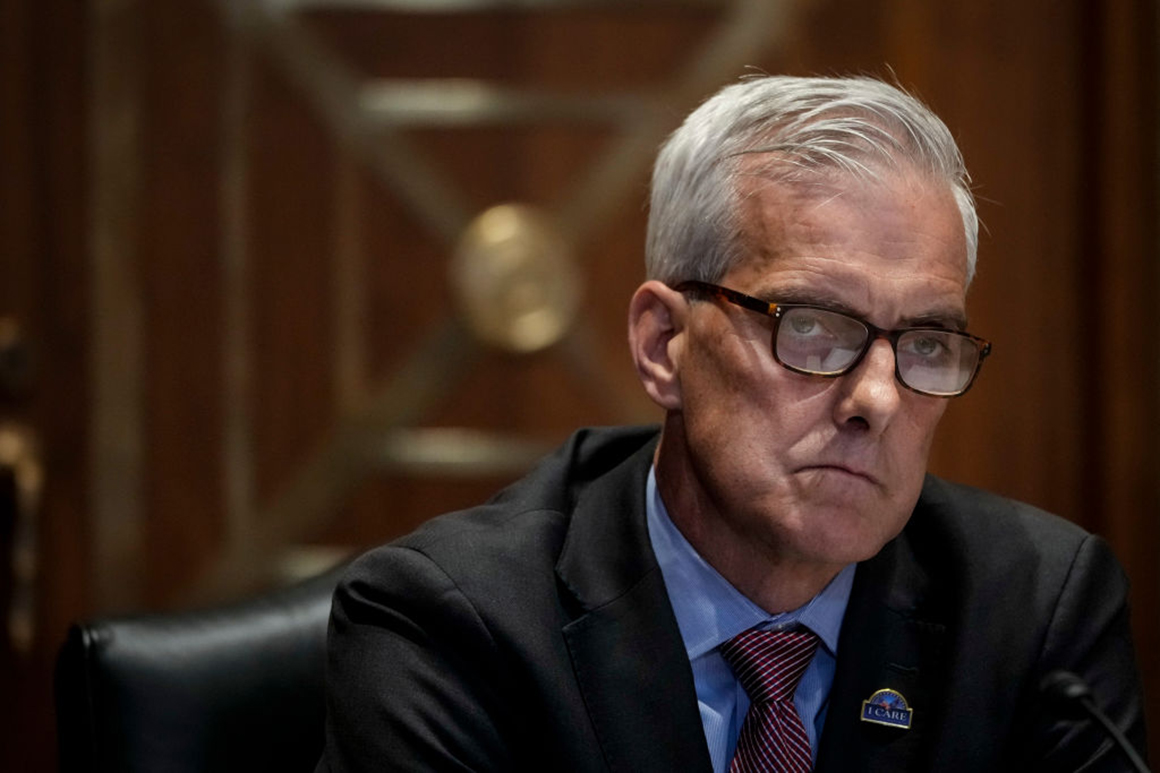 “We should monitor suicides and see if we see an uptick,” Bradsher wrote on Aug. 15. “The news is triggering.”

The pain, sadness, anger and frustration service members past and present are feeling in the wake of the United States’ chaotic departure from Afghanistan has upended the Biden White House’s relations with veterans groups, many of which are now publicly blaming the president for mismanaging the drawdown. That has sent the administration, which has brushed off criticism from Republicans and some Democrats about the way the war ended, into damage control mode. Officials from the president on down are now scrambling to tamp down a brewing backlash within a military community that was, in some corners, initially drawn to President Joe Biden’s experience as a military father who has himself endured a history of family tragedies. The effort is a sign of how important that relationship is to the White House and to Biden, personally.

The latest overture: Biden’s surprise visit to wounded warriors at Walter Reed Hospital on Thursday evening. It came a day after first lady Jill Biden visited a Marine Corps Base in North Carolina. White House senior adviser Cedric Richmond, along with Veterans Affairs Secretary Denis McDonough, held a video call with dozens of veterans organizations last week and McDonough has personally called the heads of numerous veterans organizations since the fall of Kabul.

So far it’s done little to allay the exasperation and anguish among veterans.

“I haven’t talked to anybody who isn’t angry or disappointed in how this was carried out,” Tom Porter, executive vice president of government affairs with the Iraq and Afghanistan Veterans of America (IAVA), said of the administration’s handling of the troop drawdown in Afghanistan. IAVA is the largest veterans group representing the post-9/11 generation, with more than 425,000 members who served in the wars in Iraq and/or Afghanistan. “Nobody thinks there was a plan.”

That’s reflected in a summary of the influx of calls to the VA Department’s crisis hotline that was sent to McDonough on August 16. One theme: “Veterans are upset, angry, triggered and are experiencing an increase in their anxiety, depression and PTSD.” The second: their concern for scores of interpreters who aided the United States who were now at risk of reprisals from the Taliban.

“Veteran has been struggling with the fall of Afghanistan and is experiencing an increase in his PTSD symptoms. He is feeling worthless, experiencing fits of rage and anger, not sleeping and can’t eat,” a summary of one of the calls read. Another said, “Veteran reported that it is going to be like 9/11 all over again.”

The White House’s defenders have attempted to portray veterans’ outrage as anger over the U.S. military’s departure from Afghanistan. But veterans groups say that’s not accurate — it wasn’t that the United States pulled out of Afghanistan, they say, but that the exit was so mismanaged.

“Frustration is just all around. A lot of veterans who have called me have placed the blame directly on the president. Others are unsure if it’s the State Department or the Department of Defense — they just don’t understand how this could have been the way it is,” said Rob Couture, who did two tours in Afghanistan with the Army and is now the director of communications and public affairs at Veterans of Foreign Wars, one of the nation’s oldest veterans organizations. The VFW was among the groups to immediately call for a congressional investigation into the handling of the withdrawal.

“They want us to come out of Afghanistan,” Couture said of those in VFW’s networks. “They just don’t understand how we’ve left Americans behind and how we didn’t hold our word to our Afghan allies. That goes against what was ingrained in us in our creeds and basic training.”

Veterans groups say their gripes with Biden aren’t political and give his administration credit for having a communicative and responsive presence in McDonough, who on the day Kabul fell rushed to call or email the leaders of major veteran organizations and offer resources.

They also lay blame on the Trump administration for cutting a deal with the Taliban that originally set a May 2021 departure date, while failing to expedite special immigrant visa applications so that Afghan allies could leave the country. This week, a State Department official admitted that the majority of SIV applicants were left behind after troops departed, although the administration says it is still working to get more people out.

The White House is acutely aware that extricating the remaining Americans and Afghan allies is one of the top concerns facing veterans.

“We have been in regular contact and will continue to engage with a diverse set of veteran, military family, caregiver and survivor support groups,” said Emilie Simons, a White House spokesperson. “The President has the utmost respect for those who served — and he knows how determined veterans of our military conflict in Afghanistan are to make sure that the Afghan allies who risked their lives to help our troops are evacuated to safety.”

One veterans’ organization standing by Biden, the Democrat-aligned advocacy group VoteVets, called the negative coverage of the president off base and called former Trump officials hypocritical for supporting congressional investigations into Biden’s handling of troops in Afghanistan.

“Let’s investigate it. Right, let’s talk about the Trump deal with the Taliban that was only a deal between the United States and not a deal with the Afghan government,” VoteVets Chair Jon Soltz said. “If we want to do investigations on Afghanistan, there’s 19 years of administrations to look at, and there’s about three months from this administration. So let’s let’s open this thing up and let’s talk about it, because the person who is least culpable is this administration.”