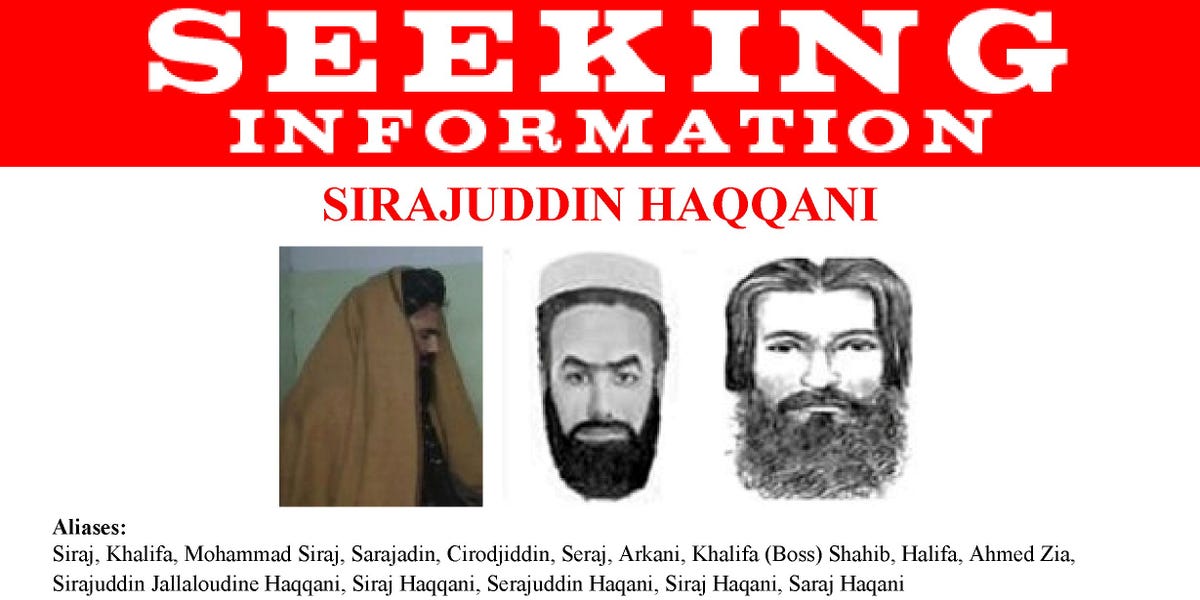 The Taliban on Tuesday announced an interim government in Afghanistan that excludes women and includes the head of a militant group who’s wanted by the FBI.

Mullah Mohammad Hassan Akhund, one of the Taliban’s founders, was named prime minister. He’s on a United Nations blacklist.

And Mullah Abdul Ghani Baradar, a Taliban cofounder, has been tapped as deputy prime minister.

Baradar was captured in a US-Pakistani operation in 2010 and imprisoned in Pakistan until 2018. He was released under the urging of the Trump administration amid peace talks between the US and Taliban. He went on to lead the Taliban delegation in the negotiations.

The Taliban named Sirajuddin Haqqani interior minister. Haqqani is the head of the Haqqani Network — a US-designated terror group in Pakistan and Afghanistan with close ties to al-Qaida — and there’s a $10 million US bounty on his head.

The FBI’s most wanted list says Haqqani is wanted for “questioning in connection with the January 2008 attack on a hotel in Kabul, Afghanistan, that killed six people, including an American citizen.”

“He is believed to have coordinated and participated in cross-border attacks against US and coalition forces in Afghanistan,” the FBI said. “Haqqani also allegedly was involved in the planning of the assassination attempt on Afghan President Hamid Karzai in 2008.”

The Taliban have sought to be known as moderates since marching into Kabul, Afghanistan’s capital, in mid-August, and vowed to establish an inclusive government. But the militant group did not include any women in the interim government and has been cracking down on protests, NBC reported.

Mullah Yaqoob, son of the late Taliban founder and supreme commander Mullah Omar, has been named minister of defense. And Amir Khan Muttaqi, a senior Taliban leader, was made foreign minister.

White House press secretary Jen Psaki on Monday told reporters there was “no rush” for the US to formally recognize the new government in Afghanistan. Psaki said the Biden administration did not have a timeline on this matter but said the “world will be watching” the Taliban’s behavior moving forward.