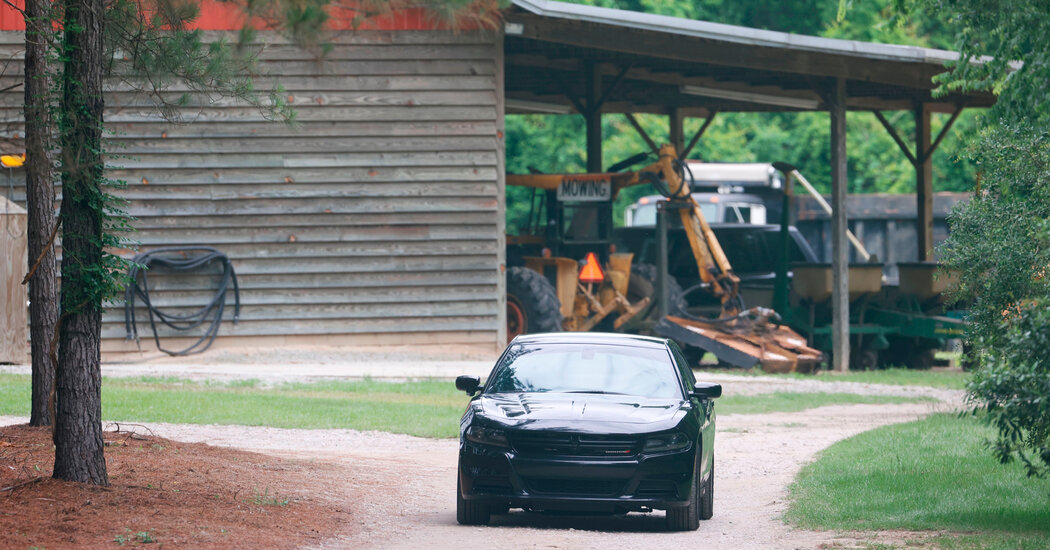 A former client of Alex Murdaugh’s was arrested on Tuesday and charged with “assisted suicide” and assault in the shooting and wounding of the prominent South Carolina lawyer this month, the latest twist in a mysterious series of crimes that have drawn intense scrutiny since June, when Mr. Murdaugh came home to find his wife and son shot to death.

The former client, Curtis Edward Smith, 61, was also charged with battery, pointing a gun, insurance fraud and selling methamphetamine, a state police agency said in a statement. Mr. Murdaugh’s lawyer did not respond to inquiries about the arrest.

Mr. Murdaugh called 911 from a rural road in Hampton County, S.C., on Sept. 4 to say he had been shot in the head, an injury the police have described as a “superficial” gunshot wound. Mr. Murdaugh told the police that he had stopped on the side of the road to inspect a flat tire when someone pulled up in a pickup truck, asked whether he was having car trouble and shot him in the head, Mr. Murdaugh’s lawyer has said.

A day earlier, Mr. Murdaugh had been pushed out of his family law firm, which said it discovered that he had misused millions of dollars. Mr. Murdaugh issued a statement apologizing to his family and his colleagues and said he was entering rehab. It was a stunning fall for Mr. Murdaugh, who is part of a legal dynasty that has amassed powerful ties in the South Carolina Lowcountry over the past century. His father, grandfather and great-grandfather all served as the top prosecutor across a five-county region for more than eight decades, until 2006.

A spokeswoman for Mr. Murdaugh had vehemently denied that the shooting on the side of the road was self-inflicted, saying he had sustained an entry and exit wound and a skull fracture.

The killings, which remain unsolved, have drawn attention to the Murdaugh family’s checkered history in the region. At the time of his death, Paul Murdaugh was facing charges that he had drunkenly crashed a boat in 2019, killing Mallory Beach, a passenger, and wounding others.