Home  »  News   »   America Has A Problem With Poorly-Trained Police Officers, Not "Systemic Racism"

America Has A Problem With Poorly-Trained Police Officers, Not “Systemic Racism”

Authored by Robert Bridge via The Strategic Culture Foundation,

In what just might be the most misguided attempt at ‘utopian’ living ever conceived, progressive Democrats continue to demand the defunding and disbanding of police forces in cities around the country. Yet, like a doctor that has made the wrong diagnosis on a patient, such a radical idea will not bring peace and security to America’s ailing neighborhoods. In fact, it will make them virtually unlivable. 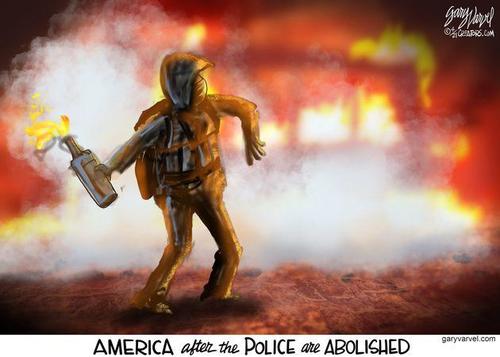 The United States desperately needs a national debate on the root causes of police violence, which the political left has prematurely and wrongly attributed to “systemic racism.” Missing from the bigger picture are questions pertaining to economic hardship, broken homes, drug abuse and street gangs – and perhaps most importantly of all, poorly trained police – as just a few of the contributing factors that have placed law enforcement between a rock and a hard place.

For every Derek Chauvin, the former Minneapolis police officer charged in the murder of George Floyd, there are dozens of cops like Nicholas Reardon, who was forced to make a split-second decision after a Black girl, Ma’Khia Bryant, 16, attempted to stab another teenager. Reardon, who shot and killed Bryant, has found himself something of a celebrity not for potentially saving the life of a young girl, but for being the fresh face of “white supremacy.”

NBA star Lebron James led the charge against the cop when he unconscionably tweeted to his 46.5 followers a photograph of Nicholas Reardon with the caption, “YOU’RE NEXT, beside the emoji of an hourglass. Some people may consider that a threat.

Facts do not matter. Only the narrative matters. pic.twitter.com/7yAp5X42Uu

In another incident, Kim Potter, a 26-year department veteran of the Minneapolis police force, shot and killed Daunte Wright, 20, just blocks away from where George Floyd was killed. The similarities don’t end there. As was the case with Floyd, Daunte Wright, for whom the police had an outstanding warrant, struggled with the police and even managed to make it back inside of his vehicle before being fatally shot. Potter, who appears to have mistaken her gun for a taser in the chaos that ensued, has been charged with second-degree manslaughter in Wright’s death.

In yet another highly publicized incident, Adam Toledo, a 13-year-old Latino boy, was shot and killed last month by Chicago Police Department officer Eric Stillman following a foot chase down a dark alley. Footage from Stillman’s body cam appears to show Toledo dropping a handgun moments before turning and raising his hands, immediately prior to being killed.

Is it fair to blame the phantom of “systemic racism” for these and other killings that occasionally occur between civilians and the police? That would seem ludicrous, yet that is how these tragic incidences are being framed in the media and by civil rights groups, like Black Lives Matter, who continue to bang the drum for disbanding the police. Would it not make more sense to fight not only for better training in the police ranks, but for getting the word out to the youth that resisting arrest is not the best strategy when confronted by a law enforcement officer? Yet such a rational plan of action would deprive the Democrats of the political points they receive every time a member of the minority gets killed during a run-in with the police. At the same time, it would dry up corporate donations to BLM, which has helped its co-founder and self-described Marxist, Patrisse Khan-Cullors, purchase four luxury homes in the United States alone.

Getting back to the question of police training, why didn’t Nicholas Reardon opt to shoot a warning shot instead, or perhaps “aim low,” as a means to prevent Miss Bryant from stabbing that young lady? And why was Officer Stillman in pursuit of an individual down a dark alley in the West End of Chicago without any backup? And finally, how in the world was it possible for Kim Potter, a trained police officer, to confuse a weighty Glock-22 with a lightweight Taser? Brandon Tatum, a Black American political commentator and former police officer, offered as an alternative to the ‘systemic racism’ theory, the possibility that Potter was part of an affirmative action hiring program.

“They are hiring people to meet quotas,” Tatum commented on his YouTube channel, “and they’re not hiring the best people for the job.” 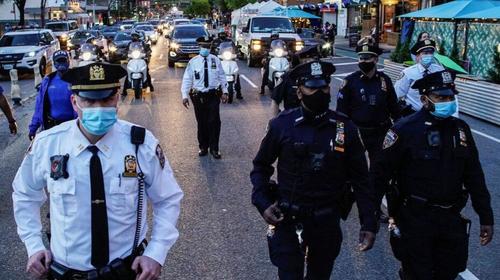 That is one possible theory to explain police violence that the mainstream media will not be entertaining anytime soon. The question is “why”? Why is the media, just like it is with so many major corporations, hyping and funding the idea of systemic racism as the source of police violence when there are many other far more plausible explanations? While the ultimate motivation for assuming such a dangerous position may never be known, it is clear that anyone who challenges the ‘racist’ narrative risks attracting the wrath of the woke brigade. This would include, perhaps more than anyone, the academics.

In 2019, psychologists Joseph Cesario of Michigan State and David Johnson of the University of Maryland examined 917 fatal police shootings of civilians from 2015 to ask a simple question: did the race of the police officer or the civilian play any role in those tragic events? The answer: no they didn’t. Cesario and Johnson concluded there was “no significant evidence of antiblack disparity in the likelihood of being fatally shot by police.” Their findings were published in the Proceedings of the National Academy of Sciences, a peer-reviewed journal. Would it surprise anyone to know that “citizen behavior,” i.e. resisting arrest, is the greatest determinate of police behavior?

Perhaps equally unsurprising is the establishment came down hard on the two number crunchers, especially after their research was cited by author Heather MacDonald in an article for the Wall Street Journal entitled, The Myth of Systemic Police Racism.

“It set off a firestorm at Michigan State,” MacDonald wrote. “The university’s Graduate Employees Union pressured the MSU press office to apologize for the “harm it caused” by mentioning my article in a newsletter. The union targeted physicist Steve Hsu, who had approved funding for Mr. Cesario’s research. MSU sacked Mr. Hsu from his administrative position. PNAS editorialized that Messrs. Cesario and Johnson had “poorly framed” their article—the one that got through the journal’s three levels of editorial and peer review.”

As par for course, various student groups took up petitions to have Hsu fired, while the school profusely apologized. In the end, the mob declared yet another victory as Hsu finally stepped down from his position.

The controversial paper’s co-author Cesario told WSJ that he feared the activists would continue “pushing for a narrowing of what kinds of topics people can talk about, or what kinds of conclusions people can come to.”

It appears that Mr. Cesario’s fears have materialized faster than he could have realized as a wall of censorship has been constructed around the world of academia, the one place where the truth on “systemic racism” was being exposed for the lie it is. Now that there is no one left to tell the people, aside from a handful of rigidly regulated and censored truth-seeking publications, America can expect a future of artificially induced racial tensions as a number of good cops are forced to take the blame for a “systemic racism” that only exists on the pages of the mainstream media.