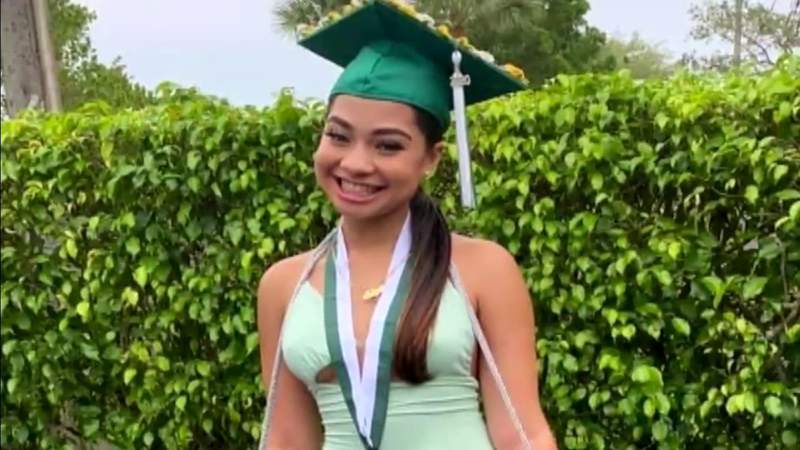 ORLANDO, Fla. – Orange County Sheriff John Mina announced that deputies located what they believe to be the body of a missing college student.

Authorities had been searching for 19-year-old Miya Marcano, who has not been seen since Friday, Sept. 22.

Mina said what they believe to be Marcano’s body was found in a wooded area in the area of Tymber Skan on the Lake Condominiums at approximately 10:45 a.m. Saturday.

An official identification has not been made by the medical examiner, but Mina said they are very confident it was Marcano. He said a purse with her identification and belongings was found with the body.

Marcano had been attending Valencia College in Orlando.

She had moved there from Pembroke Pines, where she was a graduate of Flanagan High School.

The man identified as the prime suspect in her disappearance, Armando Caballero, was found dead Monday of an apparent suicide.

Caballero was a maintenance worker at the Arden Villa apartments where Marcano lived and worked in the leasing office.

Deputies obtained a warrant for his arrest prior to his death.

On Saturday, Mina said they were able to locate Marcano’s body by tracking where Caballero had been on the Friday that she disappeared.

Police said Caballero had lived at the Tymber Skan apartments at some point in the past.