Behind the scenes of Pope Francis’ Communion Wars press conference 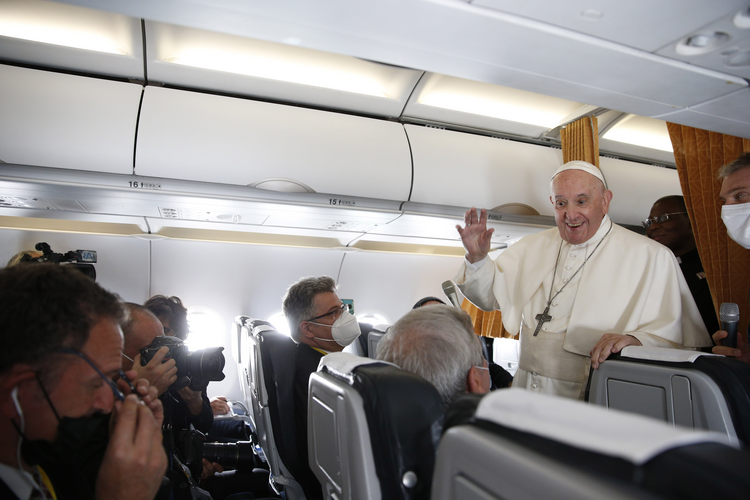 “Every time the bishops have not dealt with a problem as pastors they have taken sides politically,” the pope told Gerry. “What must a pastor do? Be a pastor. Don’t go condemning.” He added that he had never denied anyone communion.

In the second half of the show, Gerry and Colleen recap the pope’s packed visit to Hungary and Slovakia this week and give their takeaways.

At the end of this episode, Gerry described Slovakian President Zuzana Caputova’s emotional farewell to the pope. After our recording, local news outlets in Slovakia reported that the president’s father had passed away a few hours before the pope’s departure.

More on the papal press conference:

Pope Francis: ‘I have never denied Communion to anyone.’ by Gerard O’Connell

Pope Francis to populist leaders: Do not use the cross for political purposes