Benedict XVI yearns for heaven but is ‘absolutely full of joy for life,’ private secretary says 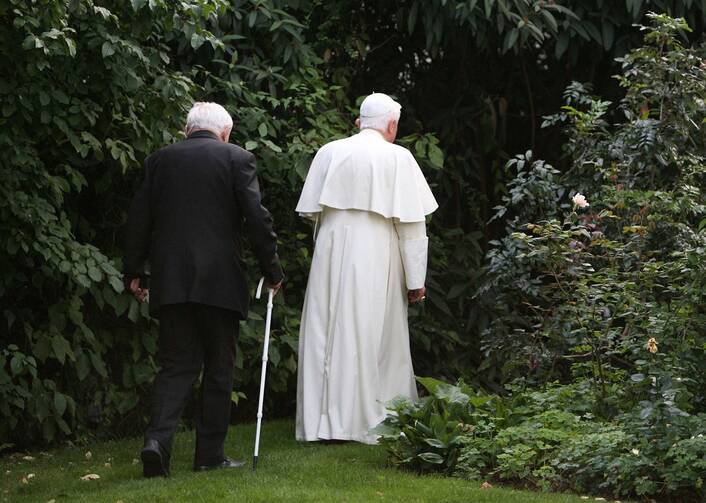 Vatican City/Berlin (KNA) — Benedict XVI, who is 94, remains “absolutely full of joy for life,” according to his private secretary Georg Gaenswein. His longing for heaven, recently hinted at in a letter of condolence, was not to be interpreted as meaning that the former pope “no longer has any desire to live. On the contrary,” the archbishop told the newspaper Bild on Thursday.

In a condolence message for Gerhard Winkler, a former colleague who was a professor in Regensburg, Benedict had written: “Now he has arrived in the hereafter, where I am sure many friends are already waiting for him. I hope that I will soon be able to join them.”

Benedict “is absolutely full of joy for life. Stable in his physical weakness, crystal clear in his head and blessed with his typical Bavarian humour.”

Gaenswein said the letter was “meant kindly and is heartfelt.” He added that the pope emeritus was of course preparing for death. “The art of dying well, that is, ars moriendi, is part of the Christian life. Pope Benedict has been doing that for many years. Yet he is absolutely full of joy for life. Stable in his physical weakness, crystal clear in his head and blessed with his typical Bavarian humour.”

The Austrian Cistercian Abbey of Wilhering had now published Benedict’s letter dated October 2 on its website. In it, the former head of the church who resigned in 2013 also writes that Winkler, who died at the end of September at the age of 91, was “closest to him” among all his colleagues and friends. “His cheerfulness and deep faith always attracted me.”