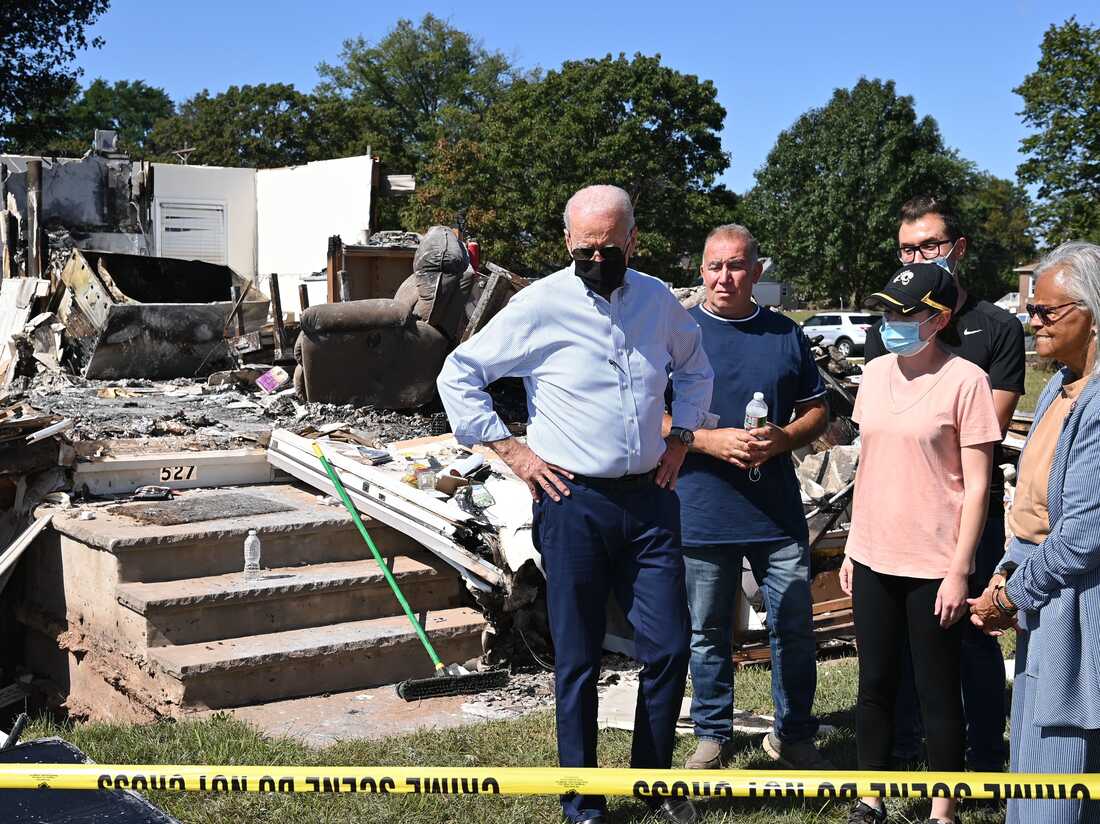 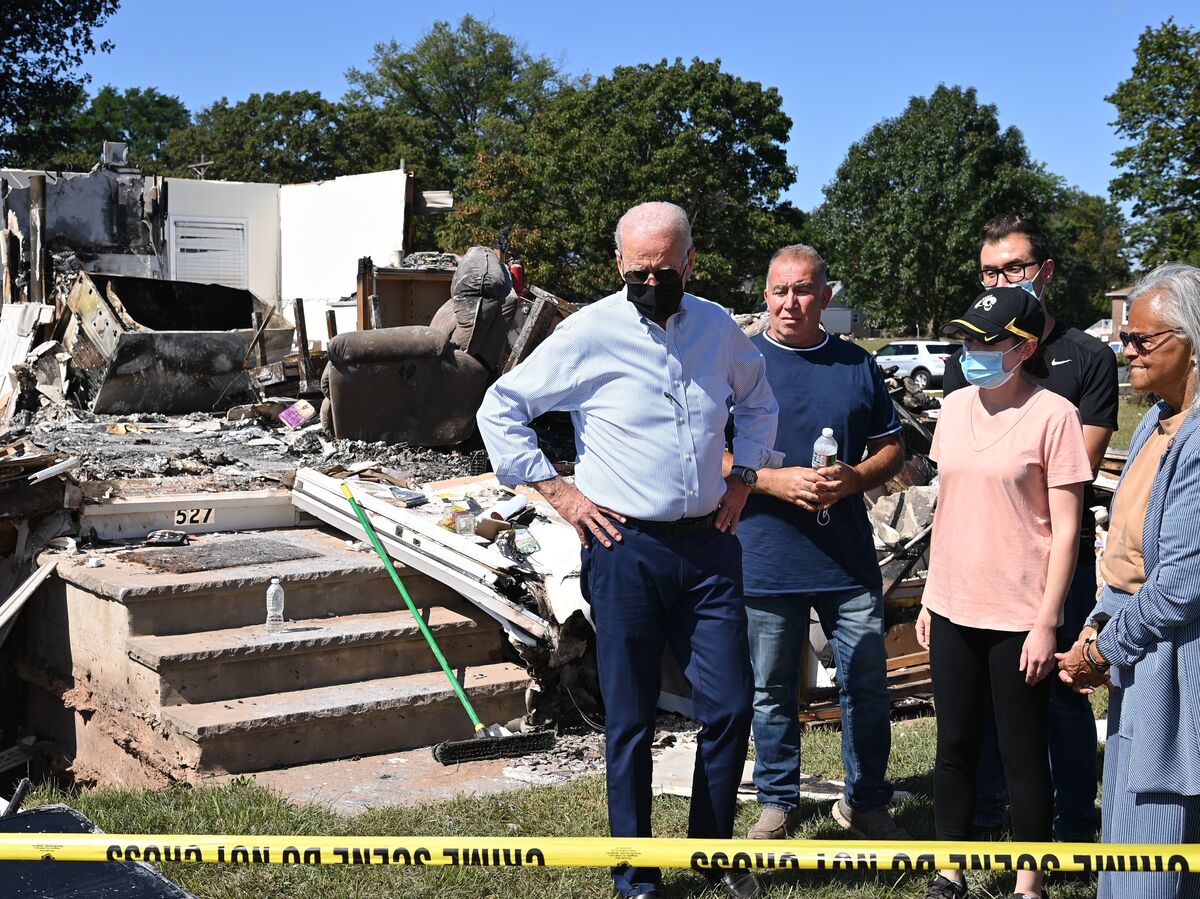 President Biden tours a Manville, N.J., neighborhood Tuesday that was affected by the remnants of Hurricane Ida.

President Biden is asking Congress for billions in additional funding to help with natural disasters and aid for Afghan evacuees.

The White House wants $24 billion in additional funding to help recovery efforts for the California wildfires and several hurricanes, including Hurricane Ida. Biden administration officials are also asking for $6.4 billion to help with resettling vulnerable Afghans in the United States.

“Given the scale and scope of these natural disasters, everyone must work together to get Americans the help they desperately need,” he said in a statement. Schumer also toured storm damage from Ida with the president on Tuesday afternoon in the New York borough of Queens. Biden visited areas in New Jersey hit by Ida earlier Tuesday.

The money to resettle vulnerable Afghans comes as the Biden administration estimates that 65,000 will be brought to the U.S. by the end of the month. An additional 30,000 would arrive over the course of the next 12 months. The U.S. and allies evacuated about 124,000 people last month from Kabul, the Afghan capital.

“This money is certainly critical … to make sure that we are fulfilling this bipartisan commitment to our Afghan allies and partners,” a senior administration official said Tuesday on a call with reporters.

Shalanda Young, acting director of the Office of Management and Budget, said in a blog post that aid would be used for security screenings as well as humanitarian assistance to Afghans through the State Department and the U.S. Agency for International Development. It would also include funding for public health screenings and vaccinations.

“The operation to move out of danger and to safety tens of thousands of Afghans at risk, including many who helped us during our two decades in Afghanistan, represents an extraordinary military, diplomatic, security, and humanitarian operation by the U.S. Government,” she wrote.