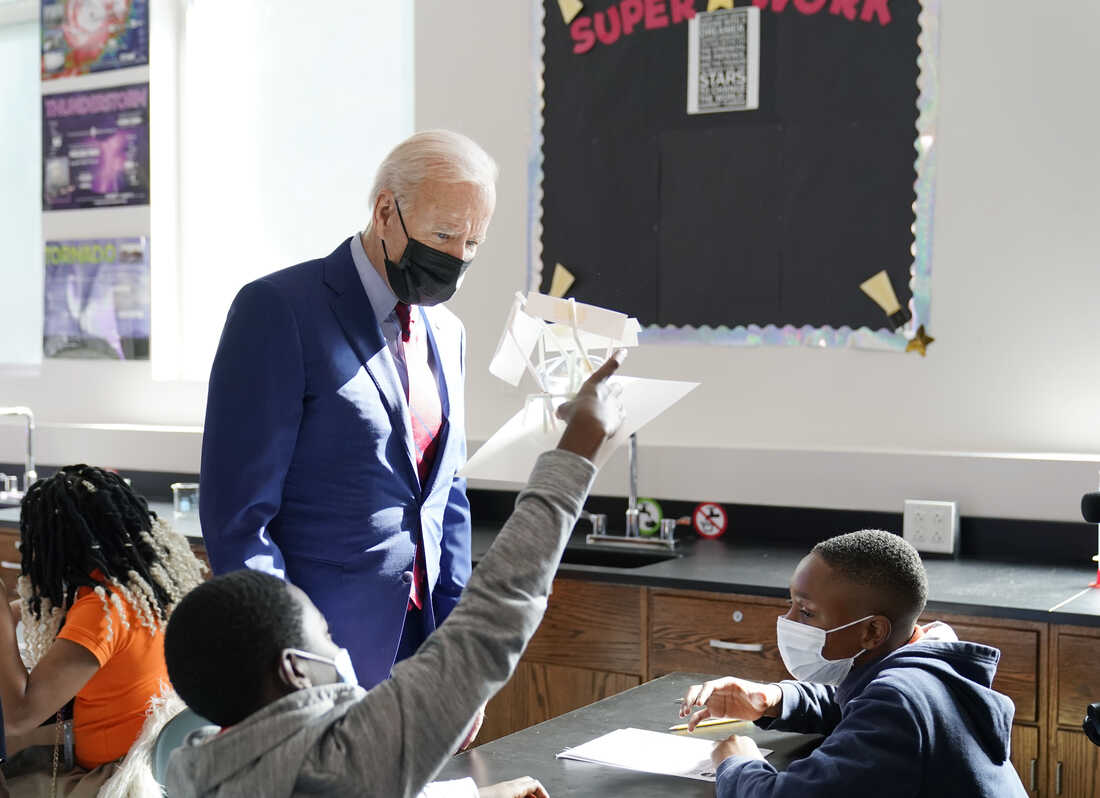 President Biden tours Brookland Middle School in Washington, D.C., on Friday. Biden has encouraged every school district to promote vaccines, including with on-site clinics, to protect students as they return to school amid a resurgence of the coronavirus. Manuel Balce Ceneta/AP hide caption 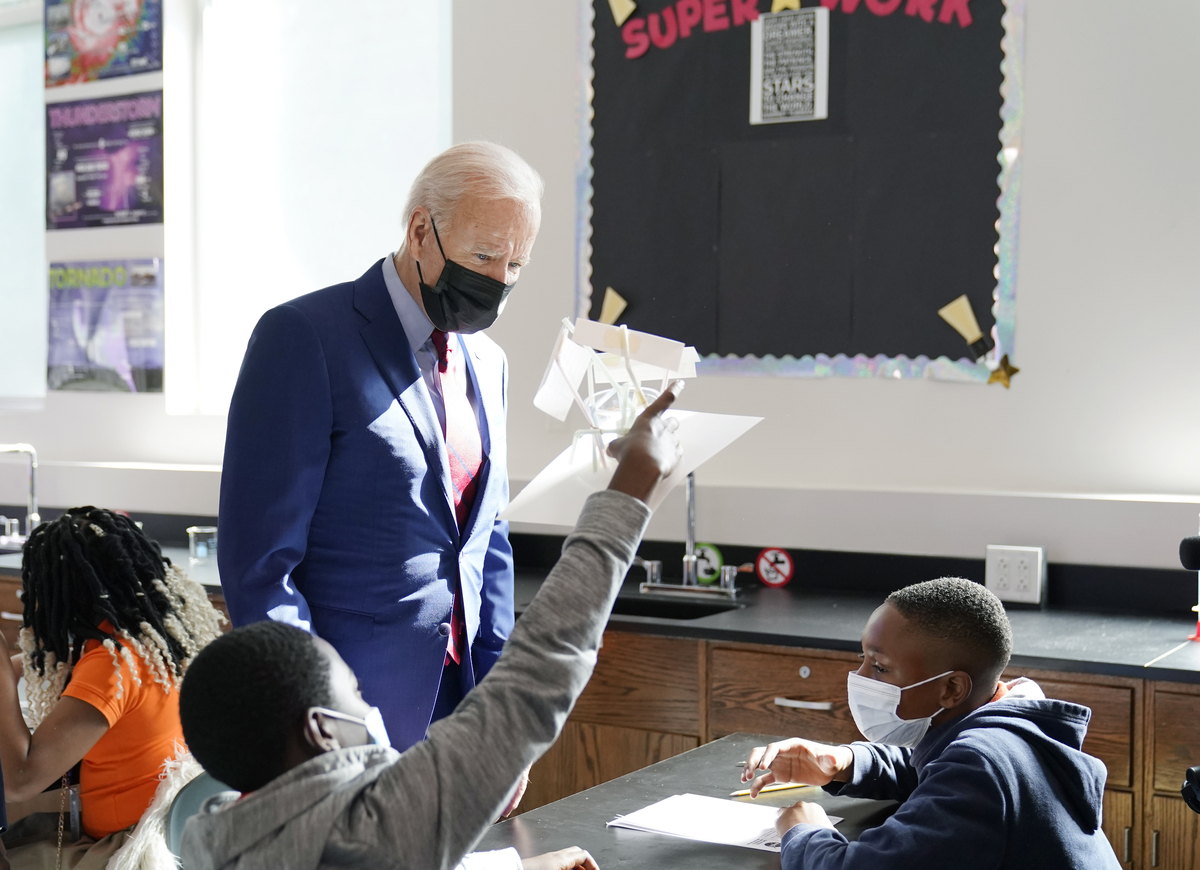 President Biden tours Brookland Middle School in Washington, D.C., on Friday. Biden has encouraged every school district to promote vaccines, including with on-site clinics, to protect students as they return to school amid a resurgence of the coronavirus.

President Biden said he was “disappointed” by Republican governors who are opposing his call for widespread vaccinations of teachers and school staff members. To those who wish to sue the federal government over mandates, he said, “Have at it.”

A number of Republican officials accused Biden of overreach when he announced his proposals Thursday, which included forthcoming rules for private companies with more than 100 employees to implement required vaccinations or weekly testing for their staff.

“Once again, President Biden has missed the mark. His outrageous, overreaching mandates will no doubt be challenged in the courts,” said Alabama Gov. Kay Ivey, who herself has expressed frustration with unvaccinated people as her state has faced a surge in cases from the delta variant. “Placing more burdens on both employers and employees during a pandemic with the rising inflation rates and lingering labor shortages is totally unacceptable,” she added.

The Republican National Committee threatened to sue the administration over the rules for private business.

Biden laid out a strategy to move out of the pandemic

As part of a series of steps to combat the surging pandemic, Biden on Thursday called on states to mandate that teachers and staff be vaccinated. He also urged parents of adolescents ages 12 and up to ensure their kids are vaccinated and said he was supporting the Food and Drug Administration’s efforts to evaluate the vaccine effects for children under 12.

In an interview on NPR’s Morning Edition, Dr. Francis Collins, director of the National Institutes of Health, says depending on the data, vaccine approval for 12 and under kids could come within “a couple of three or four weeks.” Collins added, “You want to be sure this is done right. Kids are not miniature adults, and we want to be sure that everything that’s put forward is going to be safe and effective.”

The Los Angeles Unified School District — the second largest in the U.S. — on Thursday approved a measure mandating vaccines for all students 12 and older.

Biden also said he will order that all federal teachers employed by the Defense Department, Head Start and Early Head Start programs, and teachers and staff at Bureau of Indian Education-operated schools get vaccinated.

In calling out his critics at the school on Friday, Biden said the series of measures were “hard but necessary” to beat the pandemic. Recent polling shows that the share of adults saying they won’t get vaccinated has dropped amid the latest surge in cases due to the delta variant.