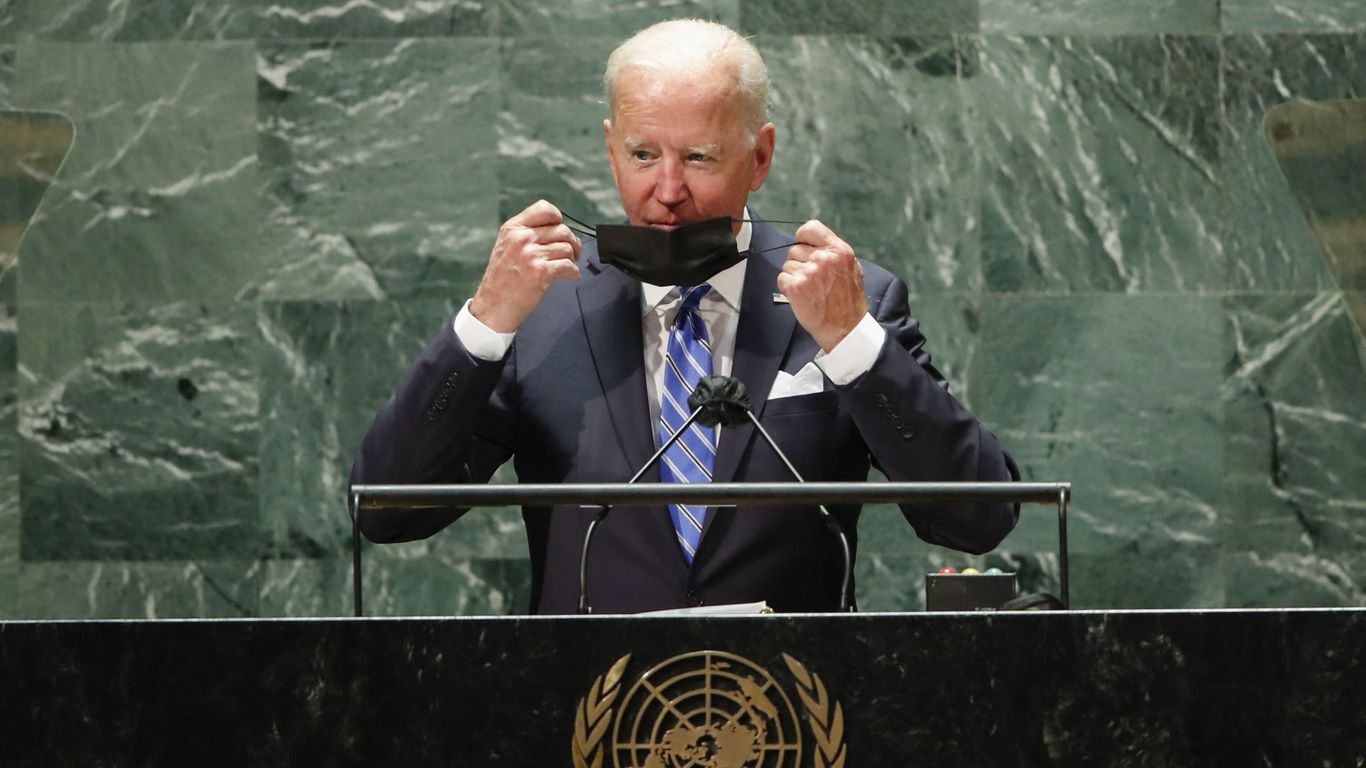 Addressing the UN General Assembly for the first time since taking office, President Biden laid out his vision for how the U.S. will confront what he characterized as a “decisive” next decade in human history.

Why it matters: In the face of unprecedented global challenges — the pandemic, climate change, rising authoritarianism — Biden made a case for multilateralism, democratic values, the rule of law and empathy for common struggles.

The big picture: Under the backdrop of the U.S. withdrawal from Afghanistan, Biden heralded the end of an “era of relentless war” and promised that the next era would be defined by “relentless diplomacy.”

Biden also focused a considerable portion of his speech on human rights and civil conflicts — urging the world to “never allow ourselves to give up on the possibility of progress.”

Between the lines: Biden’s speech was a resounding rejection of the “America First” rhetoric that the UNGA hall had grown accustomed to after four years of President Trump.