Biden concedes Democrats ‘are not going to get $3.5 trillion’ bill – Business Insider 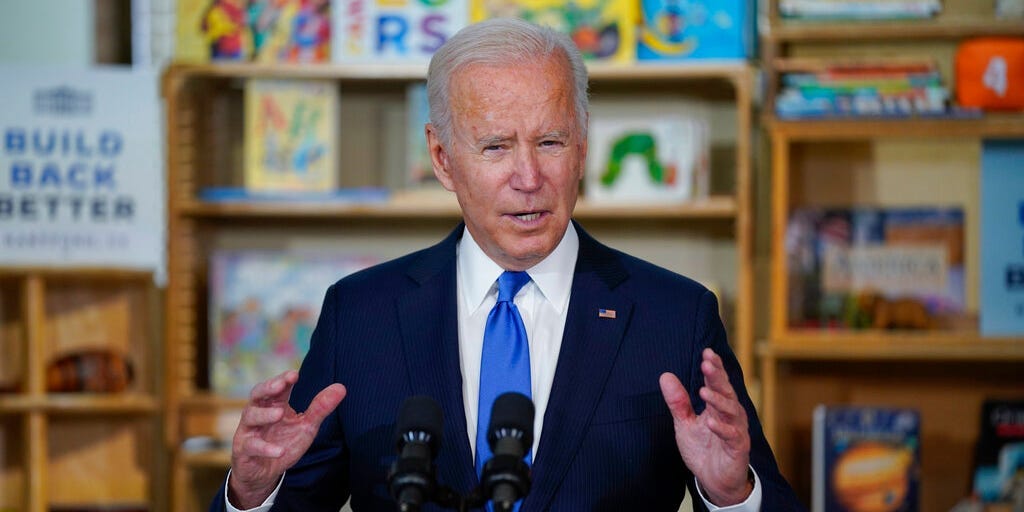 President Joe Biden conceded on Friday that Congressional Democrats weren’t going to get the full $3.5 trillion social spending bill that was outlined earlier this summer, the first time he’s publicly acknowledged the price tag needed to be cut in the face of resistance from a small but potent group of centrists in his party.

Biden also appeared to suggest some measures in the safety-net bill could be dropped entirely. “I don’t know if I can get it done, but I’ve also proposed two years of free community college,” he said.

The president’s remarks illustrate the tenuous state of the negotiations between Democrats and Sens. Joe Manchin of West Virginia and Kyrsten Sinema of Arizona on their safety net bill. It includes childcare subsidies, new Medicare benefits, Medicaid expansion a revamped child tax credit, affordable housing and more. All are on the chopping block with Democrats struggling to resolve major differences on the scale of tax increases and which priorities to fund.

Biden has privately floated a $2 trillion price tag as a possible compromise.

Many Democrats are growing frustrated with the pair since they want to approve the legislation as quickly as possible so new federal benefits get out the door quickly ahead of next year’s midterms. But negotiations are stalling out, partly over Sinema’s resistance to lifting tax rates for individuals and large businesses.

The party is pushing the spending plan through a process known as reconciliation. That allows Democrats to approve it with a simple majority and skirt unified GOP opposition. But Democrats need both Manchin’s and Sinema’s votes for the plan to clear the 50-50 Senate, making unanimity in the upper chamber imperative to their success.

Biden appeared to suggest that another reconciliation bill could be in the cards, a possibility some House Democrats haven’t been ruling out for next year. The White House didn’t immediately respond to Insider’s request for comment.