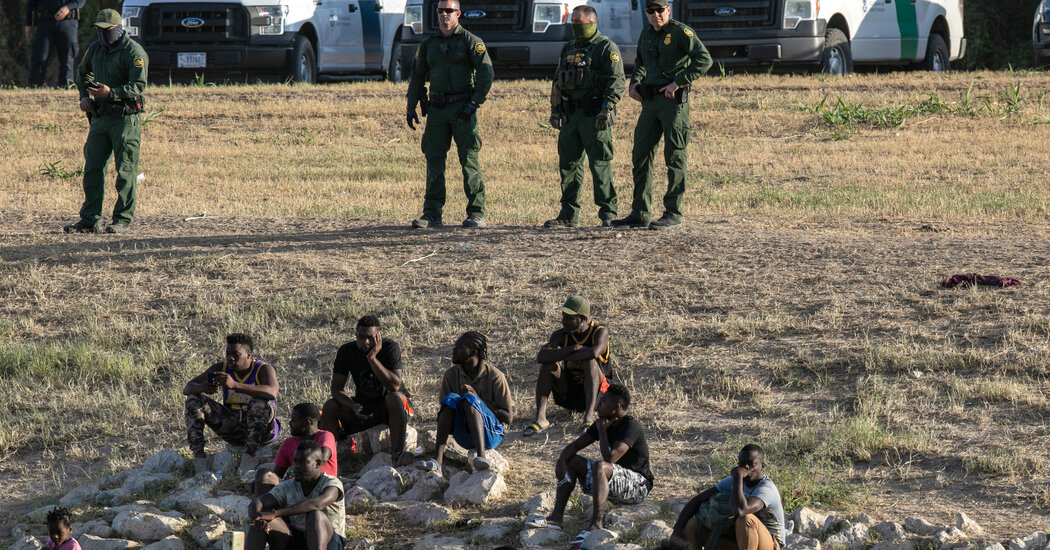 WASHINGTON — The Biden administration published new guidelines on Thursday for which undocumented immigrants should be prioritized for arrest, giving Immigration and Customs Enforcement agents broad discretion to decide who poses threats to public safety and national security.

The priorities are intended to further undo the broad immigration arrest policies of the Trump administration, and to instead direct immigration officers to focus on each person rather than categories of specific offenses.

“The fact that an individual is a removable noncitizen should not alone be the basis of an enforcement action against them,” Alejandro N. Mayorkas, the secretary of homeland security, said on Thursday. “Therefore, we are requiring and, frankly, empowering our work force — critically, empowering our work force — to exercise their judgment, their law enforcement judgment.”

But some immigration advocates think the guidelines give agents too much discretion without a clear plan for accountability.

The guidelines come as Democrats appear to be losing a fight to include a path to citizenship for millions of unauthorized and temporarily authorized immigrants in a sprawling budget reconciliation bill. The new arrest priorities would largely exclude the noncitizens to whom lawmakers had hoped to extend permanent residency, including young adults who arrived in the country as children, as well as farm and health care workers.

There are 11 million noncitizens in the country — some with temporary authorization to live and work, but many without any documentation at all — and limited resources to enforce the law.

Early in his administration, President Donald J. Trump rejected the prosecutorial discretion his predecessor put in place on immigration enforcement and instead set out to arrest any noncitizen in the country without authorization, speed deportations and enlist local law enforcement more often to act as immigration enforcers. Mr. Trump’s first press secretary, Sean Spicer, said the president wanted to “take the shackles” off Immigration and Customs Enforcement agents, which some agents at the time said was a welcome change.

Lena Graber, a senior staff attorney at the Immigrant Legal Resource Center, said she worried that the guidelines gave officers so much discretion that enforcement actions would not look much different from those during the Trump administration.

“It gives ICE field agents a ton of discretion to follow their own instincts and inclinations, with few real constraints,” Ms. Graber said. “This is an agency that runs a detention system where people are abused, neglected, sexually assaulted, involuntarily sterilized, denied medical treatment and denigrated in countless ways. And now, who goes into that system is entrusted to their personal judgment.”

The agency has faced many complaints for its treatment of detainees. Mr. Mayorkas said there would be training for agents regarding the guidelines, and reviews of arrests.

The guidelines, which also prioritize arresting people who crossed the border illegally since November, follow months of meetings Mr. Mayorkas held around the country with ICE employees. “They’re the ones who live in the communities and understand how things work, in practice, in reality,” Mr. Mayorkas said in a September interview with The New York Times.

“We’ve had very, very candid discussions, back and forth conversations,” he said. “They’re not united.”

Thomas D. Homan, Mr. Trump’s first acting director of ICE, said he spoke with ICE agents on Thursday who told him that they were “disgusted.”

“They’re disgusted with it because they took an oath to enforce immigration law,” Mr. Homan said, “only for the secretary to say, ‘Well, you’re not going to enforce most of it.’”

He added that the guidelines would further entice migrants to cross the border illegally, at a time when crossings are already at a 20-year high. Republicans have raised similar concerns, and have pointed to a decrease in the number of arrests since Mr. Biden took office.

“The Biden administration has welcomed the flood of illegal aliens crossing our border and is now promising those same illegal aliens that they may stay in the U.S. without repercussions,” Senator Tom Cotton, Republican of Arkansas, said in a Twitter post on Thursday.

Just as Republicans argue that the current border crisis cannot be overlooked in the drafting of arrest priorities, immigration advocates say the Border Patrol’s recent, widely criticized response to a large group of Haitian migrants crossing the Texas border illegally underscores concerns about giving immigration officers more discretion to decide who to target.

“There’s a lot of hesitation” in the advocacy community, said Jacinta Gonzalez, an organizer with Mijente, a grass-roots group. Advocacy groups have felt hopeless about the direction the Biden administration is moving in after Mr. Biden pledged to return humanity to the country’s immigration system, she said.

The memo released Thursday replaces interim guidance issued at the beginning of the Biden administration that has faced legal challenges. A federal judge in Texas issued a preliminary injunction blocking that earlier guidance in August, after Texas and Louisiana argued that the priorities excluded undocumented immigrants convicted of drug and other serious offenses. But an appellate court paused most of the injunction.

It was not immediately clear what effect the case might have on the new guidelines.

“The interim guidance provided clearer boundaries about what agents should do or not do, and a clearer process on how to apply them,” Ms Graber said. “This new policy removes those boundaries.”

Ms. Graber said the new guidelines were so different in some ways from the ones challenged in court that it suggested the administration had the litigation in mind when writing them. But Mr. Mayorkas said that was not the case.

“These guidelines are going to be assessed on an ongoing basis,” he said Thursday. “We will learn from our execution of our responsibilities under these guidelines, and we will revise the guidelines if and as our lessons dictate.”

The new priorities will take effect in 60 days. And for the first 90 days they are in place, enforcement decisions will be subject to “rigorous review,” according to the memo.