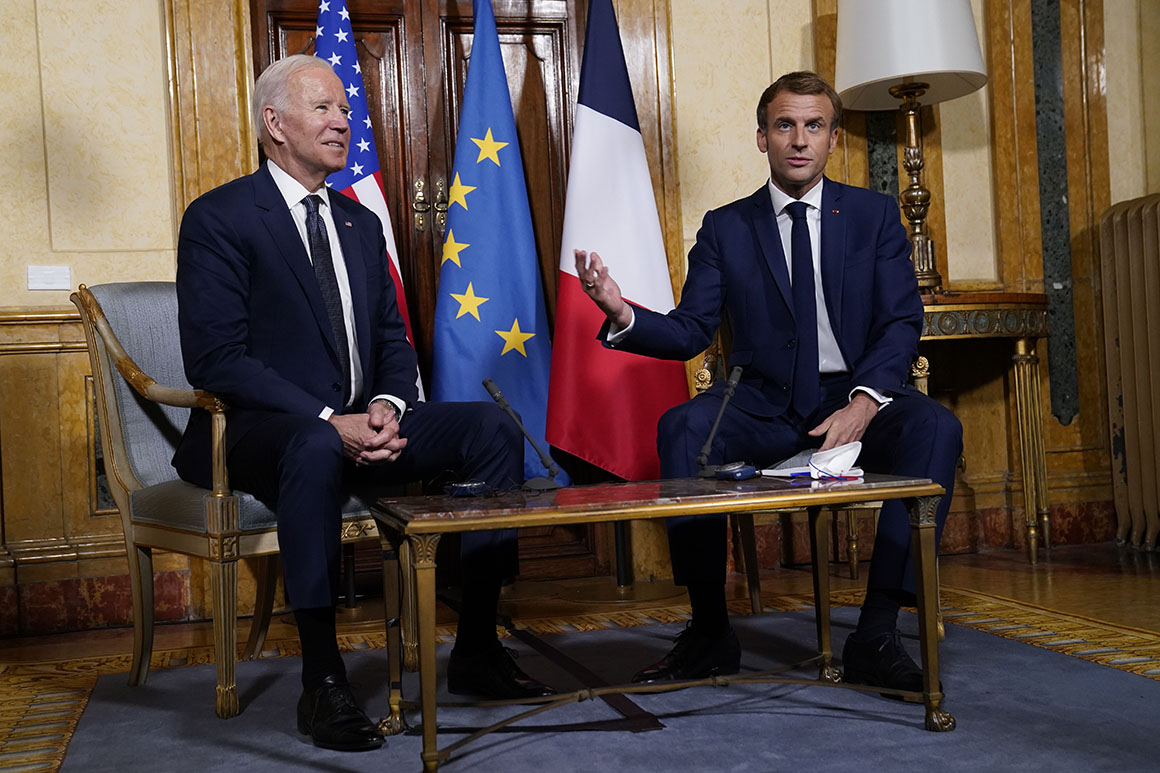 Under the terms of the so-called AUKUS agreement, Australia reneged on a multi-billion dollar submarine supply deal with France to enter into the new pact with the United Kingdom and the United States, which will include the construction of American nuclear-powered submarines.

The AUKUS announcement infuriated France, prompting Paris to recall its ambassadors in Washington and Canberra, to threaten to torpedo EU-Australian trade negotiations, and to push to postpone EU-U.S. talks on technology and trade.

A week later, Biden called Macron in an effort to cool the diplomatic tensions between their countries. During that conversation, the American president conceded Washington should have consulted Paris on the AUKUS agreement and pledged to meet his French counterpart in Europe in October.

At that summit Friday, Biden described France as “an extremely extremely valued partner” and claimed of the failed Australia-France submarine purchasing agreement: “I was under the impression that France had been informed long before that the deal was not coming through.”

Macron, for his part, said he and Biden had “clarified together what we had to clarify” and that “now, what’s important is to be sure that such a situation will not be possible for our future.”