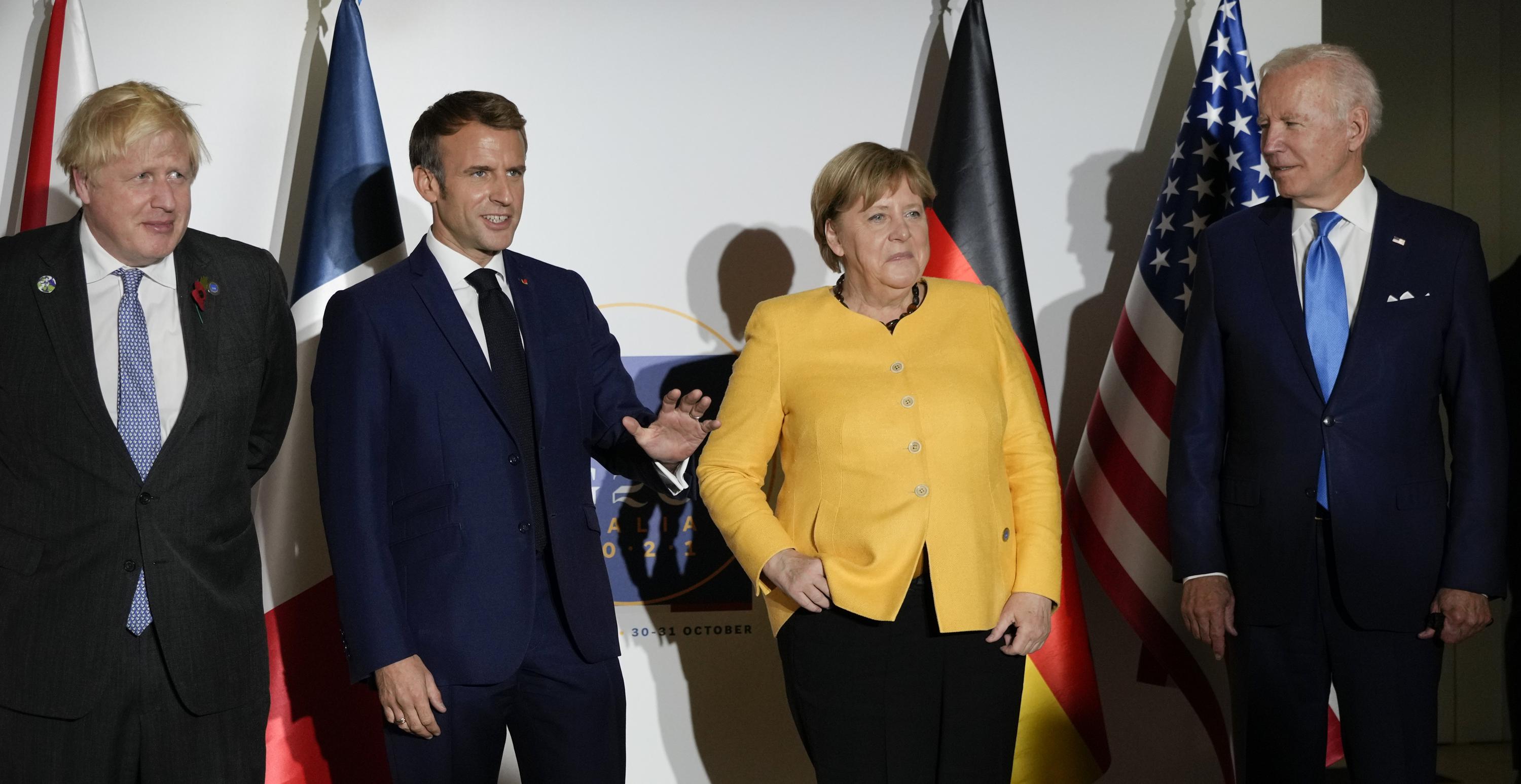 ROME (AP) — President Joe Biden said Saturday that nuclear talks with Iran would resume as he and European leaders warned Tehran that “accelerated” and “provocative nuclear steps” it has taken will jeopardize its return to compliance under a 2015 nuclear agreement.

Biden and the leaders of Germany, France and Britain met as Iran continues to enrich uranium to near-weapons-grade levels. The leaders are trying to revive the 2015 deal and restore Iran’s program to where it was under the pact, which kept the Islamic republic at least one year away from the potential to field a nuclear weapon.

In a joint statement issued after the meeting, Biden, Germany’s Angela Merkel, France’s Emmanuel Macron and Britain’s Boris Johnson “expressed our determination to ensure that Iran can never develop or acquire a nuclear weapon.”

The leaders shared “our grave and growing concern” that Iran “has accelerated the pace of provocative nuclear steps” after it halted negotiations on a return to the nuclear agreement, formally known as Joint Comprehensive Plan of Action (JCPOA).

They also warned that Iran’s nuclear developments and restrictions on international monitoring by the International Atomic Energy Agency “will jeopardize the possibility of a return to” the deal.

As the leaders posed for photos before the closed-door talks, Biden was asked when he would like the stalled negotiations with Iran to resume.

“They’re scheduled to resume,” he said, in what appeared to be the first public confirmation by the U.S. of a resumption in negotiations.

Iran has yet to commit to a date to return to nuclear talks being held in Vienna but has signaled it will do so next week with a target of late November for resuming the negotiations. The U.S. and others have expressed skepticism about Iranian intentions.

The U.N.’s atomic watchdog has said Iran is increasingly in violation of the nuclear deal, which President Donald Trump withdrew the U.S. from. The U.S. has participated indirectly in talks aimed at bringing both Washington and Tehran back into compliance. Those talks in Vienna have been on hiatus since June, when Iranian President Ebrahim Raisi took power.

“We call upon President Raisi to seize this opportunity and return to a good faith effort to conclude our negotiations as a matter of urgency,” the leaders said in their communique. “That is the only sure way to avoid a dangerous escalation, which is not in any country’s interest.”

The four leaders met Saturday’ while in Rome for the Group of 20 summit, the first stop on Biden’s five-day foreign trip. He’s also attending a U.N. climate conference in Scotland.

Biden was welcomed to the summit site by Italian Prime Minister Mario Draghi and joined his counterparts for the customary “family photo’” before he went to the opening plenary session on the COVID-19 pandemic and economic recovery.

Saturday’s meeting came several days after Ali Bagheri, Iran’s deputy foreign minister and chief negotiator for the talks, tweeted that Iran has agreed to restart negotiations by the end of November. Bagheri said a date to resume talks would be announced soon.

U.S. national security adviser Jake Sullivan said Thursday that the U.S. was still trying to determine whether Iran was serious about returning to the negotiations.

“We have heard positive signals that they are, but I think we have to wait and see when and whether they actually show up at the negotiating table,” he told reporters Thursday aboard Air Force One as Biden flew to Rome.

Sullivan said the leaders would send “clear messages” to Iran that the window for negotiation “is not unlimited.”

“We, of course, retain all other options to be able to deal with this program as necessary,” he said.

Saturday’s meeting came after American officials blamed Iran for a drone attack on a remote U.S. outpost in Syria. Officials said Monday the U.S. believes Iran resourced and encouraged the attack, but that the drones were not launched from Iran.

No deaths or injuries were reported as a result of the attack.

At the summit, Biden pushed for progress toward his goal of establishing a global 15% corporate minimum tax, the White House said, even as his domestic effort to raise the business rate to that figure was stuck in limbo in Washington.

He also was expected to discuss measures to ease a global energy supply crunch that has fueled rising prices, imperiling the global economic recovery. On Sunday, Biden planned to host an event on strengthening supply chains around the world as factories and ports have struggled to deliver goods because of the pandemic.