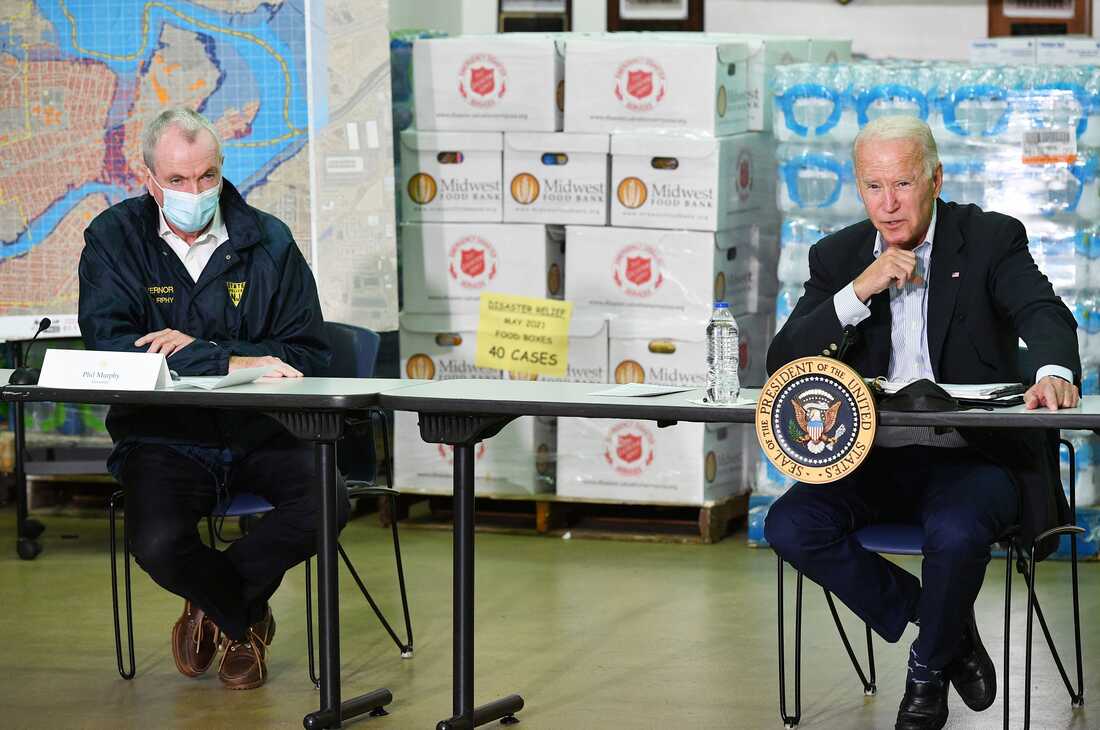 President Biden takes part in a briefing with New Jersey Governor Phil Murphy and other local leaders in the aftermath of Hurricane Ida on Tuesday. Mandel Ngan/AFP via Getty Images hide caption 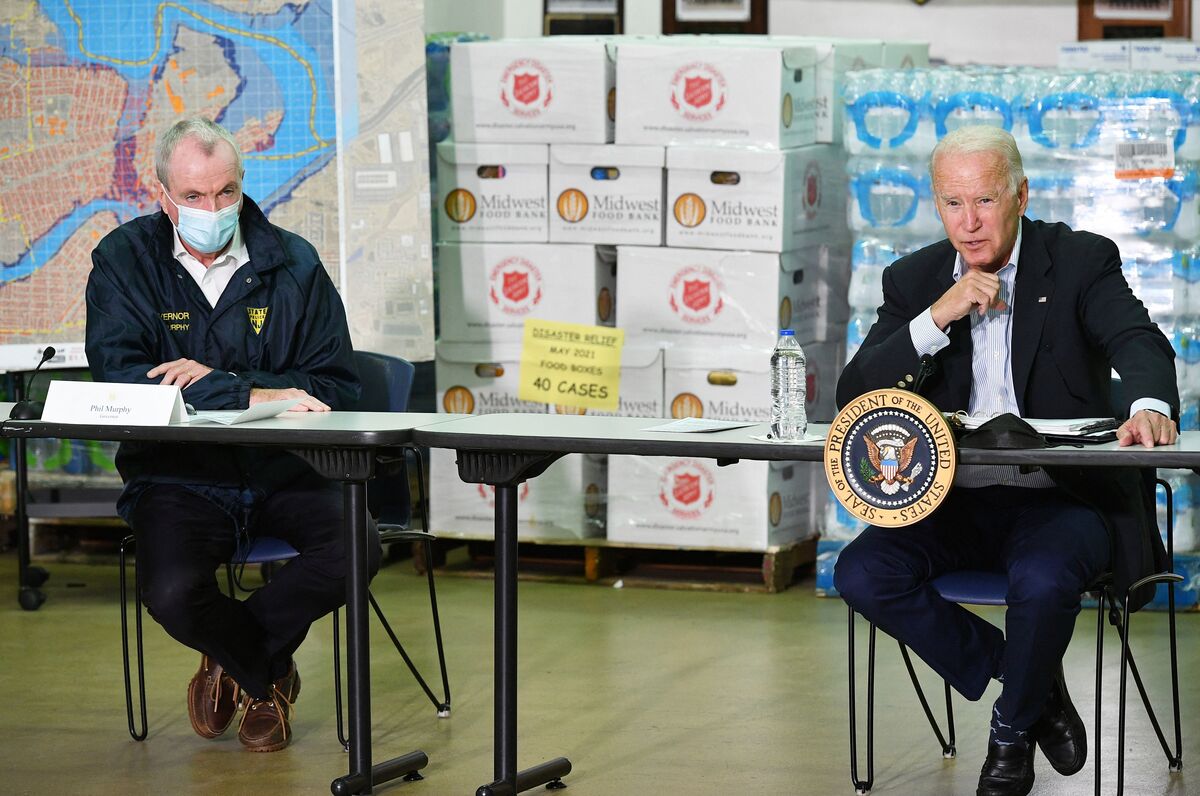 President Biden takes part in a briefing with New Jersey Governor Phil Murphy and other local leaders in the aftermath of Hurricane Ida on Tuesday.

President Biden on Tuesday spoke in stark terms about the reality of climate change during a visit to the northeast United States, which experienced deadly flooding and catastrophic infrastructure damage last week from Hurricane Ida.

“For decades, scientists have warned that extreme weather would be more extreme and climate change was here. And we’re living through it now,” Biden said during public remarks with New Jersey officials on the fallout from last week’s storm.

“We don’t have any more time.”

New Jersey was among the states hardest hit by the deadly storm, which made landfall in Louisiana and swept to the northeast, bringing with it historic rainfall, gale-force winds and sprinkling several tornadoes in its path.

Ida was New Jersey’s fourth hundred-year storm in just two decades, Somerset County Commissioner Director Shanel Robinson said during the briefing. And experts have warned that such natural disasters will only get more common and more powerful as human-influenced global warming continues.

Dozens of people died from Ida’s wrath alone, while on the other side of the country, deadly wildfires continue to burn out of control, eating away miles of landscape and infrastructure and threatening the air quality for residents of the West Coast.

“Every part of the country is getting hit by extreme weather. And we’re now living in real time what the country’s going to look like,” Biden said.

“We can’t turn it back very much, but we can prevent it from getting worse.”

Since taking office, Biden has vowed to tackle climate change while boosting the nation’s middle class by funding green jobs initiatives as part of his “Build Back Better” agenda.