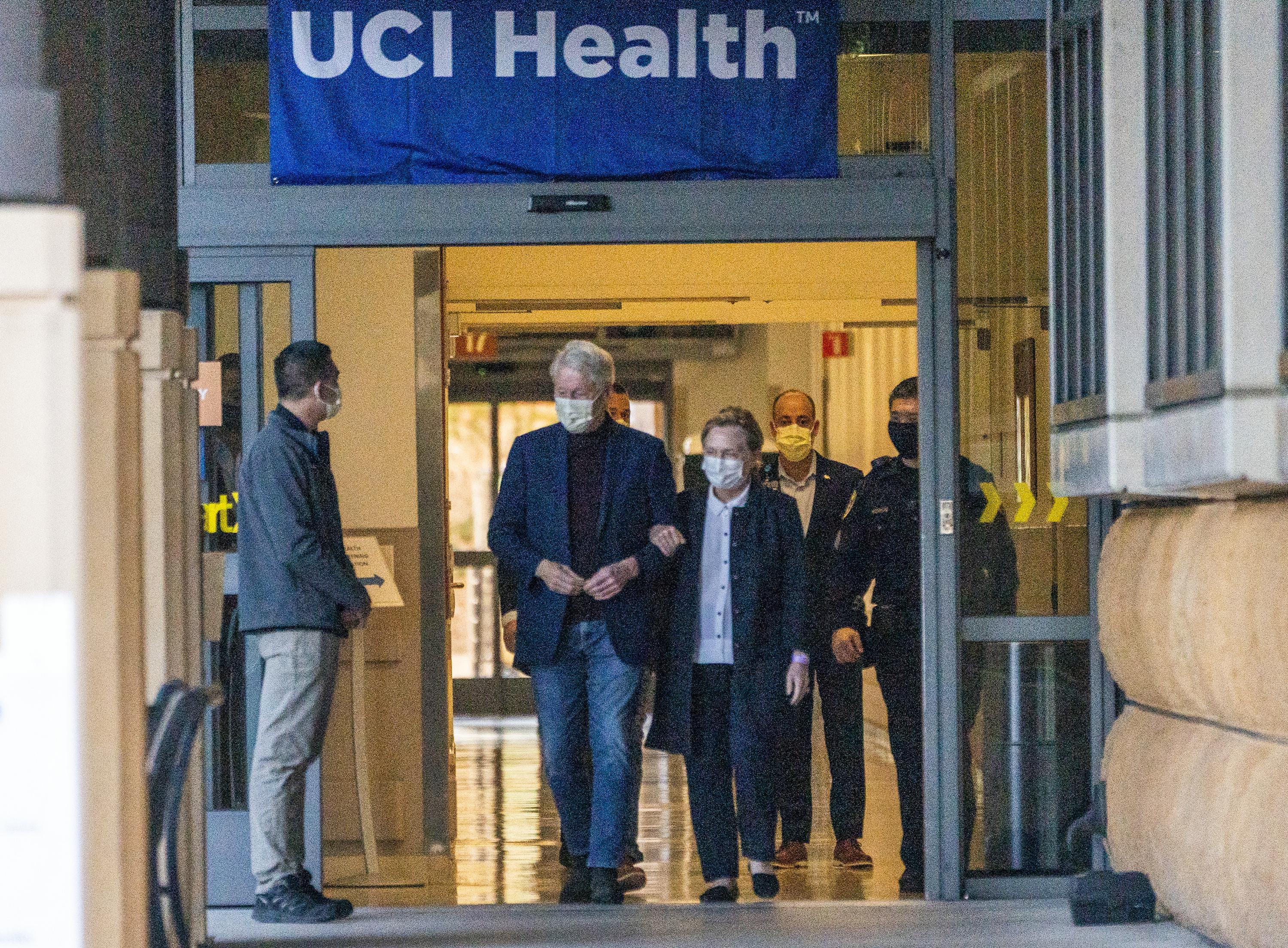 ORANGE, Calif. (AP) — Bill Clinton was released Sunday from the Southern California hospital where he had been treated for an infection, and will head home to New York to continue his recovery, a spokesman said.

The former president left the University of California Irvine Medical Center around 8 a.m. with Hillary Clinton on his arm. Dressed in jeans and a sports coat and wearing a face mask, he made his way out of the hospital slowly and stopped to shake hands with doctors and nurses lined up on the sidewalk.

He gave a thumbs-up when a reporter asked how he was feeling, and he and Hillary Clinton then boarded a black SUV. They departed in a motorcade escorted by the California Highway Patrol and headed to the airport.

Bill Clinton’s “fever and white blood cell count are normalized, and he will return home to New York to finish his course of antibiotics,” Dr. Alpesh N. Amin said in a statement shared on Twitter by a Clinton spokesman.

Clinton, 75, was admitted Tuesday to the hospital southeast of Los Angeles with an infection unrelated to COVID-19. He plans to continue his recovery at his Chappaqua, New York, home, officials said.

Spokesman Angel Ureña had said Saturday that Clinton would remain hospitalized one more night to receive further intravenous antibiotics. But all health indicators were “trending in the right direction,” Ureña said.

Hillary Clinton had been with her husband at the hospital and was accompanied there Saturday by daughter Chelsea.

President Joe Biden said Friday night that he had spoken to Bill Clinton, and the former president “sends his best.”

“He’s doing fine; he really is,” Biden said during remarks at the University of Connecticut.

An aide to the former president said Bill Clinton had a urological infection that spread to his bloodstream but was on the mend and never went into septic shock, a potentially life-threatening condition.

The aide, who spoke to reporters at the hospital on the condition his name wasn’t used, said Clinton was in an intensive care section of the hospital but wasn’t receiving ICU care.

In the years since Clinton left the White House in 2001, the former president has faced health scares. In 2004, he underwent quadruple bypass surgery after experiencing prolonged chest pains and shortness of breath. He returned to the hospital for surgery for a partially collapsed lung in 2005, and in 2010 he had a pair of stents implanted in a coronary artery.

He responded by embracing a largely vegan diet that saw him lose weight and report improved health.