Having given the SEC a ‘virtual’ middle finger during the ‘TSLA 430’, ‘funding secured’ debacle, the world’s richest man is back after a brief haitus on Twitter to pump (and perhaps dump) cryptocurrencies. 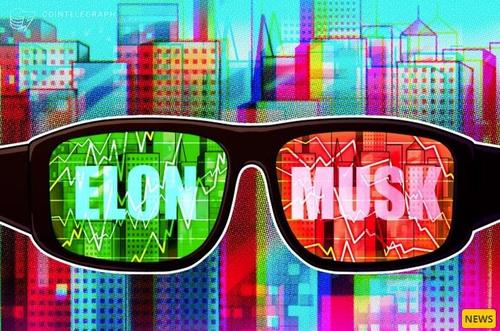 Just days after saying he would be taking a break from Twitter “for a while,” Musk began his morning tweetfest with a one-word message: “Doge” and an image of a rocket heading to the moon…

And then the tweetfest continued…

No need to be a gigachad to own

No highs, no lows, only Doge

That series of tweets sparked a huge surge in Dogecoin… 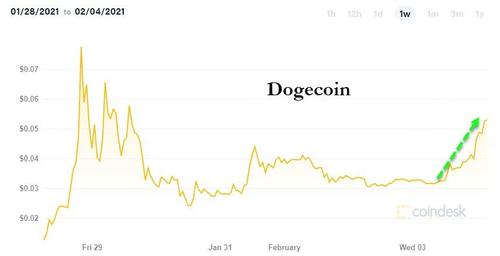 To which he concluded…

Additionally, Musk’s removal of the word ‘Bitcoin’ from his bio prompted some weakness in the biggest crypto… 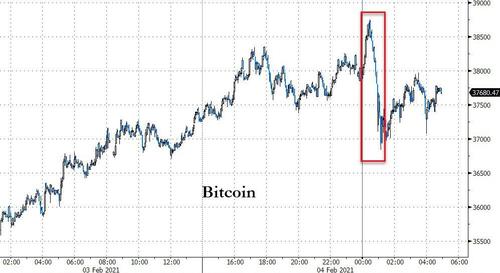 And, if researchers are correct, cryptocurrency holders should hope that Elon Musk doesn’t get bored of Bitcoin anytime soon. CoinTelegraph reports that Blockchain Research Lab published a paper on Jan. 3 titled, How Elon Musk’s Twitter activity moves cryptocurrency markets. The paper looks at six occasions when Elon Musk tweeted about cryptocurrency and attempts to measure the resultant impact on the trading volume and spot price of the coins in question.

Of the six tweets, four were related to Dogecoin and two were related to Bitcoin. The paper concludes that all six events had an impact on the trading activity of both cryptocurrencies, specifically their trade volume:

“Across all events, we identify significant increases in trading volume that are attributable to the events.”

We wonder how much longer Musk can keep up these ‘pumping’ tweets before a regulator starts paying attention’ or is the world’s richest man merely mocking the insanity of Dogecoin’s moves?

As a reminder, in an interview with Clubhouse last week, Musk described his various previous interactions with the cryptocurrency as “jokes,” nonetheless musing that its best days could still lie ahead:

“Dogecoin is made as a joke to make fun of cryptocurrencies, obviously, but fate loves irony,” he summarized at the time.

Or does the world’s richest man still think he is there for the little guy?

I am become meme,
Destroyer of shorts

Previous post: [ The QAnon Takeover Of The GOP Is A Fantasy Of Corporate Media And Democrats ]
Next post: [ A Reflationary Shockwave Is Literally Spreading Across The World's Oceans ]