Unlike Alexandria Ocasio-Cortez, some hedge funds actually are being threatened. The increase in “hate” toward rich money managers is the result of the Reddit-fueled populist uprising surrounding capital markets.

This “Reddit Rebellion” has prompted wealthy hedgies ramping up their personal and corporate security with Bloomberg reporting today that as a result of last week’s GameStop debacle, “the level of vitriol has experts wondering if merely owning a certain stock, or betting against it, might pose new safety risks.” In fact, short sellers told Bloomberg they had dealt with “death threats, attempts to hack their phones, people trying to enter their offices and obscene messages sent to spouses.”

Christopher Falkenberg, president of security firm Insite Risk Management, told Bloomberg “we now say to clients, ‘Tell us about your positions.’ We’ve never done that before. And we have clients with short positions who are saying to us, ‘We need a new security program.”

Gabe Plotkin, head of Melvin Capital, a hedge fund that suffered billions in losses due to the GameStop short squeeze, says he has hired extra security for his family (and, arguably, his Miami beachfront mansion which is currently in the process of expansion). Plotkin was reportedly the target of “anti-Semitic slurs” and a chorus of insults from the market’s newest participants. 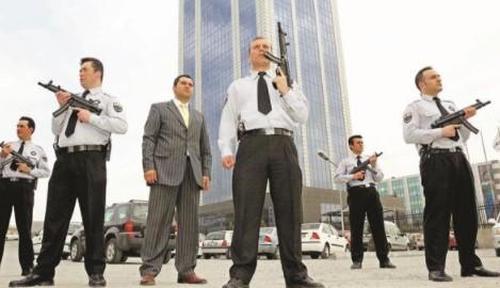 Another famous example is Point 72’s Steve Cohen, who was driven off Twitter by a mob of angry investors. He said his family received personal threats and cited that as the reason for leaving Twitter.

Days prior to that, Citron Research made a video saying it was getting out of short selling altogether, and that its family had been threatened and contacted repeatedly as a result of its investments. “I’ve never seen such an exchange of ideas of people so angry about someone joining the other side of a trade,” Left commented at the time.

One early critic of now-defunct Wirecard said that “a suspicious car once followed his young son and nanny and took pictures of them”. He also claimed “he was being watched from vehicles parked outside his home — once they even accosted him at his front door.”

But not all short sellers have given up. Muddy Waters’ Carson Block, despite lightening up his short positions, has said he is not going to stop issuing short research. On Thursday, well known Hindenburg Research released a critical report on SPAC Clover Health that was brought to the market by Chamath Palihapitiya.

“Even if they unwound the trades, they represent the establishment. This is going to change things for our clients,” Falkenberg said. In addition to adding private security, many fund managers have been adding to their physical defenses at home, he said.

Falkenberg concluded: “The vitriol is more extreme, focusing not only on their stock positions but also their cultural positions. It becomes inherently more personal, and the trader becomes more of a personal enemy.” He also noted that the threats are part of a “general increase in hostility toward institutions”.

Needless to say, little of this insanity would be manifest across markets if there wasn’t an ocean of excess liquidity making a total mockery of investing. Thanks again, Jerome. 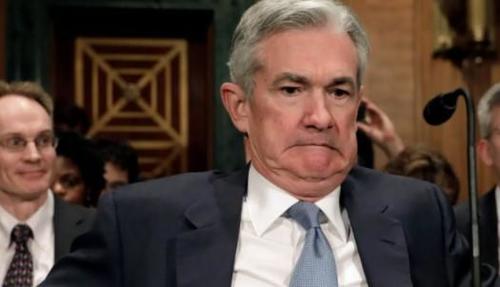 Then again, the only thing that can possibly end this insanity and cleanse the system of all its excesses, is even more “hostility toward institutions”, so one can argue that the best strategy at this point is to cheer on the failed establishment as it rushes to the inevitable and catastrophic culmination of decades of monetary and fiscal absurdity.