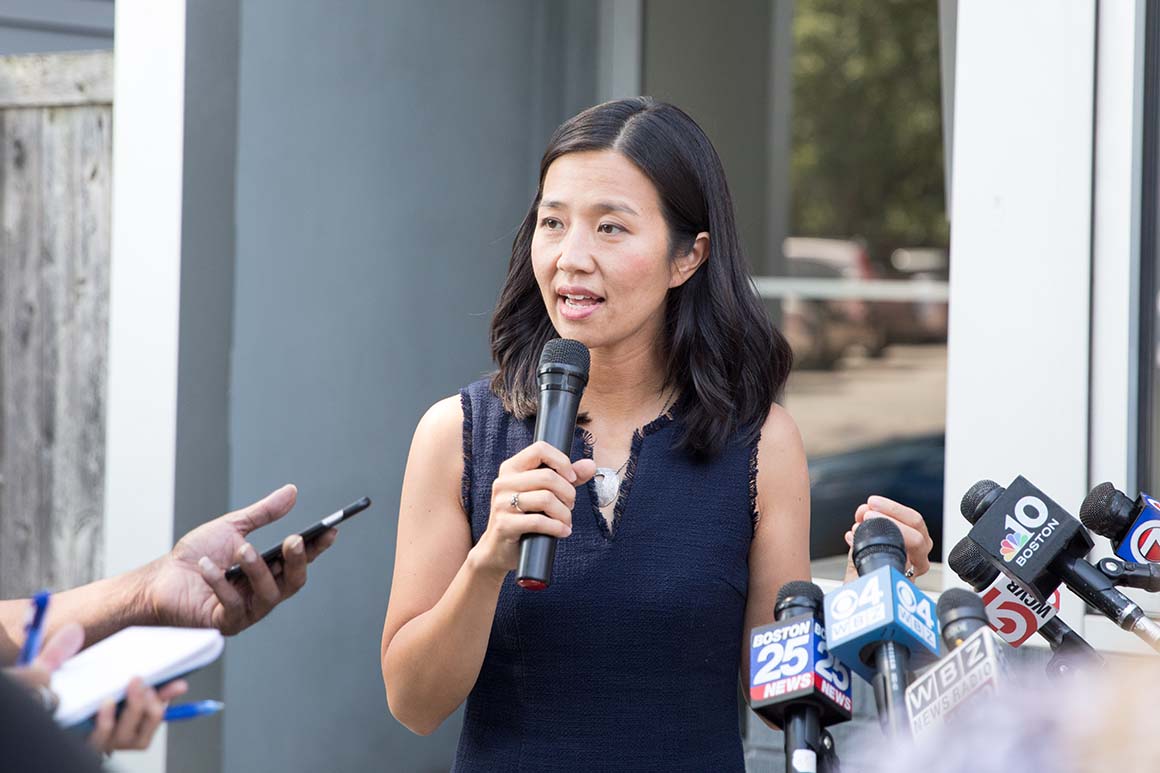 “This is about a choice for our future,” Wu, a Sen. Elizabeth Warren-backed progressive who touts a Boston Green New Deal, told supporters Tuesday evening. “This is a choice about whether City Hall tackles our biggest challenges with bold solutions or we nibble around the edges of the status quo.”

Essaibi George responded later with: “Boldness is about getting it done. And instead of just advocating and participating in academic exercises and having lovely conversations, as mayor I will do these things.”

Essaibi George, who eschews being called a moderate or a centrist, rejected those labels as “lazy” in her victory speech. But some voters said they liked having a more moderate option in a progressive-leaning field, and Essaibi George walked a fine line last night between calling for change and casting several of the ideas of her progressive rival as too pie-in-the-sky to be achieved.

In elevating Wu and Essaibi George, voters denied Acting Mayor Kim Janey a shot at a full term. Janey became the first Black woman and first person of color to lead the city after former Mayor Marty Walsh was tapped by President Joe Biden to serve as Labor secretary.

All three Black candidates in the race — Janey, City Councilor Andrea Campbell and former city economic development chief John Barros — fell short Tuesday, realizing Black community fears that the failure to coalesce behind a single candidate would cause them all to lose out.

State Rep. Chynah Tyler, the chair of the Legislature’s Black and Latino caucus who endorsed Campbell, vowed to hold the final two candidates accountable to the needs of Black Bostonians. State Rep. Nika Elugardo, who backed Janey, said she hopes “we’ll be galvanized” by the losses. ”We don’t really have any other meaningful choices,” she said.

While Janey had the advantage of the bully pulpit in Tuesday’s preliminary contest, her five-plus month tenure as acting mayor became a double-edged sword. Janey’s stint in City Hall was a tumultuous period in which she lurched from one crisis to another — among them the unresolved police scandals she inherited from Walsh and the worsening public health crisis at the intersection of Massachusetts Avenue and Melnea Cass Boulevard. The coronavirus resurgence quickly overshadowed her early efforts to bolster housing security and opened her up to sustained criticism from rivals who hammered her as too slow to act on vaccine and mask mandates.