Brandon Bostian, engineer during fatal 2015 Amtrak crash, found not guilty of all charges – The Philadelphia Inquirer 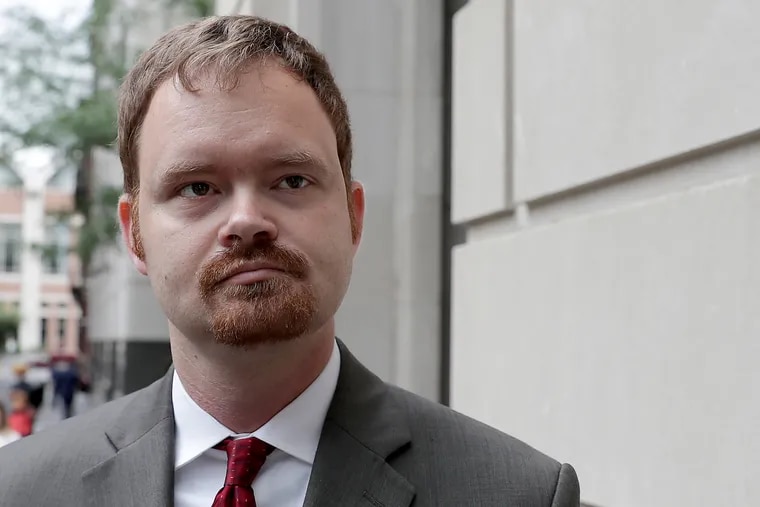 It took a jury less than 90 minutes to find Amtrak engineer Brandon Bostian not guilty of all charges in connection with the May 2015 derailment of Train 188, concluding years of legal twists over the crash that left eight people dead and more than 200 injured.

Bostian had faced charges of causing a catastrophe, eight counts of involuntary manslaughter, and almost 250 counts of reckless endangerment, with prosecutors asserting that the crash was a result of Bostian neglecting his job to control the speed of the train. The defense, meanwhile, contended that the engineer had simply made an honest mistake as a result of distractions outside his control.

Outside the Juanita Kidd Stout Center for Criminal Justice, Bostian struggled as he held back tears and let his attorney Brian McMonagle speak to reporters on his behalf.

“We’ve said from the beginning this was a terrible accident,” said McMonagle. “A couple hundred people were forever changed by it and a good man has been living the ordeal of being asked to pay for a crime he didn’t commit. Now he and his family can get back with trying to figure out the rest of his life.”

Friday’s verdict also ended a seven-year saga for family members of victims who had long waited for the criminal trial. Amtrak admitted liability and agreed to pay a $265 million settlement to victims in 2016 but prosecutors’ efforts to put Bostian on trial took years.

The jury reached its verdict on its first day of deliberations following a weeklong trial and a short suspension in deliberations Friday. An alternate was brought in and the panel began deliberations anew after one juror asked to be excused following the death of his sister.

The case focused on Bostian’s actions the night of May 12, 2015, when he was the engineer on Train 188, which was traveling to New York City, a route prosecutors said Bostian had to know by memory in order to be permitted to be the sole engineer.

After departing from Philadelphia’s 30th Street Station, Bostian approached one of the most difficult sections on his route at Frankford Junction, accelerating up to 106 mph, more than twice the speed limit, and causing the derailment.

A year after the crash, the National Transportation Safety Board released a report that found Bostian was not intoxicated, fatigued, or on his cell phone. In interviews with federal investigators, Bostian described hearing distress calls from a SEPTA engineer, who said he was “kind of dinged” and had to make an emergency stop after “something” — later determined to be rocks — shattered the windshield of the cab.

The defense’s case leaned heavily on that broadcast and introduced dispatches made by an engineer on another train, which also described projectiles being hurled. The defense asked jurors to consider the impact of those reports on Bostian as he made his way through Philly.

Pointing to interviews of former colleagues and supervisors, as well as his incident-free track record since he became an engineer in 2010, the defense painted Bostian as a responsible employee, a train enthusiast, and another victim of people hiding in the darkness that night.

McMonagle argued the trespassers throwing rocks at trains were the ones who created a distraction for Bostian, causing him to lose his focus and make a fatal mistake.

The distraction made Bostian think he was in a stretch of track where he could increase his speed to 110 mph, posited McMonagle. The 2016 NTSB report came to a similar conclusion, saying Bostian had lost his “situational awareness” as he monitored reports of the rock-throwing incidents.

The prosecution, however, countered with engineers who testified that it’s common for people to toss projectiles at trains. Those other engineers, prosecutors argued, avoided crashes by relying on their training.

Leading the prosecution, Christopher Phillips of the state Attorney General’s Office, also tried to cast doubt on McMonagle’s claims that Bostian, who required 14 stitches and suffered a concussion, didn’t know where he was as he sped up.

Immediately after the crash, Bostian told a passenger exactly where they were, despite later asking authorities if he was in New York.

The state Attorney General’s Office said in a statement that it respected the jury’s decision.

“There is no question that the excessive speed of the train that the defendant operated resulted in death and injury to his passengers,” read the statement. “Our goal throughout this long legal process was to seek justice for each and every victim, and help bring victims’ families and their loved ones closure.”

Tom Kline, who represented crash victims in a private criminal complaint, said the trial offered a form of public accountability. Kline said families were able to hear the defense acknowledge Bostian made a mistake that evening.

“That provides some measure of closure to the eight families who lost loved ones, and the scores of others who were catastrophically injured by Mr. Bostian’s conduct that night, which caused so much suffering and pain,” said Kline.

The jury reached its verdict after five days of testimony from other engineers, including the Amtrak engineer who trained Bostian; crash investigators; the older brother of a crash victim; and a passenger injured in the crash.

Last week, Bostian rejected a plea deal that would have dropped the lead charge of causing a catastrophe, a felony, choosing instead to let a jury decide his fate.