Brian Laundrie showed telltale signs of a domestic abuser and control freak in his erratic public behavior around fiancée Gabby Petito in the weeks before her death – and he may have had help evading authorities before investigators found her body, according to an expert criminal profiler.

“I think he’s a coward on the run,” John Kelly, a longtime criminal profiler and psychotherapist, told Fox News. “Knowing that he’s a coward, where would we think he would go? Do we think he’s macho enough to go off to Mexico? I don’t know about that.”

Laundrie’s parents told police on Sept. 17 that they hadn’t seen him since three days prior – so he had a potential head start toward wherever he may be now. The FBI said search teams found Petito’s remains at the Spread Creek dispersed camping area, just north of Jackson Hole, Wyoming, on Sunday, Sept. 19.

Kelly said he believes Laundrie may have flipped the switch from “asocial” to “anti-social” before Petito died by homicide in Wyoming’s Teton Range. 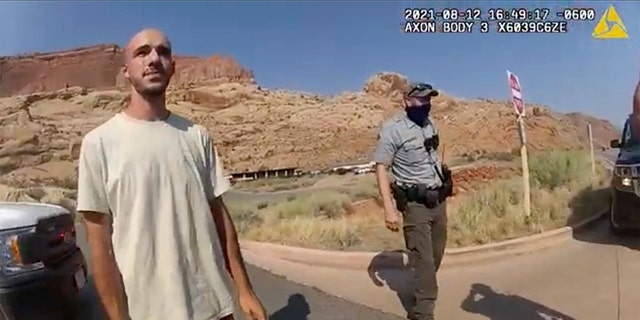 FILE – This Aug. 12, 2021 file photo from video provided by The Moab Police Department shows Brian Laundrie talking to a police officer after police pulled over the van he was traveling in with his girlfriend, Gabrielle “Gabby” Petito, near the entrance to Arches National Park. Laundrie, the boyfriend of Gabby Petito, whose body was found at a national park in Wyoming after a cross-country trip with him, has been charged with unauthorized use of a debit card as searchers continue looking for him in Florida swampland, federal authorities announced Thursday, Sept. 23, 2021. (The Moab Police Department via AP, File)

“Asocial is pretty much somebody that likes to be alone…they’re not hurting anybody,” John Kelly, a longtime criminal profiler and psychotherapist, told Fox News. “Antisocial is when you strike out at society and have a lot of anger and resentment.”

And the ultimate antisocial act, he said, would be killing someone.

Laundrie’s attorney, Steven Bertolino, did not immediately respond to a request for comment.

Laundrie has not been charged in connection with Petito’s disappearance or death. But investigators have named him a person of interest and questioned why he appeared at his parents’ Florida house in her van, without her, just days after they were last seen together in Wyoming.

Eight days after Petito’s mother reported her missing, investigators found her remains at a campsite just north of Jackson Hole. 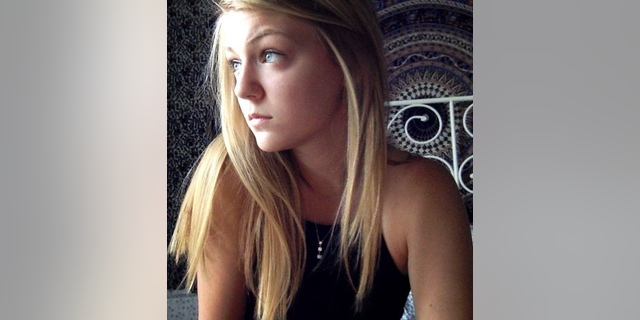 A string of alarming incidents preceded Petito’s disappearance.  Police responded to an alleged domestic incident in which a caller reported seeing Laundrie slapping and hitting Petito. When they arrived, the couple and another witness said nothing about that allegation, and police eventually asked them to split up for the night and let them go. Two weeks later, in Jackson Hole, Laundrie was seen arguing with wait staff at the Merry Piglets restaurant.

Eyewitnesses said a distraught Petito apologized to the workers – and that contradiction of Laundrie’s rage could have set off the next fight, according to multiple experts.

And the conflicts illustrate that Laundrie couldn’t take criticism well, especially not from women, Kelly said. Taken together, these cases could paint the portrait of a domestic abuser.

Another concerning aspect Kelly saw in Laundrie’s social media postings is the artwork he shared to Instagram – images of demons, werewolves and other monstrosities.

“I see a projection of himself in his art, where he understands to some point that he has this monster inside of him, or he is a monster,” Kelly said. “And this monster may have come out.”

Kelly said he suspects that Laundrie’s entire self-worth was built around his relationship with Petito and that without her, “he’s got nothing.”

But he said that documented fights involving Laundrie and Petito – a police-involved stop in Moab, Utah, and a spat with wait staff at a restaurant in Jackson Hole, Wyoming – illustrate that Laundrie couldn’t take criticism well, especially not from women.

When Laundrie disappeared from his parents’ house last week, he left his phone and wallet behind when he vanished, leading Kelly to believe he’s on the run with no intention of being found. Often when people go off the harm themselves, he said, they bring their phones so their remains can be found. But for that same reason, a phone would be a liability for someone on the run.

“Usually, to me, that means somebody that wants to be on the run and travel under the radar and then if he’s stopped by the cops, he can give them a fake name,” he said. “He has no ID on him, they can’t readily know who he is.”

Kelly has worked on a number of high-profile cases, including the Golden State Killer, the Long Island Serial Killer and the Green River Killer.