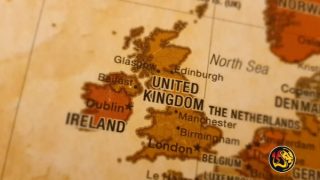 Prime Minister Boris Johnson has canceled all engagements following the attack in the town of Leigh-on-Sea in Essex county, his office said.

“We were called to an address in Eastwood Road North shortly after 12.05 pm today (Friday 15 October). We attended and found a man injured. He was treated by emergency services but, sadly, died at the scene,” it added.

“A 25-year-old man was quickly arrested after officers arrived at the scene on suspicion of murder, and a knife was recovered. He is currently in custody.”

Police said it appeared the man acted alone. “We are not looking for anyone else in connection with this incident.”

As news emerged of Amess’ death, tributes poured in from those who knew him well, including the Conservative party’s former communications director and the prime minister’s wife, Carrie Johnson. “Absolutely devastating news about Sir David Amess. He was hugely kind and good. An enormous animal lover and a true gent,” she wrote on social networking site Twitter. “This is so completely unjust. Thoughts are with his wife and their children,” she added.

Judith Canham, the deputy chair of the local Conservative club, said Amess was a “true constituency MP” and a “friend to everyone.”

The killing of Amess, who was 69, has raised questions about security measures surrounding British legislators.

He was stabbed twice by an Islamic extremist and al-Qaida group sympathizer also at a constituency meeting, authorities said at the time.