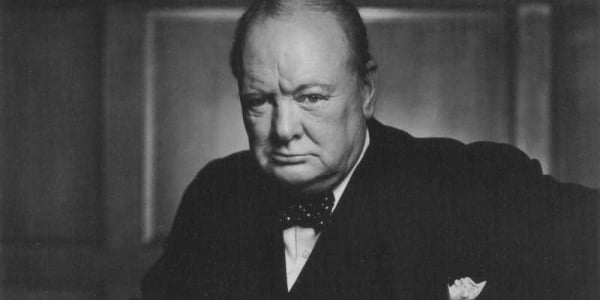 Winston Churchill is known as an iconic leader who helped save Western civilization, as well as a man of letters.

But now an academic panel in the United Kingdom is reassessing history, framing him as a white supremacist who led an empire “worse than the Nazis.”

The London Telegraph reports Cambridge’s Churchill College, named after the British leader, set up a “discussion” on the prime minister who led his nation to victory over Nazi Germany.

The panel itself already has a reputation. Last year, members concluded that “white lives don’t matter … as white lives.”

The Telegraph said the panel concluded the former prime minister was immersed in a “white supremacist philosophy” of which he was the “perfect embodiment.”

The panel, called “Racial Consequences of Mr Churchill,” was headed by Privamvada Gopala, a professor at Churchill College.

Churchill, the members concluded, is guilty of “complicity in the Bengal Famine which killed three million Indians.”

The panel found the idea that “a virtuous Britain defeated the genocidal state [of the Third Reich] was a problematic narrative.”

“The British Empire [is] far worse than the Nazis and lasted far longer. … That’s just a fact,” Andrews said.

The panel’s conclusions were not a surprise to many.

Historian Zareer Masani had warned the Cambridge college that its panel members lacked historical expertise and the only aim was to “vilify” Churchill, the Telegraph reported.

The claims were not “factually” correct, said author Andrew Roberts, the author of “Churchill: Walking with Destiny.”