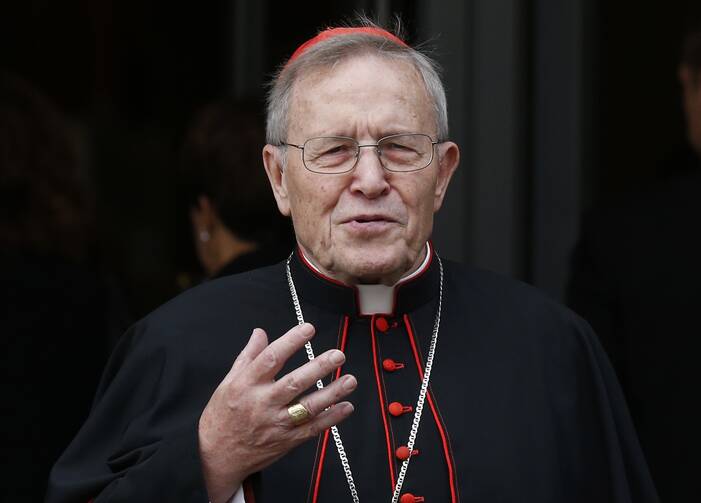 Reforms were necessary, but the church should not become “a mass that can be kneaded and shaped to suit the situation,” the former president of the Pontifical Council for Promoting Christian Unity said in a lecture published by the conservative initiative “Neuer Anfang” (“New Beginning”) on Tuesday evening.

Kasper criticized the proposal by synodal members to create a permanent Synodal Council to govern the Catholic Church in Germany. This was “not a renewal, but an outrageous innovation,” he said.

The church should not become “a mass that can be kneaded and shaped to suit the situation,” Kasper said.

It would mean that bishops could “de facto no longer exercise the task and authority vested in them if they voluntarily renounce it in an act of self-obligation and declared that they will follow the decisions of the synod or the future Synodal Council,” Kasper said.

“Ultimately, such a self-obligation would be tantamount to a collective resignation by the bishops.” The aim was to change the bishop’s ministry as the “fundamental pillar of the old church.” He added: “Whoever saws away at this pillar will break the neck of the church.”

A synod must hear what the Holy Spirit has to say to the church today about “corrections we need to make and the direction we should take,” Kasper said. “There can be no ideologically predetermined answers to these questions that are imposed by majority votes.”

The Synodal Path was launched by the German bishops and lay representatives in 2019 as a forum to discuss the future of the Catholic Church. It was triggered by the long-running church crisis that was exacerbated by the abuse scandal. The debate focuses mainly on the issues of power, the priesthood, sexual morality and the role of women in the church.