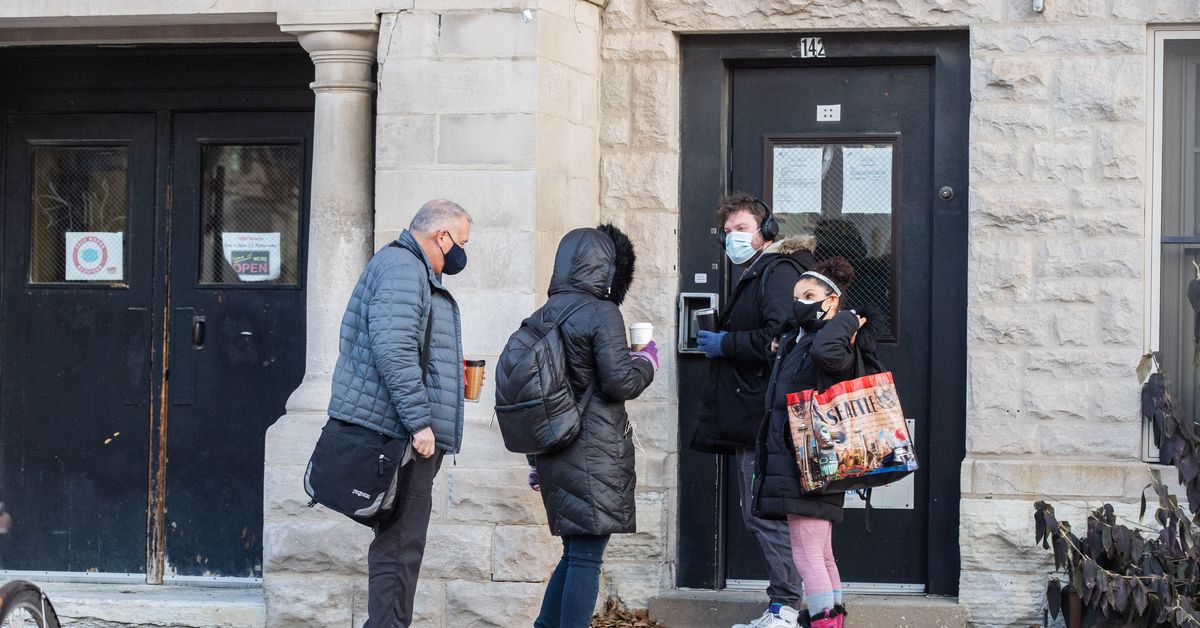 Chicago Teachers Union members have narrowly accepted a safety agreement with Chicago Public Schools, ending a bitter dispute with Mayor Lori Lightfoot over COVID-19 safety protocols amid the city’s Omicron surge and keeping students in classes for the foreseeable future.

The vote, which passed with 55.5% approval, an unusually close margin for the CTU, came as students returned Wednesday, in some cases to schools where dozens of teachers were out, leaving kids to report to auditoriums and sometimes taking classes online with their teachers working remotely. In all, just below 70% of union members voted, with 10,342 voting to accept the deal and 8,278 rejecting it.

At a House of Delegates meeting Wednesday evening, CTU leaders presented the deal to its 600 school representatives as “more than nothing, but less than what we wanted.” The virtual call featured teachers upset with union officials, at times yelling at them, for reaching an agreement — and selling it to their members — that they felt was insufficient to their safety demands. CTU President Jesse Sharkey redirected the blame at Lightfoot, who refused to budge on some of the union’s key requests, such as testing and mechanisms to pause in-person school during a surge.

“This vote is a clear show of dissatisfaction with the boss,” Sharkey said in a statement. “It’s outrageous that teachers, school nurses, counselors and more had to endure a week of being locked out by the mayor just to get a commitment from her bargaining team to provide every student with an N95 mask in a pandemic.

Sharkey urged members to stay united and not let their disagreements the past week fracture the union’s solidarity moving forward.

Lightfoot and CPS CEO Pedro Martinez said they were “pleased we have come to an agreement that guarantees predictability and stability for the rest of the school year.”

“We all agree we must prioritize the health and well-being of everyone in our school communities including our kids, families, and staff,” they said in a statement. “CPS principals will continue to work with their school-based safety teams to make data-informed decisions in the best interests of students and families.”

The union had pushed for a threshold of infections that would lead to system-wide school closures, as had in been in place last year, but the district would not agree to that. CPS also didn’t agree to an opt-out testing program, which would have signed up all students for COVID testing unless a parent objected. The district also didn’t agree to remote learning this week as teachers had hoped.

But officials did agree to increase testing at all schools to at least 10% of their student population. And the district committed to establishing phone banks where staff would help call parents and solicit verbal consent for testing.

When it came to individual school closures, CPS compromised with the CTU and agreed to shut down a building for at least five days if 30% or more of its teachers are absent for two consecutive days because of positive cases or quarantines, and if substitutes can’t get the absences under 25%. A school would also close if 40% of its students were quarantining.

Earlier Wednesday, students returned to schools with a mix of optimism and concern.

Washington, who admitted she hasn’t always been following mask rules at school, said the time off and the recent hospitalization of a school dean who was placed on a ventilator have caused her to change her ways.

Fellow freshman Janae McDonald said she’s happy to be back. “I like being in school. It’s fun. I don’t want to be home all day.”

Both said they supported the actions of their educators in the CTU.

Joshua Lopez, a senior, said he, too, supports his teachers.

“I am a bit worried because me and my family did get COVID before and someone in the family was in severe condition, so I am going to support the teachers,” Lopez said. “But I don’t mind coming back to school. I mean, I know it’s kind of dangerous, too, but at least I get to see my friends.”