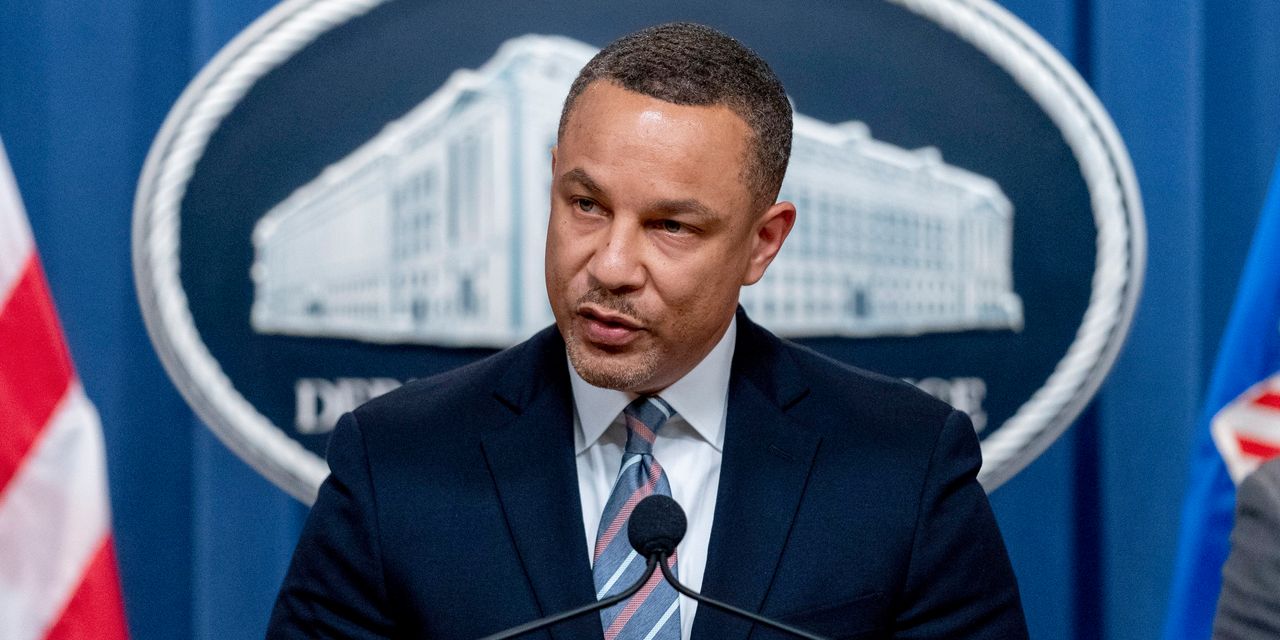 A Chinese spy hired a private investigator to use violence if necessary to end a candidate’s run for Congress, instructing him to “beat him until he cannot run for election,” prosecutors alleged as they unsealed a series of complaints accusing Chinese agents of harassing dissidents living in the U.S.

Agents also plotted to appear at another dissident’s house pretending to come from an international sports committee in a bid to get his passport and that of a family member, prosecutors said. The dissident isn’t named but was confirmed by a person familiar with the investigation as Arthur Liu, the father of American figure-skating Olympian Alysa Liu, who has said he fled China after organizing student protests in 1989.

Altogether, prosecutors presented three cases in Brooklyn charging five people, three of whom are in custody and two of whom are at large.

While U.S. authorities have long accused the Chinese government of using illegal tactics to threaten political rivals and dissidents world-wide, law-enforcement officials said Wednesday the efforts had grown more brazen in recent years, reaching even into the U.S. political process.

“Authoritarian states around the world feel emboldened to reach beyond their borders to intimidate or exact reprisals against individuals who dare to speak out against oppression and corruption,” Matt Olsen, the assistant attorney general for national security, said at a press briefing on the cases.

The Chinese Embassy in Washington didn’t respond to requests for comment.

Qiming Lin, the alleged Ministry of State Security agent who targeted the candidate, told the investigator: “Whatever price is fine. As long as you can do it.” According to a transcript of their conversation prosecutors included in charging documents, Mr. Lin, who is in China, said: “We don’t want him to be elected,” adding, “we will have a lot more—more of this [work] in the future…Including right now [a] New York State legislator.”

The candidate, who is running for a New York seat in the U.S. House of Representatives, isn’t named in the complaint but matches the description of Yan Xiong, a student leader in the Tiananmen Square pro-democracy protests of 1989 who later fled China, served in the U.S. military and became a citizen.

Mr. Lin suggested a variety of ways the investigator could end the would-be congressman’s candidacy, including by manufacturing derogatory information about him or arranging for him to be in a car accident, prosecutors said. “Car accident, [he] will be completely wrecked [chuckles], right?” Mr. Lin said, according to prosecutors. In another conversation, the agent allegedly said: “You go find a girl for him, see if he would take the bait.”

The private investigator, who wasn’t identified, reported the efforts to the Federal Bureau of Investigation, according to the charging document.

Mr. Yan, a former law student in Beijing, was a student leader during the Tiananmen Square protests of 1989. Representatives for Mr. Yan didn’t immediately respond to requests for comment.

Representatives for Alysa and Arthur Liu also didn’t immediately respond to a request for comment. The complaint alleges that the surveillance and harassment campaign against Mr. Liu included looking to pay a reporter to let an agent tag along on an interview and ask his own questions, put a GPS tracker on his car, and get his Social Security number.

The complaint said investigators had also secured an international sports committee ID card bearing the name of an actual representative and an image of one of the agents. The plan to get Mr. Liu’s passport and that of a family member, the complaint said, was discussed in November 2021 and involved going to the Lius’ house with the identification card under the guise of checking if they were prepared to travel.

The 16-year-old Alysa Liu competed at the 2022 Winter Olympics in Beijing, finishing seventh in the women’s competition.

The three men accused of targeting Mr. Liu are two New Yorkers, Fan Liu and Matthew Ziburis, as well as a Chinese national they allegedly worked for, Qiang “Jason” Sun. The three allegedly engaged in other operations against several dissidents, including trying to bribe an Internal Revenue Service employee for access to one of their tax returns. They are also accused of stalking and surveilling an artist who made a sculpture depicting Chinese President Xi Jinping as a coronavirus molecule.

In a third case, a former Chinese dissident living in Queens, Shujun Wang, was accused of using his status within the Chinese community to report to the Ministry of State Security on people the Chinese government considers threatening, including Hong Kong pro-democracy activists, advocates for Taiwanese independence, and Uyghur and Tibetan activists—both in the U.S. and abroad. At least one high-profile Hong Kong democracy activist on whom the defendant reported was subsequently arrested by Chinese officials, prosecutors said.

“The Chinese Communist Party is not the only entity engaged in these practices, but their level of aggressiveness is unique,” said FBI assistant director for counterintelligence Alan Kohler Jr., who added that the actions often targeted Chinese Americans.

Fan Liu appeared in court in Brooklyn Wednesday afternoon and denied the allegations through a Chinese interpreter. A judge set his release at $1 million bond. Mr. Liu’s lawyer didn’t immediately respond to a request for comment.

Friction between Beijing and Washington is running high, including over China’s reluctance to distance itself from Russia and its invasion of Ukraine. U.S. authorities have stepped up efforts in recent years to prosecute a range of allegedly illegal activities by the Chinese government in the U.S. In 2020, the FBI arrested five people on charges of helping Beijing harass and threaten fugitives in the U.S. In a separate case that year, a New York City police officer was arrested for allegedly helping the Chinese consulate spy on the local Tibetan community.

The Justice Department last month ended a Trump-era initiative to counter national-security threats from China after it led to a series of failed prosecutions of academics that sowed broad distrust in the higher-education community. At the time, Justice Department officials had said they planned to continue pursuing other cases involving allegations of wrongdoing on the part of the Chinese government, including those that targeted Chinese dissidents living in the U.S.

—Louise Radnofsky contributed to this article.

Write to Aruna Viswanatha at Aruna.Viswanatha@wsj.com, Kate O’Keeffe at kathryn.okeeffe@wsj.com and James Fanelli at james.fanelli@wsj.com