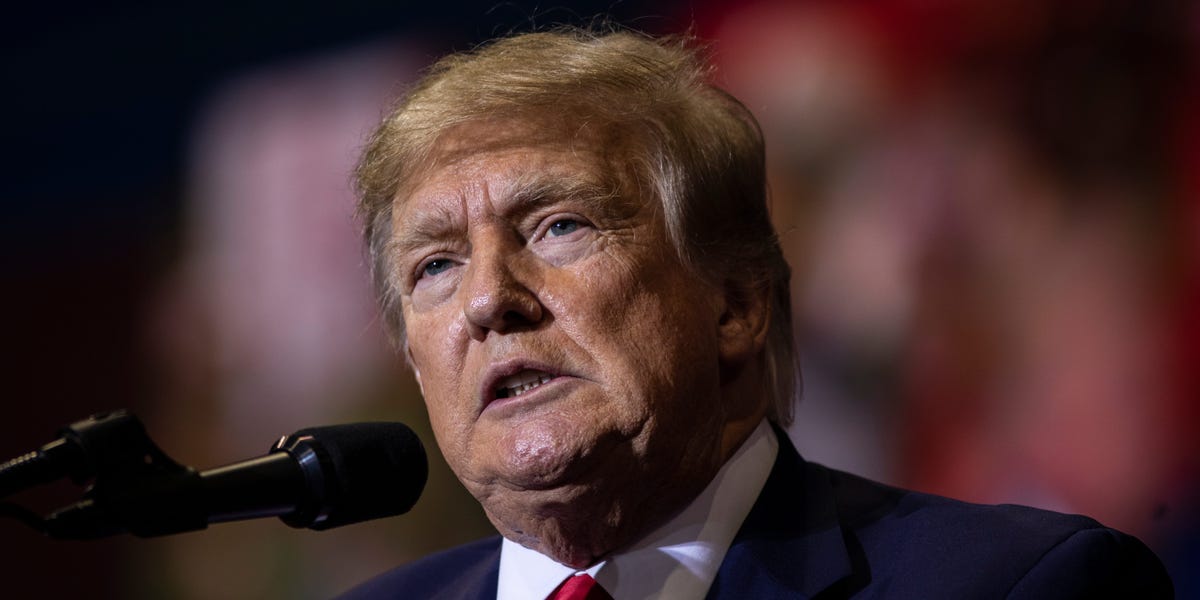 The Justice Department wants Trump White House officials to testify about the former president’s conversations on and around January 6, 2021 — and they’re willing to go to court to make it happen, according to CNN.

The outlet on Thursday reported that people briefed on the matter say federal prosecutors are preparing for a legal battle over forcing former Trump administration officials to testify in its sprawling January 6 probe. The agency’s apparent preparation is the latest sign that the DOJ’s investigation is zeroing in on Trump’s conduct related to efforts to overturn the 2020 election.

The Justice Department is anticipating that Trump will claim executive privilege in order to conceal evidence from the federal grand jury, CNN reported, and prosecutors are getting ready to duke it out in court.

A Trump spokesperson did not immediately respond to Insider’s request for comment.

Two people familiar with the matter told The Washington Post that investigators before a grand jury asked recent witnesses about conversations with Trump, his lawyers, and his allies. Prosecutors have inquired about meetings the former president held in December 2020 and January 2021; his attempts to convince Vice President Mike Pence to not certify the election results; and the level to which Trump is implicated in his attorneys’ fake-elector scheme.

The Justice Department’s investigation — which is separate from the House Select Committee’s probe into January 6 — has been closing in on Trump for months, according to The Post, which reported federal investigators in April obtained phone records belonging to top Trump administration officials and aides, including former Chief of Staff Mark Meadows.

A court battle over executive privilege, however, would quickly and publicly escalate the investigation.

The Justice Department has faced growing criticism for its slow-moving investigation, especially as the congressional committee’s televised hearings have stoked renewed public interest in the insurrection in recent weeks. But the agency’s alleged preparation indicates the caution prosecutors are taking in navigating the difficult situation of investigating a former president for his behavior while in office, CNN noted.

No former president has ever been criminally charged in US history. But Attorney General Merrick Garland this week suggested he hasn’t ruled out indicting Trump for his role in the attack.