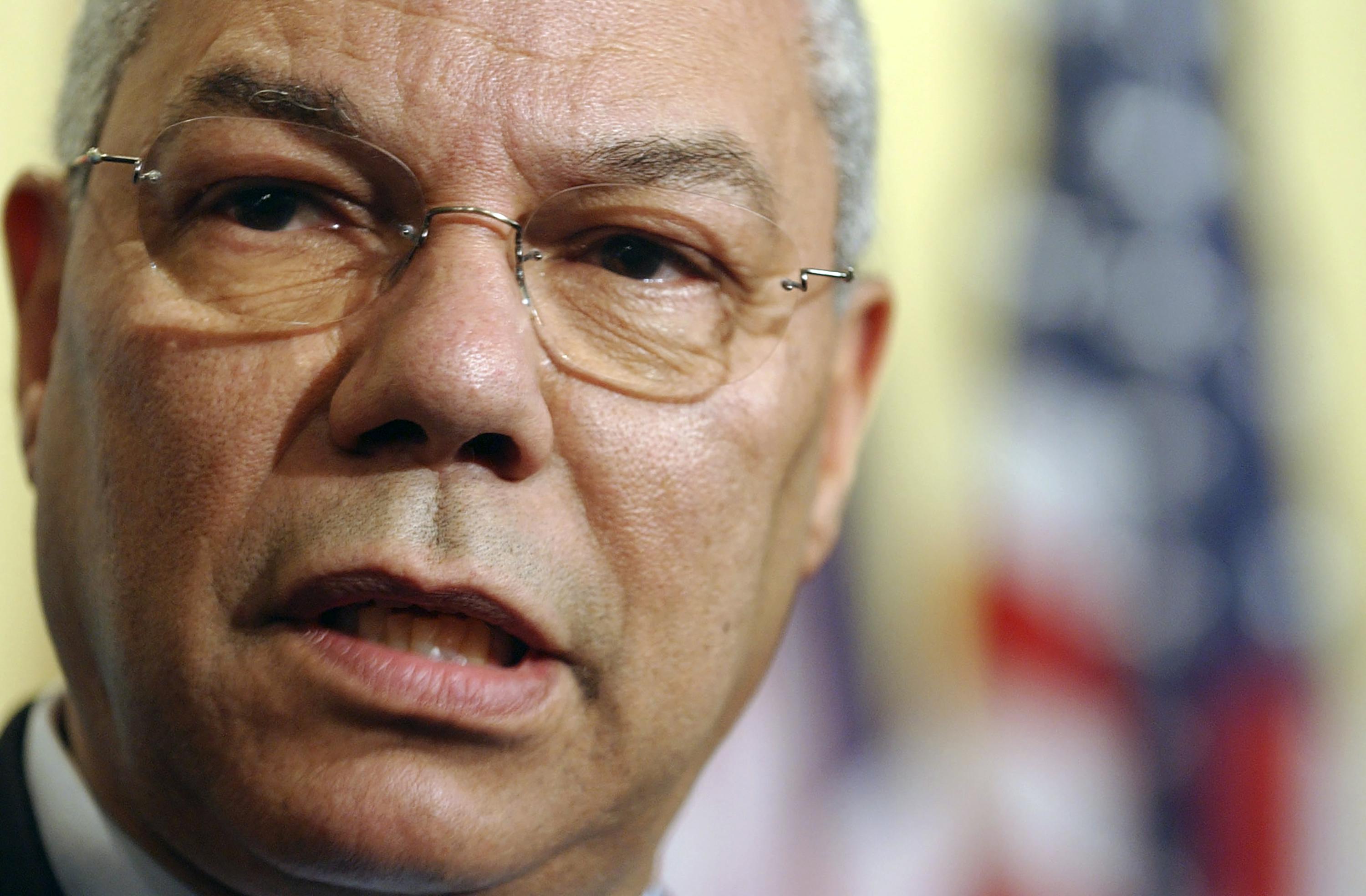 DETROIT (AP) — As an American leader, Colin Powell’s credentials were impeccable: He was chairman of the Joint Chiefs and secretary of state. But his legacy as the first Black person in those roles is murkier, with some African Americans saying that his voice on their behalf could have been louder.

Powell, who died Monday of COVID-19 complications, spent 35 years in the Army and rose to political prominence under Republican presidents Ronald Reagan and George W. Bush. His stature fueled persistent speculation that he would one day run for president as a member of the GOP.

Through it all, Powell never seemed entirely comfortable talking about race, said Kevin Powell, a New York-based writer and rights activist who is not related to Colin Powell.

“I think that’s why a lot of Black folks never saw him as a leader. There was never a sense that Colin Powell was one of us,” said Kevin Powell, who met him in the 1990s, when he was often discussed as a potential presidential candidate.

Colin Powell later became disenchanted with the GOP and endorsed Democrats for president, starting with Barack Obama. Powell also called then-President Donald Trump a national disgrace and said he no longer considered himself a Republican following the Jan. 6 storming of the Capitol.

“By the time the Bush years were over, in 2009, he was largely invisible in a lot of things that happened — Trayvon Martin, Ferguson, George Floyd,” said Kevin Powell, who also is Black. “It was clear that the party he was part of was moving right. I don’t recall him ever saying this party has become nothing more than race mongers.”

But Powell’s dignity and composure should not be interpreted as any indication that he failed to understand the struggle of his people, according to Sam Riddle, an Army veteran and Detroit-based political activist.

“He personified a quiet inner strength that we knew he held on the battlefield for America and for Black Americans,” said Riddle, who also hosts a Detroit talk radio show. “The bullhorns we can use can be simply quiet competency, integrity and perseverance.”

Powell expressed concern over the U.S. rate of incarceration, which has consistently been the highest in the world. He favored policies designed to keep young adults, especially Black Americans, out of the criminal justice system.

Years before the 2020 murder of George Floyd renewed calls from the Black Lives Matter movement to “defund the police,” Powell said he was not in favor of reducing law enforcement budgets to address police brutality. He suspected that many Black Americans agreed.

A June 2020 poll conducted by The Associated Press-NORC Center for Public Affairs Research around the height of that summer’s police protests showed that 43% of Black Americans strongly supported or somewhat supported reducing police funding, while 30% opposed the idea.

“You can’t say, ‘We should disinvest the criminal justice, police and courts,’” Powell said in 2017. “They’re there not just to protect white folks. They’re there to protect Black folks as well.”

He continued: “If you tell a Black community leader that the police are not going to be around, they may say, ‘Whoa! Wait a minute!’ What they want is fair and balanced justice treatment for all Americans.”

A child of Jamaican immigrants who grew up in the Bronx borough of New York City, Powell said he was raised in a community where his neighbors were as invested in his safety and success as his own mother and father.

“I had adults who cared about me,” Powell said in a 2017 interview with Mic. “My two parents, all my Jamaican relatives in the South Bronx, they watched out for us kids. And if you ever did anything wrong, I mean, you were going to get it.”

Powell graduated in 1958 from City College of New York, which later created the Colin Powell Center to develop student leadership and campus community engagement. The program was eventually renamed the Colin Powell School for Civic and Global Leadership.

In the wake of Floyd’s slaying and the Black Lives Matter protests, the school launched a racial justice fellows program as a joint initiative between the Colin Powell School and CCNY’s Black studies program.

Powell once said he wanted the next generation to have opportunities like he did, according to Andrew Rich, dean of the Colin Powell School.

Being a Black American “defined his experience,” Rich said. “He was a trailblazer in every sense. I think he was very aware of the barriers he broke. One of the things he was so proud of was that he knocked open doors and did not close them behind him.”

Former President Barack Obama said Monday that Powell helped “a generation of young people set their sights higher” and “never denied the role that race played in his own life and in our society more broadly.”

“But he also refused to accept that race would limit his dreams, and through his steady and principled leadership, helped pave the way for so many who would follow,” Obama said.

“Maybe they just disproportionately expect a Colin Powell to do more or be more than he needs to be. It might be one of those deals where he may not have spoken for every Black person, but at the same time it’s OK that he does not,” Gooding said.

“When it comes to African Americans, often times, when you’ve been touched by the struggle so to speak, when you have a position of power and privilege, do you leverage it?” Gooding said. “He may not have been that front-line cheerleader, but that doesn’t mean he wasn’t affected by the struggle.”