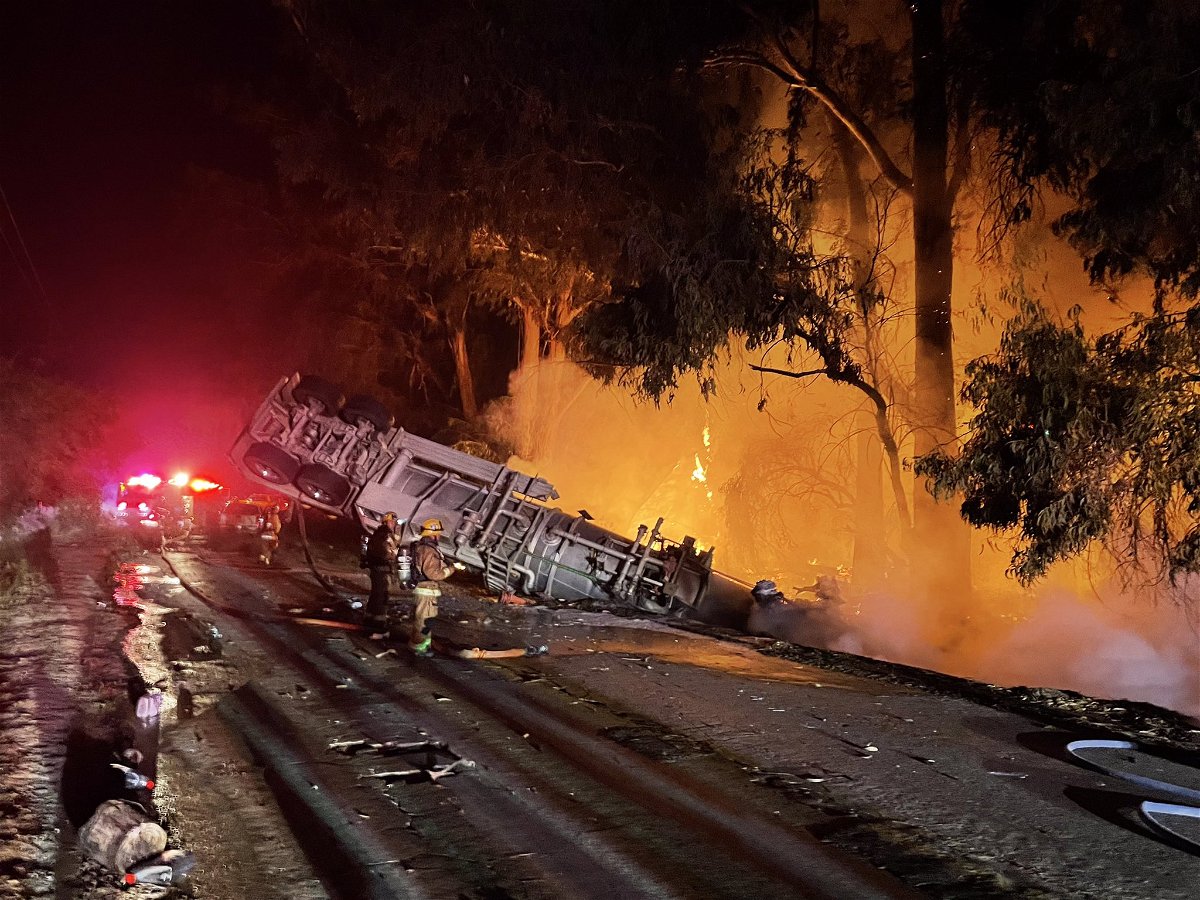 GUADALUPE, Calif. — Guadalupe’s Police Chief helped save the life of semi-truck driver on Monday as the driver fled the Alisal Fire.

Michael Cash is the Chief of Police for the Guadalupe area and was off duty when he was driving on Highway 101 to Santa Barbara.

Cash was on the road when the Alisal Fire began making its way towards the highway.

“I was driving from Guadalupe to Santa Barbara to attend a meeting Tuesday morning,” said Cash.

Cash said he was gridlocked on the highway when it was closed from the fire.

“In front of us, it was getting smoky here and smoke here and then fire started coming our direction on both sides of the freeway,” Cash said. “It was like a tunnel of fire.”

The smoke caused a semi-truck to crash on the southbound lane. The truck was ignited by embers and was became fully engulfed.

When fire trucks started making their way through, Cash followed behind.

Cash said he tried to help move cars with his emergency lights.

When Cash got out of the standstill traffic, he saw the truck on the side of the road.

Cash found the driver bleeding and used his quick thinking and provided pressure to the driver’s wounds.

He then drove the bleeding truck driver to a Goleta hospital with the help of dispatchers.

“It was a mix of the right time, the right people and the work of all the first responders,” said Cash on his heroic efforts. “All I could think of was service- you know you kind of forget everything else and you get into the moment.”

Cash says it was a humbling moment.

When officers with the Guadalupe fire and police departments heard what Cash did to help the driver, they said they were not surprised.

“That’s just who he is whether you’re in the uniform or not that’s the leadership we have here. He knows all his employees by first name and last name. He’s a true leader,” said Carlos Limon, a Guadalupe Police Sergeant.

Santa Barbara CHP followed up with the injured truck driver and found that he crashed due to the heavy smoke from the fire on the roads. They say the man is doing better after suffering lacerations to his head and arm and is under the care of hospital staff.

Cash hopes to set an example as someone whose focus is to be there for others in need.

“I think when you help others, someone will help you. I pray that if I was in a situation like that, someone would step up and help me,” said Cash.