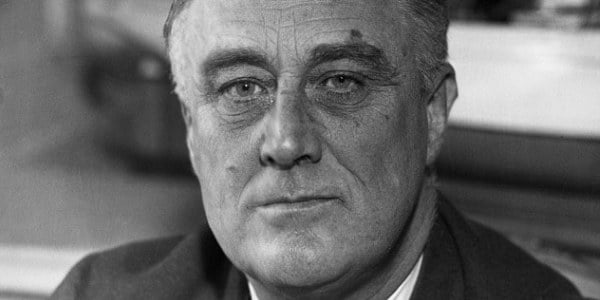 In 1935 in the midst of the Great Depression, President Franklin Delano Roosevelt called for an end to temporary federal relief programs, saying “continued dependence upon relief induces a spiritual disintegration fundamentally destructive to the national fiber.” Instead of continued work-free relief, FDR insisted “work must be found for able-bodied but destitute workers” and designed social insurance programs like unemployment and Social Security that offered new benefits earned through work and paying taxes. But now FDR’s vision promoting the dignity of work is under assault by Democrats providing relief to able-bodied adults — even those who are simply “unwilling to work,” as Rep. Alexandria Ocasio-Cortez (D-NY) put it in promoting her Green New Deal.

That relief will start to flow this summer under a new program included in Democrats’ $1.9 trillion stimulus law, which President Biden signed last week. To its supporters, “relief” is the very heart of this law, in sharp contrast with the significant job creation promises Democrats made in their last stimulus law in 2009. As Senate Majority Leader Chuck Schumer (D-NY) summarized, “We need strong relief to get the economy going….That’s what this bill is designed to do.” During the final House debate on the legislation, Democrats extolled their “relief” dozens of times, while suggesting the legislation would “create jobs” just once.

But the push for relief is about far more than rhetoric or even overcoming the pandemic. Despite unemployment at 6.2 percent and falling (a third of the level when FDR said relief should end), the new relief program would pay federal checks to all but the very richest parents in America, including those FDR dubbed “able-bodied but destitute.” All parents would receive the same monthly payments (up to $300 depending on the child’s age), whether a parent works or not. These “child allowances” replace a program that today provides tax relief and associated assistance only to parents who work, amplifying the new program’s embrace of relief over work. Left unsaid is how high the 10-year $1.3 trillion price tag of extending this policy will push other working parents’ taxes to pay for new checks for nonworkers.

Current liberals who see earnings from work as unequally distributed — and thus work itself as unfair — view relief checks as “justice.” Representative Ro Khanna (D-CA) described the legislation as an “ideological revolution on behalf of justice.” Indeed, as one liberal scholar recently told the New York Times, “there’s no natural dignity in work” at all: “People on the right always say, what about the dignity of work…and my answer is: What about the dignity of dignity?” That such “dignity” is obtained through work and taxes paid by others — the very opposite of FDR’s social insurance model — is apparently irrelevant. And if some are simply “unwilling to work,” as Rep. Ocasio-Cortez has said, aren’t they owed taxpayer-provided “economic security” just like everyone else?

Policymakers who reject work in favor of relief also are turning back the clock to when Bill Clinton campaigned in 1992 on a pledge to “end welfare as we know it” because welfare had become work-free relief. Welfare checks then flowed mostly to households in which no one worked and many remained on benefits and in poverty for years. Average lifetime stays on welfare were 13 years and benefit collection was often passed from one generation to the next.

Then-Senator Joe Biden voted for the eventual 1996 law ending the former welfare program and replacing it with an expectation that recipients work or train for benefits, saying “The culture of welfare must be replaced with the culture of work.” Those pro-work reforms succeeded, with work and earnings rising rapidly among parents previously most likely to depend on welfare. Child poverty fell sharply after 1996, and overall poverty and child poverty continued to fall in the years before the pandemic.

That successful pro-work system is now being rejected by Democrats in favor of permanent relief regardless of work. FDR contended in the depths of the Great Depression that “The Federal Government must and shall quit this business of relief.” But as today’s economy emerges from recession, Democrats aren’t quitting relief — they are embracing it.

Matt Weidinger is the Rowe Fellow in poverty studies at the American Enterprise Institute.