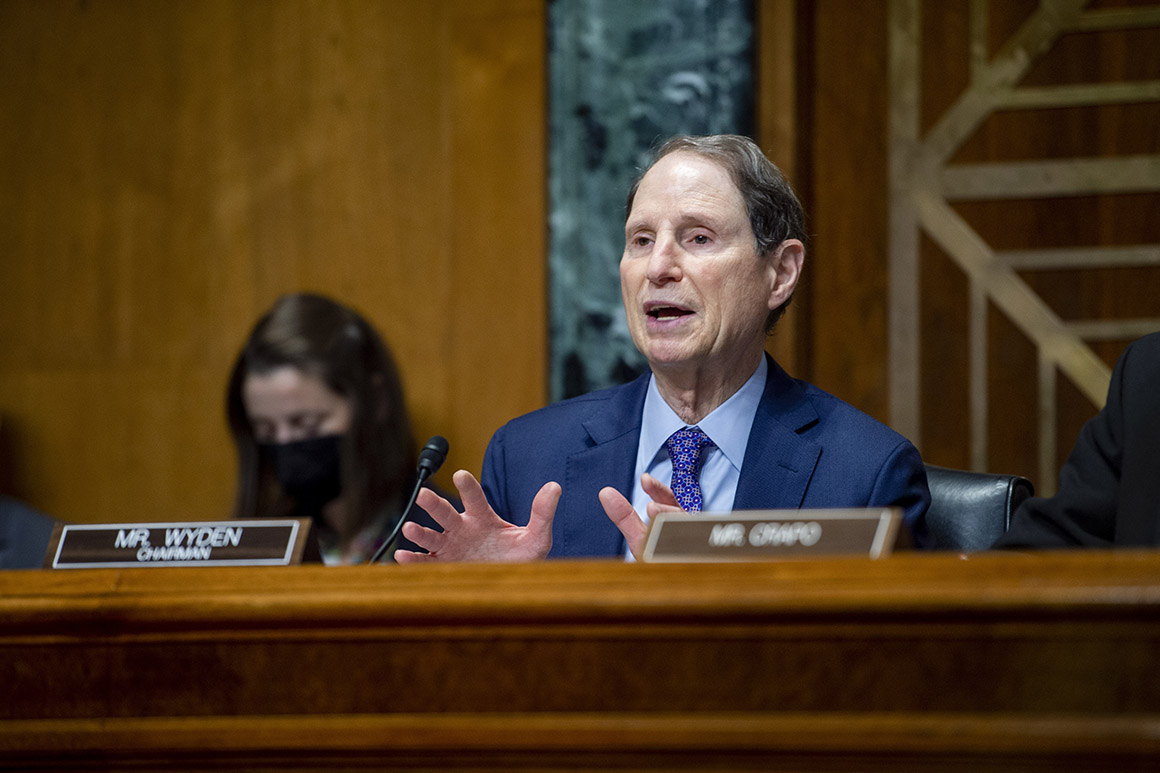 But even some Democrats believed that proposal wasn’t focused enough on the rich and would affect too many workers of more modest means. And Republicans have used it to bash Biden’s plan as an invasion of privacy.

Still, Sen. Mike Crapo of Idaho, the top Republican on the Senate Finance Committee, said there was potentially some higher threshold for bank reporting that the GOP could live with — though he was loath to put a number on it.

“It would have to be one that was so high that small businesses weren’t pulled into the net. And I don’t know how to say what that is, but it’s gonna be millions,” Crapo told reporters, before adding: “I’m not going to tell you what the threshold is where I would be comfortable with it, but there’s a lot of people being brought into this unnecessarily.”

Banks still opposed: The banking industry, which is fighting the reporting requirement, wasn’t moved by the Democrats’ revised proposal.

“Even with the modifications announced today, this proposal still goes too far by forcing financial institutions to share with the IRS private financial data from millions of customers not suspected of cheating on their taxes,” said Rob Nichols, president and CEO of the American Bankers Association, in a statement.

Treasury Secretary Janet Yellen said in a statement that the proposal “reflects the Administration’s strong belief that we should zero in on those at the top of the income scale who don’t pay the taxes they owe, while protecting American workers by setting the bank account threshold at $10,000 and providing an exemption for wage earners like teachers and firefighters.”

Senate Finance Chair Ron Wyden (D-Ore.), who is holding a news conference on the proposal this afternoon, will note that the proposal will also include an exemption for large purchases — like a down payment for a house.

Will it make the cut: House Ways and Means Chair Richard Neal (D-Mass.) announced the general contours of the new plan during his committee’s markup of tax increases last month, in a sign that some Democratic lawmakers were uncomfortable with the proposal’s original details.

The banking lobby has been mobilizing against the proposed IRS reporting requirements for months now, and has stressed that financial companies oppose the idea no matter how many accounts might be exempted.

Republicans are increasingly going on the attack now, too — calling the Democrats’ plan an unneeded intrusion into everyday people’s financial situations.

Tax dodging argument: Treasury officials and other key Democrats have argued that the plan confronts a key inequity in the tax system — that it’s far easier for higher-earning people to dodge taxes, particularly by low-balling or not reporting private business income, than it is for workers who have their wages reported on a W-2 form.

And top Democrats have made it clear that they want the reporting mandate to be included in the social spending package that they’re trying to pass, despite the industry opposition and questions among their own lawmakers.

“The IRS would not know what any taxpayer is purchasing,” Wyden plans to say today, in pushing back on both the GOP critics and the banks. “The idea that adding two boxes to a form they already send to the IRS would end western civilization just doesn’t hold up.”

GOP lawmakers were never likely to embrace this kind of proposal. They have pointed to the recent string of stories from the news outlet ProPublica that outline how the super-rich lower their tax bills — and are based on confidential information that originated within the IRS — to argue the tax collector can’t be trusted to protect taxpayer privacy.

Conservatives believe Democrats could be forced to cut the proposed reporting requirement — much like they had to scrap a proposal to tax unrealized capital gains at death when it grew too controversial, and particularly if the Democrats keep having to shrink the potential size of their tax-and-spend package.

Zach Warmbrodt contributed to this report.