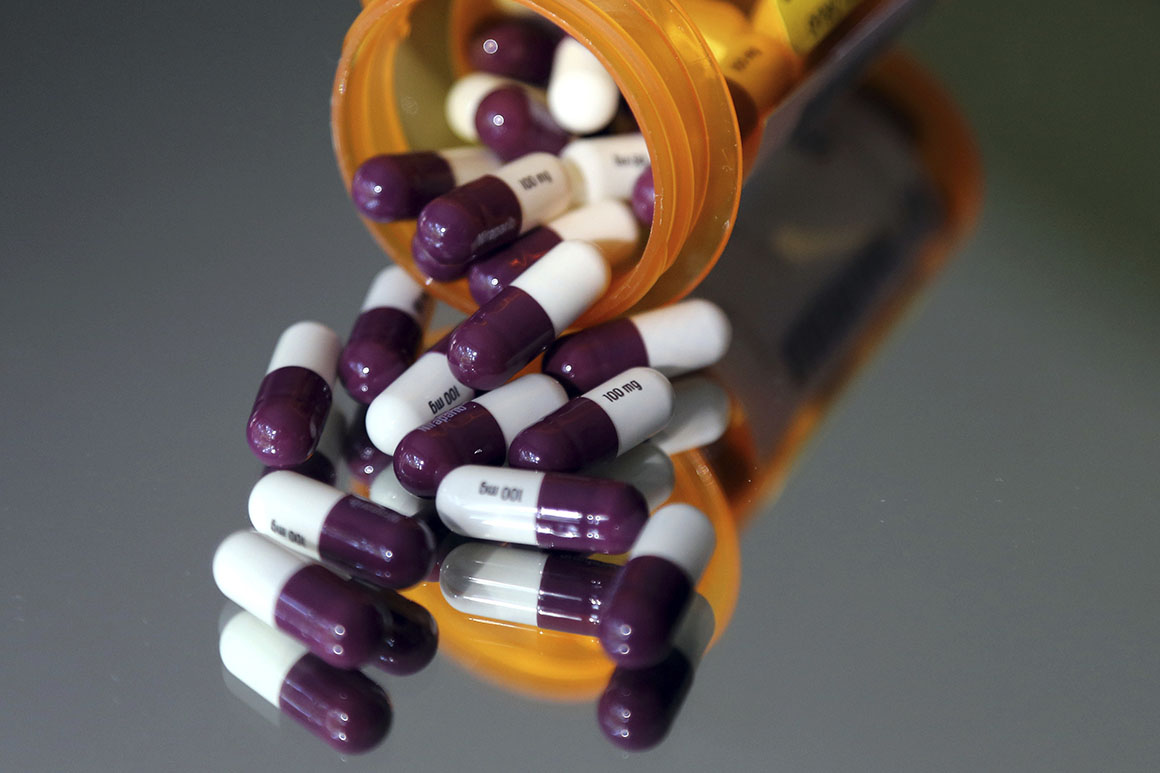 The pressure to reach an agreement that can pass the House and Senate has intensified with the failure to reach agreements on other revenue-raising provisions that can pay for new programs in the bill, including expansions of Medicare, Medicaid, Obamacare subsidies and home health care. Efforts to raise taxes on the wealthy and corporations, for example, have run into opposition from Sen. Kyrsten Sinema (D-Ariz.).

President Joe Biden has been pushing Democrats to settle outstanding issues in the spending bill and pass a bipartisan infrastructure plan before he leaves for overseas climate talks next week. Speaker Nancy Pelosi and her leadership team maintain that they will clinch a deal and may even hold a vote on the spending package next week, although many Democrats are skeptical of that timeline.

“There are many decisions that have to be made. But I would say that more than 90 percent of everything is agreed to,” Pelosi said Friday when asked about the drug pricing talks. “We are an exuberant party with many points of view and we build our consensus and will get this done.”

Still, a significant compromise on drug pricing will represent a major blow to progressives on an issue that polls well among voters across the political spectrum. And it’s the latest example of how key Senate centrists like Sinema have whittled down Democrats’ original $3.5 trillion social safety net plan into a package that could wind up under $2 trillion.

Negotiations among the House, Senate and White House on drug pricing in particular have intensified in recent days, in a bid to win over key holdouts and allies of the drug industry, including Sens. Bob Menendez (D-N.J.) and Tom Carper (D-Del.), along with Reps. Kurt Schrader (D-Ore.), Scott Peters (D-Calif.) and Kathleen Rice (D-N.Y.)

Though the situation remains fluid, Democrats say it’s likely the final bill will involve very limited government negotiation of drug prices, and there remains the possibility it could drop out entirely.

Senior Democrats familiar with the talks also said a key pillar of the plan — an excise tax on pharmaceutical companies that don’t submit to negotiations — is off the table for now, in what could be a significant victory for the industry.

“The drug price stuff seems to be moving in a good direction for a change,” said Schrader, one of three House Democrats who voted against an aggressive drug pricing plan when it moved through committee. “It’s a much improved process.”

Schrader predicted the end result will be a bill with “just a little bit of negotiation.”

The provision’s defenders insist some form of government negotiations will remain in the bill, saying Democrats have to make good on years of promises to address surging pharmaceutical costs.

“Let’s have no confusion about it: We will not give up on negotiating. I’m going to insist on it,” Ron Wyden (D-Ore.), the Senate Finance Committee chair leading negotiations on the provision, told reporters. “We have been saying to the American people for decades now that we’re going to change the law.”

“I know there are a lot of rumors to the contrary, but negotiation is still in,” the aide said. “It’s a staggeringly popular part of the Build Back Better agenda.”

But “negotiation” can mean many things. Advocates for tough price controls say they fear it will land closer to the plan pitched by Schrader and Peters that only covers the cost of drugs whose patents have expired and that lack competition, and only within Medicare Part B instead of Part D — which purchases far more drugs and has more power to lower prices across the board. Peters told POLITICO his version would generate around $200 billion in savings compared to the $700 billion the more aggressive House Democratic plan would raise, based on an unofficial estimate.

More industry-friendly changes to the bill are underway in the Senate, where lawmakers are discussing exempting drugs produced by small biotech companies, phasing in what negotiations remain over a longer period, and only applying the lower negotiated prices within Medicare and not to private insurance, as progressives and advocates wanted.

AARP and Patients for Affordable Drugs urged congressional Democratic leaders on Thursday to hold the line and keep the plan as close to the House’s original version as possible.

“This is not a moment to equivocate, delay, or dilute the foundational elements of effective reform,” the groups wrote.

Yet Rep. Ami Bera (D-Calif.), a prominent member of the moderate New Democrats caucus, said even a significantly watered-down version of the party’s original plan would be “pretty transformational” for the pharmaceutical industry, which has largely avoided major regulation for decades.

“It’s a little bit narrower but it still does allow us to do some negotiation and does address prescription drug prices,” he said. “It’s still pretty significant.”

Sarah Ferris contributed to this report.