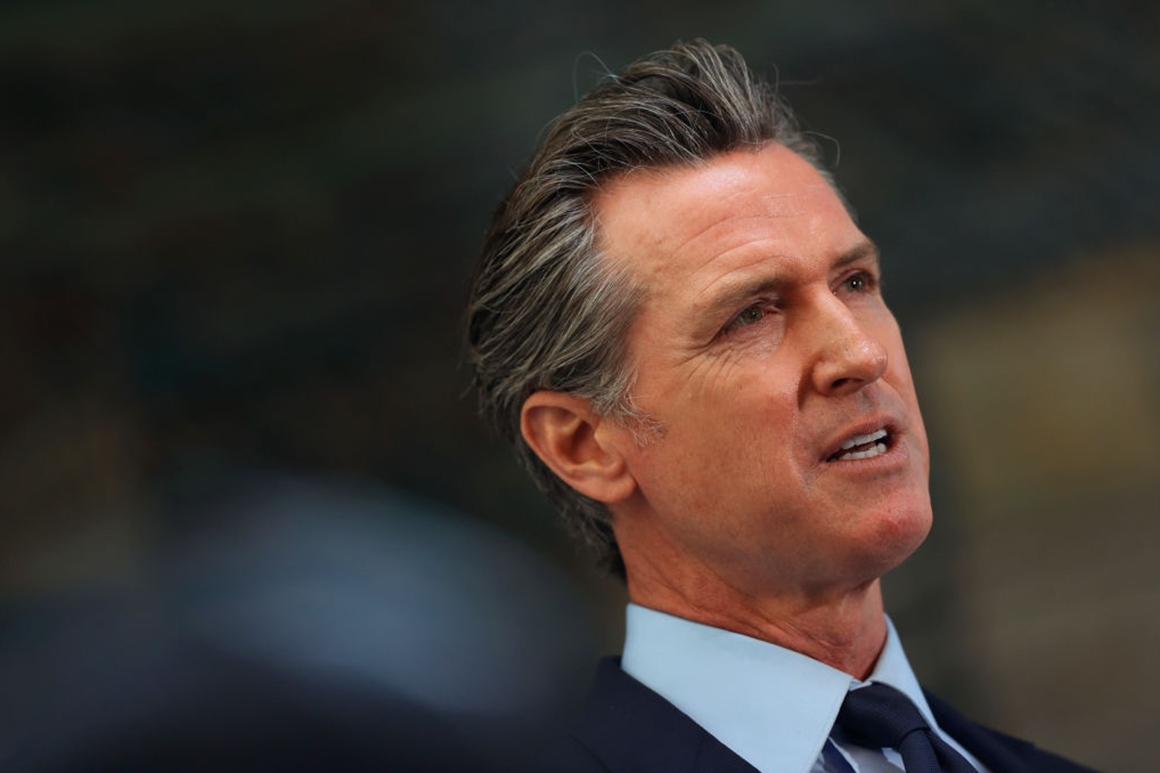 Last year, Biden ultimately won the Latino vote and the presidency by a healthy margin. But Republicans successfully made inroads with Latino voters across the country and down the ballot. Now, the GOP is targeting districts across the country — including a number of predominantly Latino ones — to further peel off Latino support from Democrats and flip the House.

In an ominous sign, Democratic gubernatorial candidate and former Gov. Terry McAuliffe is running far behind Biden’s numbers with Hispanic voters this year in Virginia — where about 10 percent of the population is Latino — according to a Crooked Media-Change Research poll.

“If [the GOP’s 2020 inroads with Latinos in south Texas were] not a wake-up call for Democrats, I don’t know what is,” said Fabian Núñez, a former speaker of the California state assembly. “It’s one thing to lose Florida, it’s another thing to lose Latinos in the Southwest. And the lesson here for the Democratic Party is making the long term investment.”

Nuñez and other Latino leaders and organizations in California say Newsom has done a good job in delivering policy victories for Latinos, and they are downplaying the polls. Some say, if the polls are right, the problem is more that Newsom — and Democrats at large — haven’t done a strong job in selling their victories or staying engaged with Latinos in between elections.

“In the midst of this recall election, all we hear is how the governor is a tyrant — putting mask mandates and [other pandemic-era restrictions]. But then on the Newsom side, it’s ‘this is a power grab.’ It seems Latinos are caught in this intergalactic power struggle where we don’t find our place in that,” Arana said.

“There is no recognition of us, our problems,” Arana added. “And we don’t feel like we’re part of the solution.”

For working-class Latinos in California, Newsom has, at times, appeared woefully out of touch. While encouraging Californians last year to avoid gathering for the holidays, he was photographed at a dinner party for a political adviser at the posh restaurant The French Laundry. Amid the recall campaign, he sold his $5.9 million Bay Area house. Earlier this month, Gustavo Arellano wrote in a withering column in the Los Angeles Times that “Newsom is about as loved by many Latinos as a stale Mexican Coke.”

“The French Laundry stuff is really harmful in the Latino community,” said Amanda Renteria, who was national political director of Hillary Clinton’s 2016 presidential campaign and who ran unsuccessfully for a congressional seat in California’s Central Valley in 2014.

Newsom, Renteria said, was “ahead of the curve” on disaster relief for undocumented immigrants affected by the coronavirus. He ensured high-risk Latino areas in the state were prioritized for vaccines, and he rolled out health insurance for undocumented immigrants over the age of 50. He also appointed California’s first Latino U.S. senator, Alex Padilla, to fill the vacancy left by Kamala Harris when she became vice president.

“From a policy standpoint, if you’re judging, he’s been doing really great programs,” Renteria said. “But it doesn’t feel like he himself is connecting.”

Republicans are trying in the recall to make connections of their own with Latinos — something the GOP has long tried to do in California, with little to show for it — by depicting Democrats as out of touch with working-class Latinos hit hard by the coronavirus pandemic.

“Latinos are the shifting demographic in this country,” DeMaio said. “In 2016, it was working class whites. In 2020, we started to see a pronounced shift in working class Latinos, and that’s what’s happening right now.”

Newsom’s campaign said it’s not seeing a deficit in Latino motivation to vote for Newsom in its tracking, but a lack of information about the election itself — an off-year contest held in September during a pandemic.

On Monday, the Newsom campaign began airing anti-recall ads statewide featuring Sen. Bernie Sanders, who is so popular with Latinos he was referred to by some supporters during the 2020 presidential primary as “Tio Bernie.” And the campaign said it’s making an eight-figure investment in Latino targeting as part of a massive turnout operation, including text, digital and mail campaigns to increase awareness about the recall election in Latino households.

In East Los Angeles recently, volunteers phone-banked in Spanish and Newsom, surrounded by campaign signs reading “Defendiendo mi California” (defending my California), said, “You just have to ask yourself, who would Larry Elder have appointed to replace Kamala Harris? It certainly wouldn’t have been the first Latino senator in California history.”

“We have your back. My children have your back, the community has your back,’’ Franky Carrillo, a Los Angeles County commissioner who was manning a phone table with his three kids, told Newsom.

It’s possible that the polling suggesting Newsom’s difficulties with Latinos is overstating the case. Modeling turnout is difficult in any year — even more so in an off-year recall election. The same CBS News-YouGov poll that had Latinos split on the recall question also had Newsom’s approval rating among Latinos at a healthy 55 percent.

Mike Madrid, a Republican consultant who has focused on Latino politics in California, said “none of the data has me convinced” that Newsom has a serious problem with Latinos.

“Most of the data that I’m seeing shows very traditional voting patterns,” he said. “The only thing that’s different is all the pundits are hopped up.”

This week, the FiveThirtyEight polling average had Newsom beating the recall by just more than 4 percentage points. And with more than 4 million ballots already returned, Democrats were far outpacing Republicans, accounting for about 55 percent of early returns, according to the data firm Political Data Inc.

Still, even Democrats expect Republicans to turn out more heavily closer to the election, and Latinos are lagging in early returns, as is typical in the state.

Michael Trujillo, a Democratic strategist in California, said the resurgence of the coronavirus in California may hinder in-person turnout operations, especially in Latino-heavy neighborhoods.

And Newsom’s campaign, even with its investment in turnout, is failing to reach at least some Latino voters.

“My household has five Latino voters, and we haven’t received one piece of mail yet asking for our vote,” said Danielle Cendejas, a Democratic strategist based in the Los Angeles area. “I don’t know that it’s a ‘Democrats are losing Latinos’ as much as, are we effectively reaching out to Latinos and telling them, ‘Here’s what’s on the line.’”