Authored by Lance Roberts via RealInvestmentAdvice.com,

Last week, we discussed that the market was likely starting to adjust for higher rates. As we stated, historically, there is little room for error as higher rates undermine one of the critical “bullish supports” that low rates justify high valuations.

This past week, rates jumped higher, putting a further pause in the stock rally for now. As we stated over the last few weeks, the upside remains limited with the money-flow sell signal still intact. (The vertical dashed blue line denotes when the signals initially triggered.) 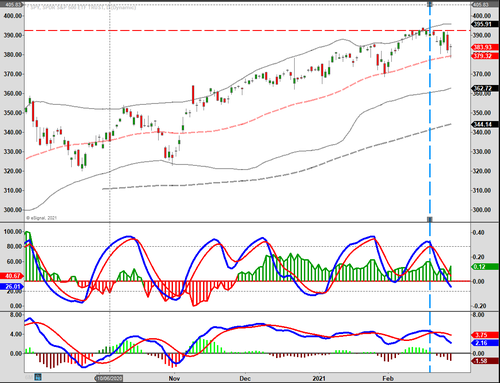 Thursday morning before the market opened, I discussed the two areas we watch very closely: the 10-year treasury rate and the volatility index. Both were on extremely oversold signals, and if they turned higher, such would suggest a continued correction in the market. That turned out to indeed be the case.

Currently, as shown above, the money flows remain positive, but “sell signals” are firmly intact. Such suggests downward pressure on prices currently.

We do expect that market will likely muster a short-term oversold rally next week. However, the risk of a continued correction in March is likely if money flows deteriorate further. It is advisable to use any rallies to reduce equity risk and rebalance allocations accordingly.

We continue to suggest some caution. Despite media claims to the contrary, higher interest rates will matter, as we will discuss next. More importantly, they tend to matter a lot.

The Fed Is Walking Into A Trap

We sent the following market commentary out to our RIAPRO subscribers yesterday morning:

Jerome Powell, Jim Bullard, Esther George, Raphael Bostic, and other Fed members are steadfast in their determination to use an excessive amount of monetary stimulus to promote inflation and growth. The reflationary trade and the weak dollar over the last few months are confirmation that investors believe the Fed is making headway toward its goals.

The problem is that bond investors also believe they are making progress. On Tuesday and Wednesday, Jerome Powell said that he is not concerned about inflation and will keep the monetary pedal to the metal in no uncertain terms. The quotes above are all excellent reasons for bond investors to keep selling.

Selling in the bond market became problematic this week as yields in the economically sensitive 5-and 7-year sectors rose precipitously. Previously, it was 10- and 30-year bonds taking the brunt of selling activity. The shorter, intermediate sectors largely determine mortgage, corporate, and auto borrowing rates.

While the Fed is running accommodative monetary policy, the market is increasingly imposing tighter financial conditions. 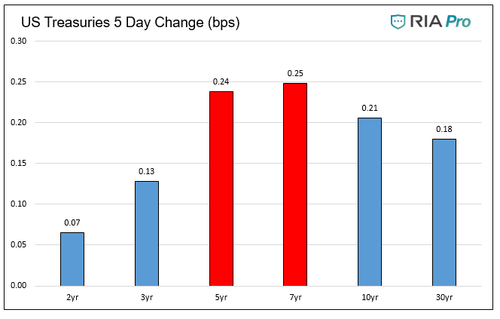 The Fed has a choice. They can watch yields rise to the detriment of economic growth, or they can walk back monetary policy. Doing so requires tapering QE and raising rates. Either action will pose problems for overvalued equity markets based on a tailwind of easy monetary policy.

To put it bluntly, the Fed is walking into a trap where at some point, they will get forced into deciding between rescuing the bond market or the stock market.

Why Higher Rates Are A Problem

It is essential to understand the impact of rates on a heavily leveraged economy.

2) The Federal Reserve runs the world’s largest hedge fund with over $7.5-Trillion in assets. Long Term Capital Mgmt., which managed only $100 billion, nearly derailed the economy when rising rates caused its collapse. The Fed is 75x that size.

5) One of the main bullish arguments over the last 11-years remains stocks are cheap based on low interest rates. That will change very quickly.

6) The negative impact on the massive derivatives market could lead to another credit crisis as rate-spread derivatives go bust.

7) As rates increase, so do the variable rate interest payments on credit cards. With the consumer already impacted by stagnant wages, under-employment, and high costs of living; a rise in debt payments would further curtail disposable incomes. Such would lead to a contraction in spending and rising defaults. (Which are already happening as we speak)

8) Rising defaults on the debt will negatively impact banks that are still not adequately capitalized and still burdened by massive levels of bad debt.

9) Commodities, which are sensitive to the direction and strength of the global economy, will revert as economic growth slows.

10) The deficit/GDP ratio will surge as borrowing costs rise sharply. The many forecasts for lower future deficits will crumble as new estimates begin to propel higher. 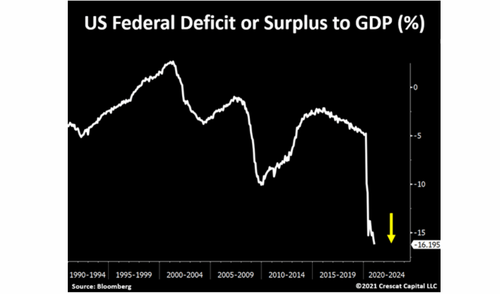 I could go on, but you get the idea.

Putting It In Pictures

The ramifications of rising interest rates apply to every aspect of the economy.

Currently, the economy requires almost $4.50 in debt to manufacture $1.00 of economic growth. Given the dependence on debt to fund growth, higher interest rates would be inherently destructive. 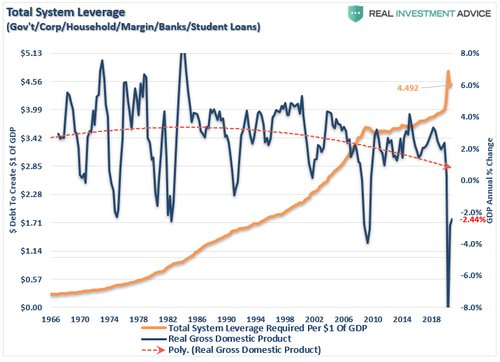 More importantly, consumers have sunk themselves deeper into debt as well. Currently, the gap between wages and the costs of supporting the required “standard of living” is at a record. With a requirement of over $16,000 in debt to maintain living standards, there is little ability to absorb higher rates before it drastically curbs consumption.

The annual deficit of over $4000 to make up the gap between the cost of living and current incomes increases debt loads on consumers. Higher interest rates will further absorb discretionary incomes into debt service. 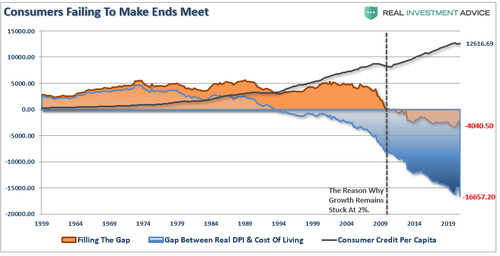 “But what about those charts that show the average American has deleveraged themselves? “

The vast majority of the deleveraging only occurred in the top 20% of income earners, which you would expect. It is hard to suggest that a family barely making ends meet before the pandemic crisis suddenly found excess cash flow to pay off debt. 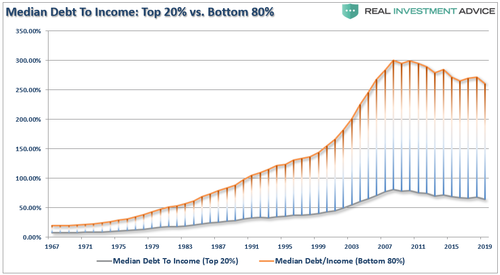