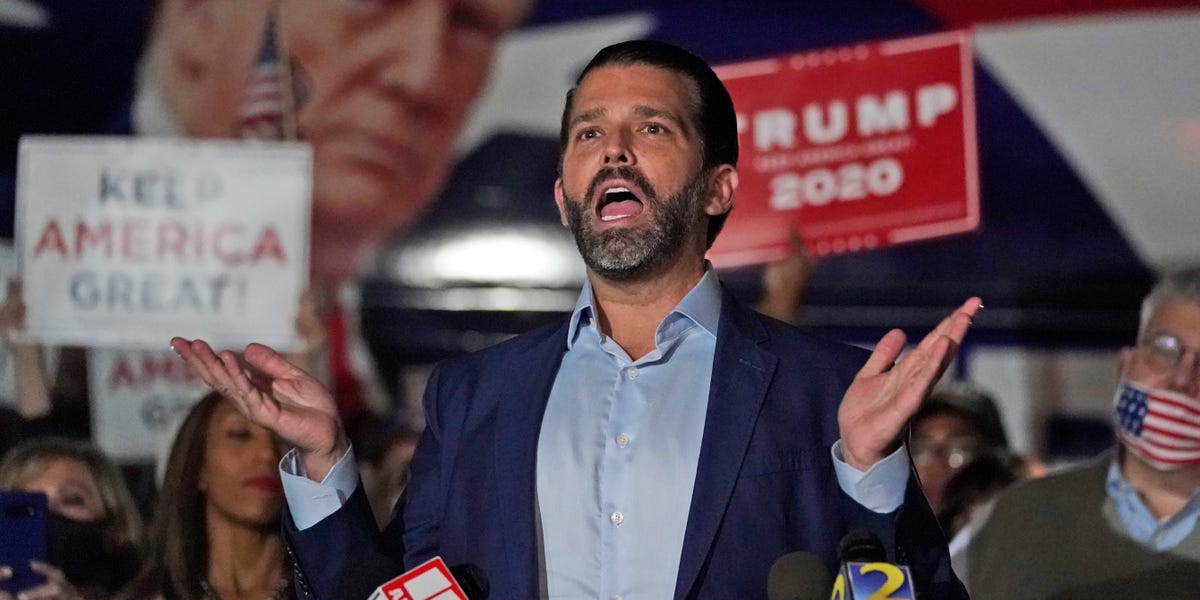 Donald Trump Jr., the eldest son of former President Donald Trump, lobbied aggressively against David Chipman, President Joe Biden’s nominee to lead the Bureau of Alcohol, Tobacco, and Firearms, whose nomination the White House said it would withdraw on Thursday amid pushback from moderate senators.

In the evenly divided Senate, Chipman’s confirmation would have rested on red-state Democrats, including Joe Manchin of West Virginia and Jon Tester of Montana, who face strong pro-gun lobbies and pressure from the right.

Trump Jr. targeted those lawmakers, publishing op-ed articles in newspapers in Montana and West Virginia in which he called Chipman “the greatest threat” to Americans’ Second Amendment rights and said he would “shred” the amendment.

“We would be taking a guy whose current job is to advocate for guns being taken away from law-abiding citizens, and actually give him the power to do it,” Trump Jr. wrote.

Trump Jr., a businessman and political activist who opposes virtually all gun restrictions, repeatedly claimed that Chipman would forcibly remove firearms from Americans who own them legally — an apparent reference to Biden’s support for so-called red-flag laws, which would temporarily take guns away from people deemed dangerous by their family members, law enforcement, or medical professionals.

“I want all of you guys to call your senators … and make sure that this guy doesn’t get confirmed,” Trump Jr. said during a speech at the Conservative Political Action Conference in July. “Ask them, are they going to nominate someone that says they’re going to take your guns away, your AR-15?”

Tester, Manchin, and other key centrist senators wouldn’t say how they’d vote on Chipman or said they opposed his nomination. Republican Sen. Susan Collins of Maine, who’s voted for several of Biden’s nominees, announced in June that she wouldn’t support Chipman, calling him “unusually divisive” and “an outspoken critic of the firearms industry” who “has made statements that demean law-abiding gun owners.”

Anti-gun-control groups also poured money into opposing Chipman’s nomination. In its campaign against Chipman, the National Rifle Association’s lobbying arm called him “a gun control extremist” who “cannot be trusted.”

The ATF, which is charged with enforcing the country’s federal gun laws, has had only one Senate-confirmed leader since 2006, in part because of intense lobbying by the NRA and other pro-gun groups. Even the Trump administration’s nominee was brought down by Republican activists and lawmakers.