Don’t be jealous of holiness. Imitate it instead. 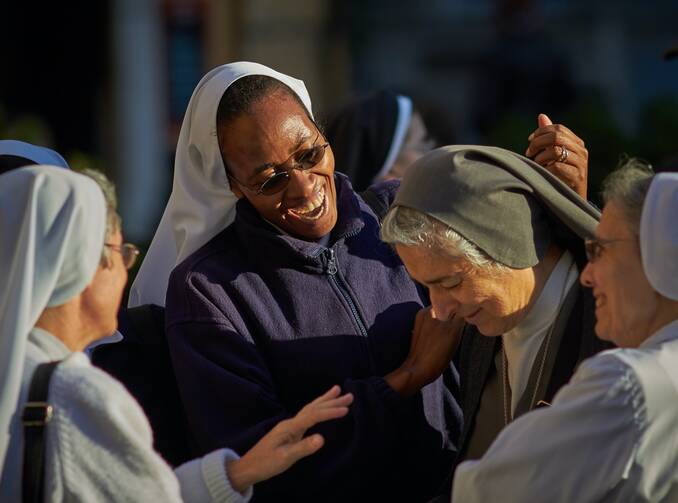 A Reflection for the Eighteenth Sunday in Ordinary Time

At the time of their dissolution, there were some 900 monasteries, priories, convents and friaries in England, Wales and Ireland. James G. Clark seeks to show how much a part of Tudor life these religious houses were—economically, culturally and spiritually—which is why it might take you longer to read The Dissolution of the Monasteries: A New History (2021) than it took King Henry VIII to dissolve them.

But perhaps a small scene, which took place on the Feast of the Assumption in 1537 at Worcester Cathedral Priory, illustrates not only the Reformation loss but also the continued role of religious life in the church today.

An incident was caused that day when a layman, Thomas Evans, “entered unto our lady chappel with in the monastery…bendled downe and seyed a pater noster and an ave and kissed the image [of our Lady].” Evidently, an initial act of reformed piety had been to remove the statue’s cloak and jewels. Evans told the gathering crowd that although they had taken away her coat and jewels, Mary’s likeness deserved our prayers “havyng a remors unto here above than hitt was before.”

We are all called to be saints, are we not? Sanctity should be sought by each of us in the life of the home, in the circle of the family.

The ruckus was not the result of Evans breaking into a monastic enclosure. Then, as now, monastic life and its environs were a mixture of the restricted and the readily received. Monastic lady chapels were frequented by the laity. No, it was the intensity of Evan’s gesture that caused the ruckus. Then, as now, churches do not think of their statuary as suitable for kissing.

Perhaps you have visited monastic ruins in Europe and wistfully imagined the life that they represent. You may have had a similar feeling driving past a country church or even walking by an urban parish on a busy street. “Oh, but to go in and to surrender to that world!” Simply seeing pictures of habited religious can evoke the same feeling. “What would it be like to enter and to belong in this scene?”

The promise of the Protestant Reformation was that reverence would spill out of the ruptured monasteries and become a staple of lay life. We are all called to be saints, are we not? Sanctity should be sought by each of us in the life of the home, in the circle of the family. That was the premise.

We are not meant to envy the intimacy or intensity of religious life. We are called to imitate it.

Five centuries after the Reformation, one has the sense that the sanctity of home and family life is itself imperiled, and we gaze more wistfully than ever at habited religious and their distinctive way of living. We are jealous of a life that seems to stand amid the waves of change like an island of calm.

But we are not meant to envy the intimacy or intensity of religious life. We are called to imitate it.

It is in the nature of the church, part of the variegated fruitfulness that the Lord gave to her, to have distinct expressions of our common life in the Spirit. Holiness has hues. This process begins in the Gospels, when our Lord tells most of the people whom he encounters to return home and proclaim what God has done for them. But he says to some others, “Come and follow me!”

What we call the “evangelical counsels”—the desire to imitate our Lord in his life of poverty, chastity and obedience—continue to call men and women into religious life in the church. Likewise, the celibacy that our Lord chose for himself remains a gift he gives to others for the life of the church.

You are called into Christ, no less than the one whom you envy. How you are going to live out that summons is a good question. The even better one is when.

Culturally, we have begun to use the word “celibate” to mean only that one is unattached. Its spiritual meaning is much deeper. It says that one has allowed an unseen world, a cloaked companion, to claim in this life one’s flesh and psyche.

But each of these charisms is a bit like Thomas Evan’s rush to kiss the image of our Lady. They are enthusiastic expressions of the Holy Spirit, variations upon the basic character of Christian life. This world, both wonderful and wounded, is not our home. All Christians must remember that we are called to both dwell here and, at the same time and in the same life, inhabit another unseen world.

If you were raised with Christ, seek what is above,
where Christ is seated at the right hand of God.
Think of what is above, not of what is on earth.
For you have died,
and your life is hidden with Christ in God.
When Christ your life appears,
then you too will appear with him in glory (Col 3:1-4).

So often in the life of the church, it is those who desire to live in the unseen world who have the greatest impact upon the visible one. And perhaps that is the only way to know that you truly live in another world: if you are indeed an agent for change in this one.

We have always known that God alone grants the grace to be holy. Someone can appear to be striving for it only to become a most lamentable Icarus. Yes, priests and religious, celibates, married couples and the single—we all fail to be who we are meant to be in Christ; yet he continues to call all of us to imitate facets of his life within our own.

The next time you are envious of another’s vocation, remember that it exists to remind you of your own, to inspire you. You are called into Christ, no less than the one whom you envy. How you are going to live out that summons is a good question. The even better one is when.