Don’t turn Lent into a competition 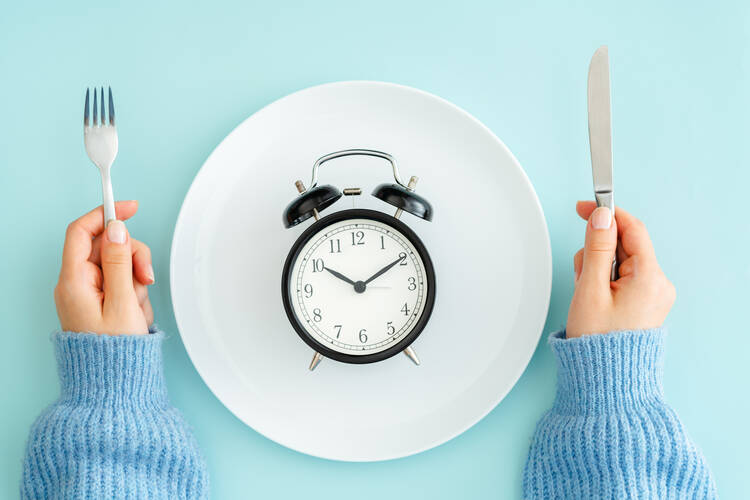 A Reflection for the Tuesday of the Second Week of Lent

I recently joked that the Venn diagram of Catholics and busybodies is just a single circle. Although I was kidding, I do think that we as Catholics just cannot help but have a bit of natural curiosity about how other people live their faith. There are so many different ways of understanding and practicing Catholicism that I think it’s pretty normal to want to peek at how others are doing it. But it can become a problem when it crosses the line from curiosity to judgment.

Finding and respecting that line can be an especially difficult challenge during Lent when people are making and publicly discussing Lenten sacrifices and commitments. It’s not a bad thing to ask what people are doing for Lent—it can be a great way to get inspired by others and enjoy the shared culture of being Catholic! But there is a danger of comparing or judging what other people are doing.

It’s not a bad thing to ask what people are doing for Lent—it can be a great way to get inspired by others. But there is a danger of comparing or judging what other people are doing.

It seems pretty obvious that we should not shame others for their observances. But I think there can also be a temptation to look at other people’s Lenten observances as a way of measuring ourselves. Compared to our neighbor or friend, is what we are doing enough? Is it hard enough, holy enough, creative enough, interesting enough? Do we need to go bigger, do better, be more intense?

I used to know somebody who would join me at the gym to unsubtly compete with me as I did my casual, once-a-week workout. She would crane her neck to read the display on whatever machine I was using, exercise furiously until she surpassed whatever I had done by .1 of a mile or a couple of calories, and then declare that we should both stop and get off the machines. Her need to one-up me said a lot about her own dissatisfaction with herself. She wasn’t happy just exercising; she felt she needed to exercise specifically more than me to feel like she had done enough, regardless of how long we were in the gym for.

This is a trap that I think Catholics can fall into during Lent. If you are trying to pray for five minutes a day but someone tweets that they are trying to pray for 50, does that mean you aren’t doing enough? The solution can seem like finding somebody who is doing less than you to feel better about yourself, or to keep increasing your observance until you are doing more than the others around you.

Even when it is done with the best of intentions, when Lent turns into a competition, it loses its meaning. After a certain point, when sacrifices become too restrictive or we find ourselves talking about them too much, it can become not about God anymore but about our own feelings of inadequacy or our desire to have the biggest or holiest observance. And then it becomes hard to actually follow through on the giant sacrifices we have promised and posted online about.

Today’s reading warns about the behavior of the Pharisees, that “they preach but they do not practice” and “all their works are performed to be seen.” So long as your observance is about you and God, it can be fun to talk about and share with other Catholics. But when it becomes about boasting, self-measuring or competing, it is time to recalibrate.

Do you cheat on Sundays? It depends on whether I’m giving something up or trying to do something additional. I think it’s fine to take a break and eat chocolate chip pancakes on Sundays. (I’m biased; it’s a family tradition.) But you probably shouldn’t use the day to take a break from trying to pray more or have more patience.

Favorite non-meat recipe I love to do easy Asian-inspired cooking. A really simple, tasty meal is a fried egg with soy sauce over rice with a side of oyster sauce steamed lettuce. You can even steam iceberg lettuce in the microwave by rinsing it off, covering it on a plate with a damp paper towel, and microwaving for about 2:30. Make a double batch of rice and make fried rice the next day!

Favorite Easter art It’s not quite art but a relic! Several years ago, my family was in Rome for Easter. Our plans for the day becoming somehow waylaid, we ended up attending a vigil Mass at a random nearby church. To our total shock, after Mass, the priest asked if we would like to see the severed head of John the Baptist; we had stumbled into the Basilica of San Silvestro. He opened up what looked like an unassuming closet, and sure enough, there was the skull. Only in Rome!