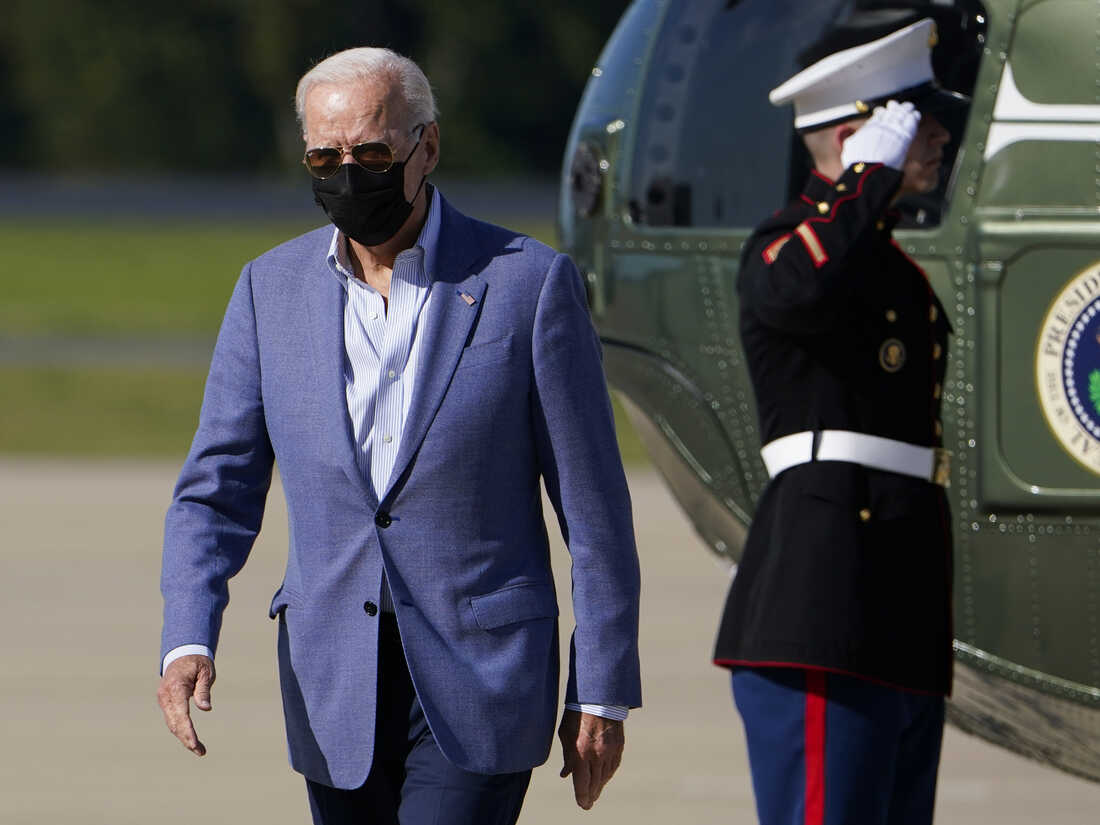 President Joe Biden flew to Delaware aboard Marine One Saturday. After a turbulent week in Congress, the president plans to meet with the Senate next week to discuss the debt ceiling and other agenda items. Manuel Balce Ceneta/AP hide caption 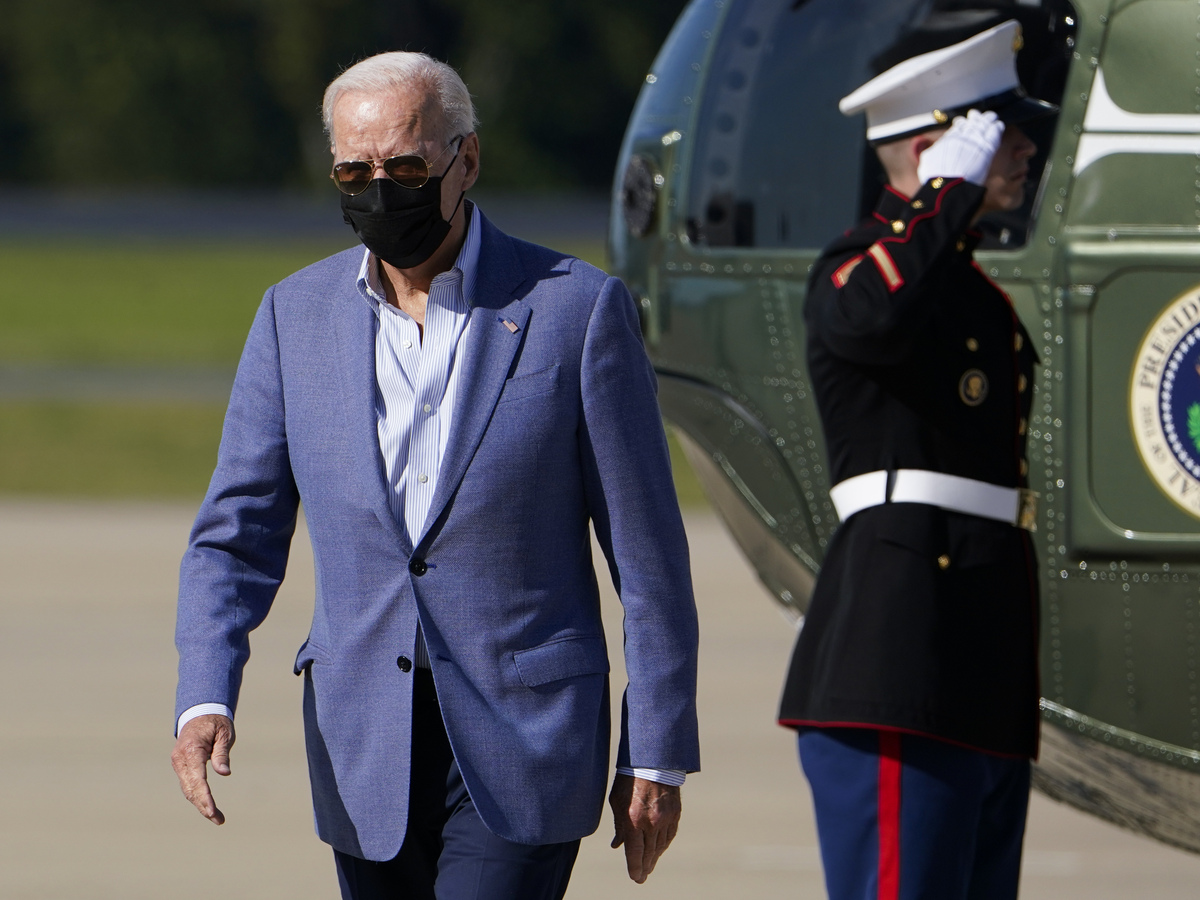 President Joe Biden flew to Delaware aboard Marine One Saturday. After a turbulent week in Congress, the president plans to meet with the Senate next week to discuss the debt ceiling and other agenda items.

Before boarding Marine One from the South Lawn of the White House on Saturday morning, President Joe Biden told reporters that a lot has been going on recently, such as “hurricanes and floods,” which is why he says he hasn’t been promoting legislation that covers the bulk of his domestic agenda.

Be that as it may, the president said he is confident that both his Build Back Better agenda and a bipartisan infrastructure bill will go through, despite House Democrats’ failure to reach an agreement on the bill this week. But Biden has avoided issuing any new deadlines.

When asked if he had a message to moderates frustrated about the hold-ups, the president said, “Everybody is frustrated. It’s part of being in government — being frustrated.” Asked if he, too, was frustrated, he said he wasn’t.

The government narrowly avoided a shutdown on Thursday after the president signed a short-term funding bill, buying Biden two months to work with Congress to pass two of his high-profile agenda items. After talks with the House Democrats Friday, the president remained optimistic that both the infrastructure deal and his agenda would come to fruition. However, it could take time, he said.

White House Press Secretary Jen Psaki said in a statement on Saturday that Biden left Friday’s closed meeting “with the firm belief that there was a shared commitment from across the Democratic Caucus to deliver for the American people.”

Biden will continue negotiations with lawmakers in both the House and the Senate through the weekend, Psaki said. Next week, the president plans to host lawmakers at the White House, and work with senators to resolve the debt limit dilemma, before taking to the road to advocate for his Build Back Better agenda, according to the press secretary.

Biden told reporters that he hopes Republicans don’t go so far as to filibuster a plan to raise the debt limit, calling the potential move “irresponsible.”

“That would be totally unconscionable,” Biden said, before flying home to Delaware on Saturday.

Ultimately, Biden believes both bills should be able to pass independently, without reconciliation, but that the support isn’t there just yet.

However, House Speaker Nancy Pelosi, D-Calif., said in a Friday letter to Democratic colleagues that she believes the infrastructure bill will pass once both parties can agree upon a reconciliation bill.

“The conclusion to draw from this week is very clear: Clumsy efforts at partisan jams do not work,” McConnell told the Senate on Thursday. “We’re able to fund the government today because the majority accepted reality. The same thing will need to happen on the debt limit next.”

The Build Back Better agenda — which aims to create jobs, cut taxes and lower costs for working families, with a focus on climate change mitigation, according to the White House — will be paid for by high-income taxes and wealthy corporations. Meanwhile, the $3.5 infrastructure package, one of Biden’s top priorities, intends to improve America’s roads, bridges, power grids, internet and more.